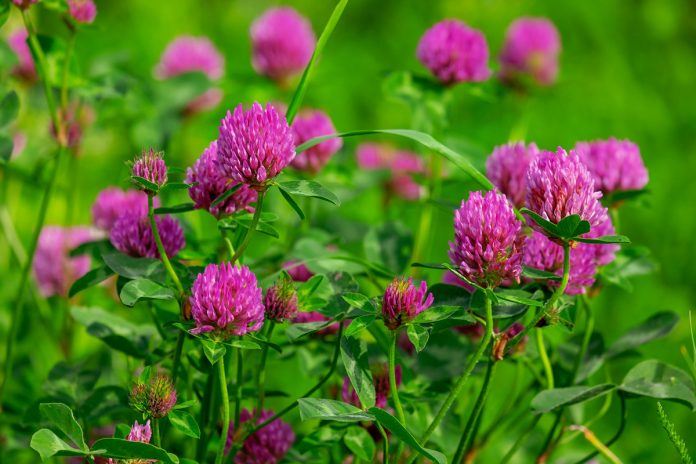 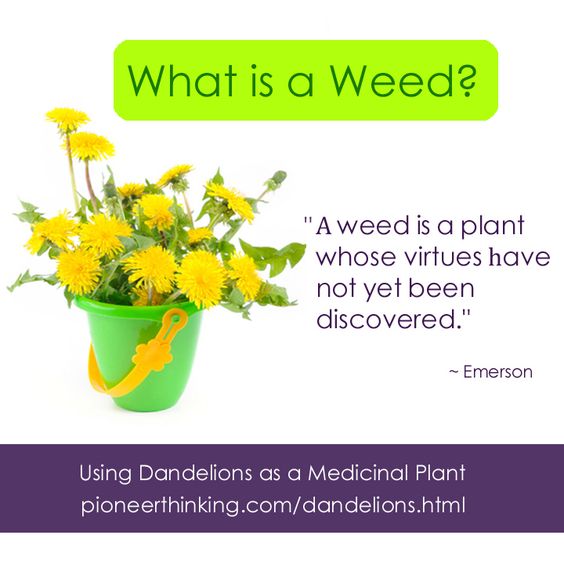 “What is a weed? A plant whose virtues have not yet been discovered.” ~Ralph Waldo Emerson

I love using that which others throw away. I am not sure if it is the frugal in me, or just the desire to help the planet survive mankind. Either way, it is fun learning about all of the food sources that surround us but which we ignore. I learned some of this researching for a novel about the War of 1812 (I wanted a character who could cook the men good food with some of the local flora) and the idea of forest gastronomy. So in that spirit, here are some more weeds that might well be growing in your yard or garden (unless you are an obsessive weeder, as I am), which can be eaten and are good for you.

Most of us have spent some time looking for the elusive four-leafed clover, but even the three-leafed variety is a treasure. They are both tasty and rich in nutrients, especially the red ones; you will get calcium, lecithin, chromium, phosphorous, magnesium, niacin, potassium, silicium, thiamin, vitamins A, E, C, B2, B3, and one of the really important ones, isoflavin. Just throw the raw leaves onto a salad and enjoy.

Isoflavin has been useful in fighting cancer, helping prevent breast, ovary, and lymphatic cancers (according to studies), and actually eliminating some cancer cells. Clover helps to detoxify lymph, lungs, liver, kidneys, and blood, and is useful in decreasing concentrations of uric acid, which can lead to gout. It also reduces congestion in the salivary glands, lessens arthritis pains, and reduces inflammations of the eyes. It is also believed to create a calming effect and will lessen the hot flashes that women endure during menopause. It is also believed to reduce bone loss, and even strengthen bones in pre-menopausal women.

There is also evidence that it reduces the risk of prostate cancer in men, by blocking an enzyme that is thought to be one of the causes of prostate cancer. There is further evidence that red clover helps reduce the bad cholesterol (LDLs) and increase the good ones (HDLs). Red clover also contains coumarins, a chemical that prevents the blood from becoming thick and gummy, which can lead to blood clots.

Stellaria Media is the scientific name, but is known by many others (stitchwort, satin flower, adders mouth, winter weed, etc… ). Like clover, just add the leaves to your salad, raw, or make a tea with it. They are quite tasty. These common weeds are also filled to the brim with healthy nutrients, such as beta-carotene, calcium, coumarins, flavonoids, magnesium, niacin, potassium, riboflavin, selenium, thiamin, and zinc.

Chickweed helps to relieve constipation, has anti-inflammatory properties, and helps reduce and eliminate ovary and breast cysts. It also contains saponins, which increase the permeability of cell membranes. This, in turn, allows the body to absorb more nutrients, especially minerals. There are also a dozen home remedies that involve chickweed, since it breaks down unwanted bacteria, cysts and tumors and mucus, as well as sooths and reduces inflammation.

Aka Lambs Quarters, and it is similar to spinach, but it is healthier and tastier. Eat only the fresh leaves (discard the older, wilted ones). One cup of goosefoot will provide ten times your daily requirement of vitamin K, three times vitamin A, all of your vitamin C, and half of your needed calcium and magnesium. It also contains thiamin, niacin, riboflavin, iron, manganese, copper, potassium, and fiber. Our own body does not create many of these, and we need an external source to get them. The older leaves contain a lot of oxalic acids, so avoid them. The seeds can also be harvested and eaten, and goosefoot is related to quinoa, and provides the same benefits. It is time-consuming to extract the seeds, however.

Pretty impressive for something that is likely growing in your backyard. It also has medicinal properties. Grind it up into a paste and apply it directly to scrapes, sunburns, or rashes. Brew it into a tea and drink it for help with digestion, inflammation, diarrhea, poor appetite, or stomachaches. Due to the high level of iron, goosefoot is perfect for those suffering from anemia. It helps to increase the blood cell count and helps with circulation. It also has a high level of chlorophyll, which helps remove toxins from our body. Our bodies push toxins away from the organs, towards the fat cells, but chlorophyll helps remove the toxins by binding with them and removing them via urine.

So the next time you are prepared to start yanking weeds and tossing them out, take a look at what you have first. You might be throwing away some really great stuff.

Sean Gillhoolley was born in Montreal way back in 1970, and has moved around a few times since (Toronto, Japan, New York City), but is happy to be back in Montreal. With a degree in Political Science it was only natural that he became an HTML programmer in the mid-90s, went back to school to get his Masters in Education, and is now starting a new business venture with his wife, Shrewd Snackers. The purpose of the business is to provide healthy snack boxes, delivered monthly to the members front door. We currently offer a Gluten-free, a GMO-free, a Kosher Nut-free, and a Kosher box.