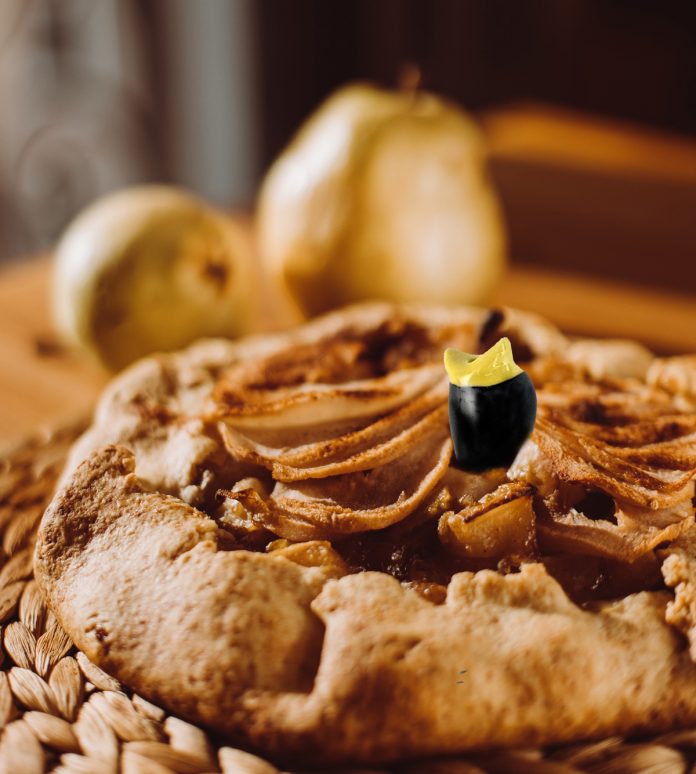 The pie funnel, also known as pie ventilator or pie bird, as the Americans like to call it, is a late Victorian utensil. They were designed to prevent the juices spilling onto the pastry or the floor of the oven and also to support the pie crust and stop it from sagging.

The first recorded pie funnel was manufactured in 1880 by Dean and Morris and it was made in three sizes. Since then 44 different patents and registered designs have been recorded in Britain and many of these can still be bought today. One of the earliest recorded figures was a blackbird, registered in 1933 in Australia by Grace Seccombe as a Pie Crust Lifter. A J Wilkinson (Clarice Cliff) registered a blackbird funnel design in 1936 and many of these were produced, including the all white wartime version – some were stamped Wilkinson, Newport Pottery or, later, Midwinter.

Before the appearance of the pie funnel people would have used an egg cup or even a stick of macaroni. As pies come in different sizes and depths so do funnels and they were often produced in sets. Among these sets are the Adcock Crust Support, Ventilator and Fountain. These early funnels often had wide chimneys for venting the steam from beneath the crust, but also for adding additional stock to the pie during the long, slow cooking process.

If you want to collect pie funnels you are in luck as once upon a time every household in Britain would have had one or several of these. As diet and cooking styles have changed over the last twenty years the pie funnel is no longer an everyday object and is probably stuck somewhere at the back of a cupboard or drawer.

Some pie funnels have fetched quite high prices but you should be able to start a collection for a small amount of money. Check out your local auctions and car boot sales and you should be able to get some of the plain pie funnels quite cheaply. You might also want to check out the internet auction sites as these are useful for researching prices.

Some of the famous china manufacturers such as Spode, Royal Worcester, Denby, Shelley and Grimwade have all produced pie funnels on a commercial basis but it was Grimwade that produced the widest variety of designs, five of which are patented or design registered. Among them are the ‘figural elephant pie funnel/ring holder’, which was produced in white and grey, to the ultimate ‘Bleriot Pie Divider’ produced in three different sizes, which separated the pie dish into two parts so that two different meats or fruits could be baked in the same pie. Each of these dividers came with their own specific patented pie dish.

‘The Improved Pie Funnel’ was produced by Grimwade and it is quite rare and it sold so well that an updated version was produced and named ‘The Improved Popular Pie Funnel’. These came in various sizes, advertising early grocery and china shops as well as department stores around the world, from T W Robinson Co Ltd of Moose Jaw in Canada to Ritchies of Dunedin in New Zealand as well as from all over the UK.

While the majority of pie funnels are made from pottery there is also quite a selection made from Pyrex glass, aluminium and plastic. The majority of the early examples were produced commercially by larger potteries that manufactured a wide range of white ware, but later the smaller potteries produced limited editions of real works of art. In the forefront was Stuart Bass, who has produced over 300 different designs since the mid-1970s.

A book called British Pie Funnels has been produced to try to fill in some of the gaps concerning the traditional British pie funnel as there has been little written on the subject. This provides a handy background for any new or experienced collector and some of the illustrations should prove useful when identifying the various pieces.