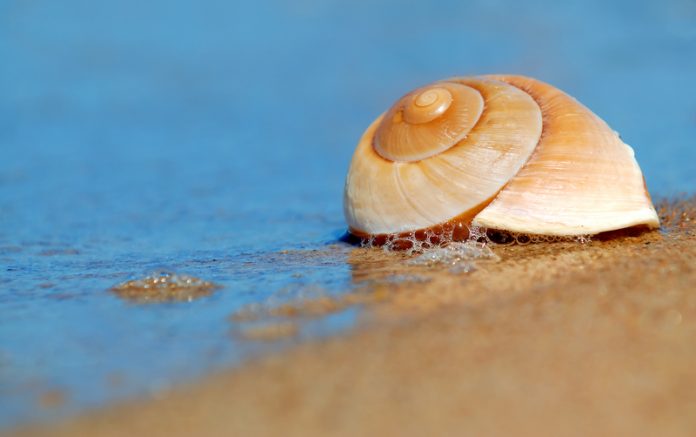 Thin lace curtains floated away from the window in the cool summer breeze, they rustled gently and then fell gracefully at rest again. The sky was clear and blue, not a cloud in sight. The sun was still low on the horizon and the reflection sparkled like diamonds on the rippling surface of the ocean. The house was filled with the smells of the fresh morning and the salty ocean air. The gentle lapping of the waves on the shore was peaceful and soothing. It was a perfect morning and the perfect beginning to a short family vacation.

Grandma G. gathered a cup of hot tea and a good book as she strolled onto the deck and relaxed into a deck chair. The book rested poised on her lap but her gaze remained on the mesmerizing patterns of the sun reflecting on the water. Dolphins played in the distance, racing and jumping out of the water. The scene was so absorbing that she did not hear the soft footsteps that crossed the deck behind her. She was completely surprised when the small hand touched her shoulder and a small voice whispered, “Grandma G., look!”

Grandma G. and Chris snuggled together on the deck chair and watched the dolphins play while the rest of the family slept soundly in their beds. It was a special time, a private time that would be permanently etched in the memory of the child. They watched in silence until the dolphins swam away. Then Chris sighed and looked up at his grandmother with big brown eyes, “that was awesome” he said.

“Would you like to help me with a project?” asked Grandma G.

“I am going to collect seashells and put them into a glass that I can put on the mantle when we get back home. That way, I will always have something special to remind me of this place and this special morning.”

Chris jumped out of the chair and raced into the house. A few moments later he emerged with a bucket, sandals and an enormous smile. “Let’s go,” he said enthusiastically.

While the rest of the family slept, Grandma G. and Chris strolled along the long beach and searched for perfect seashells. They walked in the soft sand where the ocean meets the beach. Farther up the beach, reeds bent and swayed in the gentle morning breezes. Seagulls hovered and balanced on the wind overhead. The waves swirled around their feet and washed away their footprints in the sand. Chris would race ahead, suddenly stop and stoop, then run back with his arm fully extended and a seashell clenched firmly between his fingers. Each time, Grandma G. would examine the seashell, pronounce it to be exquisitely perfect, and place in inside the bucket.

The bucket slowly filled with seashells as the procession continued down the beach. Chris took this responsibility very seriously. Sometimes he would stand in the shallow water and wait for the waves to recede, his hands firmly on his hips and his eyes squinting in concentration. He would pull seashells out of the wet sand and inspect them carefully. The majority of the seashells were thrown ceremoniously back into the ocean and skipped on the surface until they sank into deeper waters. However, a few of the seashells were prize possessions, worthy of carrying aloft and presenting to Grandma G. With time, these prized possessions filled the bucket.

Chris and Grandma G. were holding hands and strolling back to the beach house, quite satisfied with the bounty that they had collected from the sea. Suddenly Chris stopped with his legs and arms spread out in a dramatic display of excitement and awe. He stared in rapt attention as a wave rolled over their feet and then subsided back into the ocean. When the water receded, Chris dug frantically in the sand. He tilled the soft wet sand between his feet with furious intensity. Even as another low wave crashed against his legs and arms, Chris dug and churned the sand.

“What is it?” asked Grandma G. Chris was digging and clawing at the sand with such intensity that she presumed he has discovered a gold coin, a gem or some article of jewelry that may have been previously lost and was now relinquished by the rolling waves. It was apparent that he had caught a glimpse of some treasure and would not be denied in retrieving it.

Just as suddenly as he had stopped, Chris arose with the treasure in his hand. He washed the sand away in the next wave, then inspected it carefully, and finally held it aloft for Grandma G. As he handed the treasure to Grandma G., Chris began to jump and splash in the waves with victorious glee.

Grandma G looked the treasure that she held in her hands. It was just another seashell. It was cracked and incomplete. An entire section of the shell had been broken away and a hole had been worn at the very center of it. Indeed, rather than a perfect shell shape, it resembled the shape of a crescent moon. She gazed at the combination of dull brown, burnt orange and white stripes that rested on her outstretched palm and wondered what the boy had been so enthusiastic to retrieve from the sea.

“Is it beautiful grandma?” exclaimed Chris.

Grandma G. paused for a moment. She was confused but did not want to disappoint the excited child. She looked at the incomplete seashell one more time and finally said, “Chris, this one is broken, it is missing a part of it and it has a hole, right in the middle. Is this what you wanted to show me?”

Chris marched solemnly through the shallow water and took his grandmother’s hand in his own. He pulled her hand down to the edge of the water, gently cradling her hand between his own hands and protecting the fragile seashell. “Watch this,” he said.

Then Chris turned the shell over in his grandmother’s hand so she could see the inner side of it. He cupped water in his hand and poured it over the seashell, and as he did, a silvery rainbow glistened in the still morning sun. Upside down, the seashell was like a small basin, but the water slowly escaped through the small hole at the center and eventually the silvery rainbow disappeared. Chris watched in rapt attention, cupped his hands to pour water into the seashell and repeated the process several times.

“You see Grandma, it’s just like you taught me. It may not be the perfect shape, and it may not look like all the others, but it is the most beautiful seashell and it is God’s creation. You just need to know how to look at it.”

Isn’t it amazing how the lessons that are passed from mother to child can come back to us across generations and in such unexpected ways?

“My mother had a great deal of trouble with me, but I think she enjoyed it.” – Mark Twain

“The art of mothering is to teach the art of living to children.” – Elain Heffner, O Magazine, May 2003

“The most important thing she’d learned over the years was that there was no way to be a perfect mother and a million ways to be a good one.” – Jill Churchill, O Magazine, May 2003

“Sometimes the laughter in mothering is the recognition of the ironies and absurdities. Sometime, though, it’s just pure, unthinking delight.” – Barbara Schapiro, O Magazine, May 2003

Set Your Home Up for a Cozy Winter