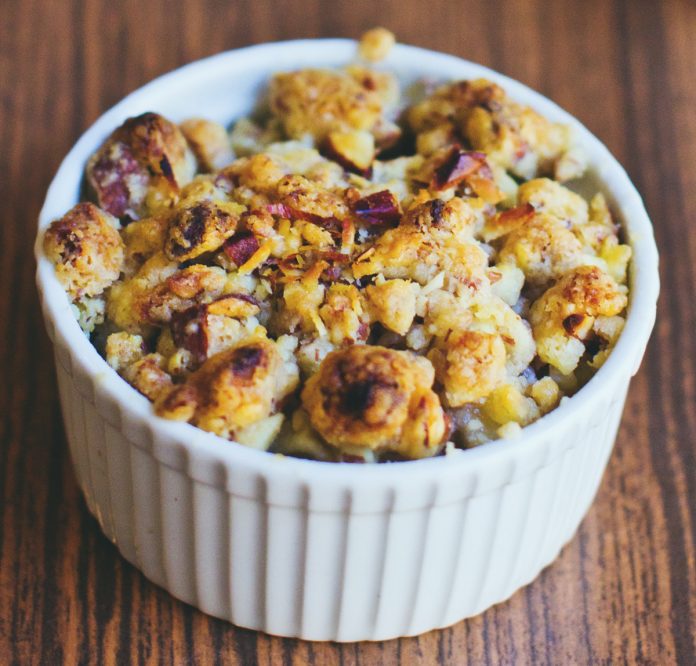 Like peanut butter and jelly or French fries and ketchup, I believe apples and cheese were meant to go together. The British have a catchy way of saying the same thing: “Apple pie without cheese is like a kiss without a squeeze.” Indeed, until recent, calorie-conscious times, you’d get asked “With cheese or ice cream?” whenever you ordered apple pie, whether at the local diner or a fine restaurant.

It is the apple, not the pie, which makes the marriage with cheese perfect. Any sliced apple tastes better when paired with it, whether the cheese is mild, commercially produced Alpine Lace from the supermarket or the most aristocratic, artisanally made Stilton. My choice, though, would be a nice Cheddar.

Cheddar cheese is named after a town in England, though it has not been made there for ages. Indeed, today, prize-winning Cheddars are produced in Vermont, California, Oregon and elsewhere in the U.S. The process for making them, called cheddaring, refers to chopping up curds made from scalded cow’s milk into fine pieces. These are then pressed and compacted into large cylindrical drums that are aged for at least six months.

Cheddar is a cream-colored cheese, although fine cheesemakers as well as commercial producers sometimes use anatto, a natural colorant, to tint Cheddar orange. As milk prices have escalated over the past couple of years, so has the price of cheese – but you can find domestically produced two- and three-year old Cheddars that are a bargain, relatively speaking. They make perfect grilled cheese sandwiches and flavorful macaroni and cheese. You can even buy reduced-fat Cheddars produced in Vermont and Oregon.

For me the sharper the Cheddar, the better. My favorites, crumbly and dry, are aged three years or more. In this unique crumble, I find low-fat Cheddars lack the ideal edgy flavor. Instead, I use the sharpest one I can find, in smaller quantity, and savor every bite.

In the prepared baking dish, combine the apples, currants, and shredded cheese, then spread them in an even layer.

In a mixing bowl, combine the oats, flour, cinnamon, ginger, nutmeg, and salt. Using a pastry cutter or heavy fork, cut in the cold butter until the mixture resembles coarse moist sand, 3-4 minutes. Sprinkle the topping over the filling, covering it evenly. Do not press the topping down.

Bake for 30 minutes, or until the apples are bubbling and tender and the topping is cinnamon brown. Let the crumble stand 15 minutes before serving. Spoon the crumble into shallow dessert bowls and serve warm.