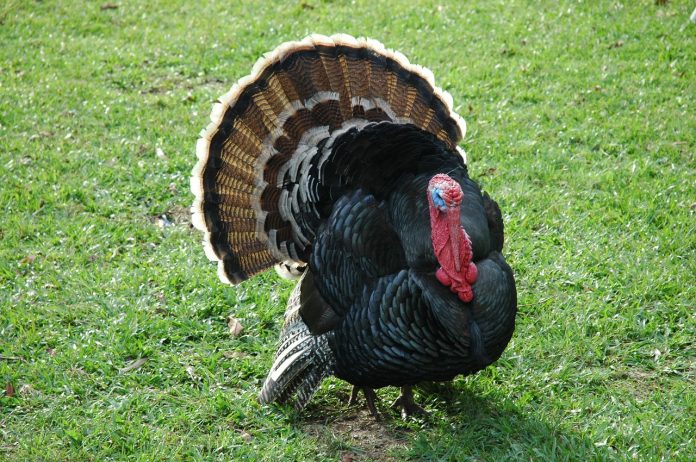 Terminologies and Interesting Facts You Should Know When Raising Turkeys

Ideally, before you raise turkeys, it is helpful that you know the terminologies and interesting facts about turkeys so that you wouldn’t be thrown off guard when you read any related materials about turkeys. Raising turkeys on a small farm can be fun and profitable because they can be rotated like any other cash crop on your property. If you have a few acres that you could rotate pastured turkeys on, this could be a good side business for the small farmer.

Here are some terminologies to broaden your horizon when you raise turkeys:

Young one of turkey.

The fleshy protuberance near the base of the beck.

The fleshy protuberance on the head and neck usually pink or red in color which appear from about 5th week of age.

A large flap skin seen immediately below the chin.

A tuft of hair attached to the skin of the upper chest region.

The development of caruncles and this is supposed to indicate the most difficult time in the life of young turkey.

Poults should be debeaked to control feather picking and cannibalism. Debeaking can be done at day old or 3-5 weeks of age. Remove the beak at about one half the distance from nostril to the tip of the beak.

Removal of the snood or dewbill is to prevent the head injuries from picking and fighting. At the day old the snood can be removed by thumbnail or finger pressure. At 3 weeks of age it can be cut off close to the head with sharp scissors.

Clipping is done at day old by removing the tip of the toe just to the inside of the outer most toe pad including the entire toenail.

When most people think of a turkey they think of Thanksgiving dinner. While most who raise turkeys raise them for eating, some keep turkeys as a pet. And some do both, keep some as a pet while eating the others. There are many different breeds of turkeys, however there are two varieties, domestic and wild. The wild turkey lives and breeds in the wild and some are kept as pets. It can fly and is said to be smarter than the domestic.

The turkeys crop is also called the craw. When turkeys feed they swallow lots of food which is stored in their crop. They then go to a safe place to loaf and process the food. Before you raise turkeys too, you need to know that turkeys don’t have teeth, but they grind their food (even hard seeds and nuts like acorns) in their second stomach, the gizzard. This is the muscular stomach below the crop which is the glandular stomach. Look for the gizzard in the giblet bag.

Andrew Grey is the author of “The Essential Beginners Guide To Raising Turkeys”.