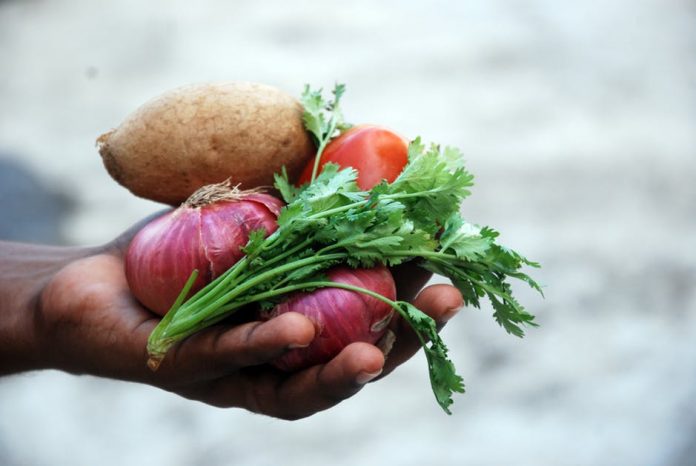 Companion planting is the placement of various crops in close physical proximity to on another so as to symbiotically compliment the progress of each other. It’s important to select two plants that have similar light, soil and water requirements. It is also important that they are not susceptible to the same blights.

One traditional practice was planting of corn and pole beans together. The cornstalk would serve as a trellis for the beans to climb. The inclusion of squash with these two plants completes the Three Sisters technique, pioneered by Native American peoples.

Companion planting was widely touted in the 1970s as part of the organic gardening movement. It was encouraged not for pragmatic reasons like trellising, but rather with the idea that different species of plant may thrive more when close together. It is also a technique frequently used in permaculture, together with mulching, polyculture, and crop rotation.

The combinations of plants also make for a more varied, attractive vegetable garden. Many of the modern principles of companion planting were present many centuries ago in the cottage garden.

Companion plants can benefit each other in a number of different ways, including:

Corn, potatoes, peas, beans, cucumbers, pumpkin, squash are all good neighbors of corn. Planting sunflowers with corn is said by some to increase the yield.

Sweet corn in a heavy feeder that takes nitrogen and other nutrients from the soil. Plant some climbing beans at the base of each corn stalk. The stalk will support the beans, while the climbing beans’ roots will fix nitrogen from the air into the soil where it’s needed most.

Onions are good neighbors of beets, cabbage, carrots, celery, cucumber, lettuce, pepper, squash, strawberries, tomato, bush beans, pole beans, peas. Do not plant onions or other members of the Amaryllidaceae family in the same soil for more than one season. Rotate the crops to various sections of your garden space from season to season. Planting chamomile with cabbage and onions improves growth and flavor.

Raspberry grows well with marigold, rue, tansy but should not follow: eggplant, tomatoes, potatoes, peppers or raspberries in the crop rotation. These crops are susceptible to verticillium wilt and similar blights, to which most raspberries are also susceptible.

Plant tomatoes away from corn, potatoes, peppers, eggplant, fennel and kohlrabi as they have too many pests in common.

Don’t plant tomatoes near nut trees, the roots of many of these trees secrete a phytotoxin that is toxic to tomatoes. Walnuts for instance, will kill almost anything within reach of their roots

Sage can be planted with cabbage, carrots, strawberries and tomatoes to enhance their growth.

Richard Rajotte has been an avid Gardener since the age of ten, over 40 years. He has written a number of gardening articles primarily under the pseudonym Abigal Gordon. He also writes on Biblical History and archeology, as well as “pseudo” scientific and historical topics.  luv2garden.com