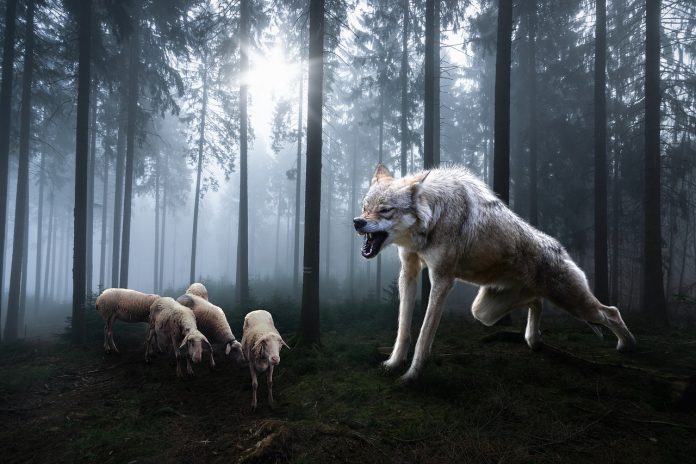 Sheep producers in all corners of the United States are faced with single type of predator or an additional, whether it’s the wolf and coyote in Montana or a dog in Massachusetts. The mainly harmful of predators to a sheep business is the one causing the largely difficulty at that particular period and in that place.

Predation of sheep and lambs is a more serious drawback than many realize. According to facts released by the National Agricultural Statistics Service (NASS), consider the following:

– In 2004, American sheep producers lost an estimated 224,200 sheep and lambs to predators. That is more than 614 animals for every day of the week.
– Predators accounted in support of almost 37.3 percent of entire sheep and lamb losses in 2004, estimate the sheep industry more than $38 million in possible returns.
– Depredation accounts pro 15 percent of the whole cost of sheep production, following single to feed and meadow expenditure.

The management of predation by wildlife is a essential factor of livestock production. Due to the changing community morals over the current past, at hand has been more of an importance on non-lethal methods in support of managing predators. The thought behind this method is to keep hold of the predators in their natural home, while defending livestock at the same instance.

According to NASS, “U.S. Farmers and ranchers spent $9.8 million in 2004 on non-lethal methods to care for their flocks.” The generally usual nonlethal methods include: Fencing, night penning, guard dogs and lamb sheds.

These non-lethal methods are aided in their duties by electric fence, electric guards and noise-making devices. However, these methods are not a cure-all in place of depredation as a number of predators quickly adjust to sounds emitted from noise-making equipment. In reality, sheep’s major predator – the coyote – has been recognized to make use of group strategies to lure guard animals away from sheep.