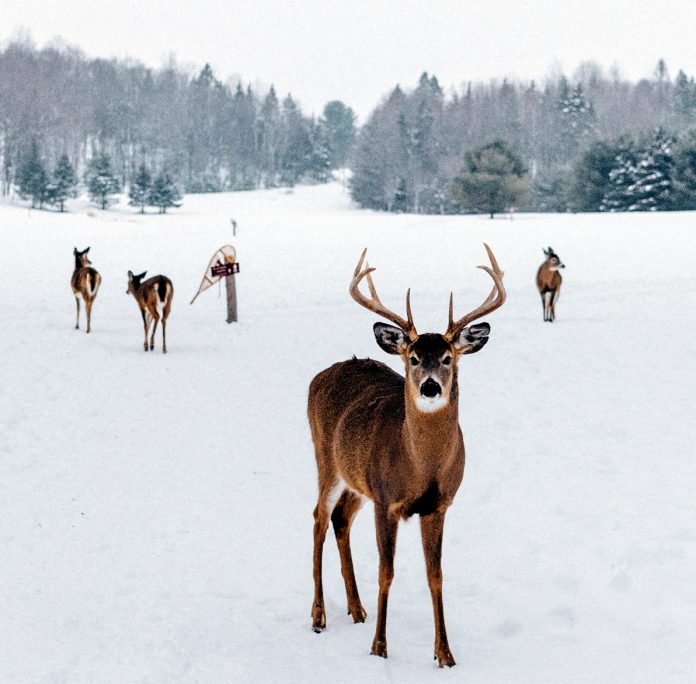 Deer farming is a form of agriculture found on the Asian, European and North American continents. Farms in these widely scattered geographic locations usually raise a native species. There are four main species in Asia: Central Asian red deer, other red deer species, elk (also called wapiti), and the sika. Red deer also inhabit much of Europe, adapting to the local habitat. Other major species of Europe include the large European elk, the spotted and fallow deer.

In North America the whitetail deer is the most common species. Whitetail can be found in all but five states of the United States. Even though whitetail prefer wooded areas and open fields, a species of whitetail survives in the swamps of Florida. Larger than whitetails, mule deer live in the American West.

Deer farming traces its roots to northern Europe where native people have been tending reindeer herds for centuries. Even today, reindeer farmers still tend their herds like their ancestors once did.

Deer farming concentrates on raising the larger species in order to maximize yield. Larger animals produce more meat (called venison) and hides for soft deerskin leather. Especially in Asia, there is a market for antler products. Only males grow antlers which they shed in the winter and regrow in the spring. Antlers are ground and used for a variety of medicinal purposes. A protective coat of what is called deer velvet covers the antlers when they regrow in the spring. Deer farmers harvest velvet which has been shown to be an effective treatment for arthritis and in Asia is used as a male fertility enhancer.

Deer farmers in Europe and Asia typically raise red deer which are native to their areas. Reds are large animals with males (stags) weighing 350 to 530 pounds (160 to 240 kg) and females (hinds) weighing 260 to 370 pounds (120 to 170 kg). Red stags are well-known for their large, heavy racks of magnificent antlers.

In the United States, deer farms generally raise whitetail but there are also a number of mule deer farms. Whitetails are much smaller on average than their red deer cousins. Whitetail stags, especially youngsters, weigh only in the vicinity of 130 pounds (60 kg) while an unusual size mature stag (called buck in American English) will weigh 300 pounds (130 kg). Female whitetails, called does, are much smaller, weighing only 90 to 200 pounds (40 to 90 kg). Although these are smaller than red deer, American deer farming raises native species.