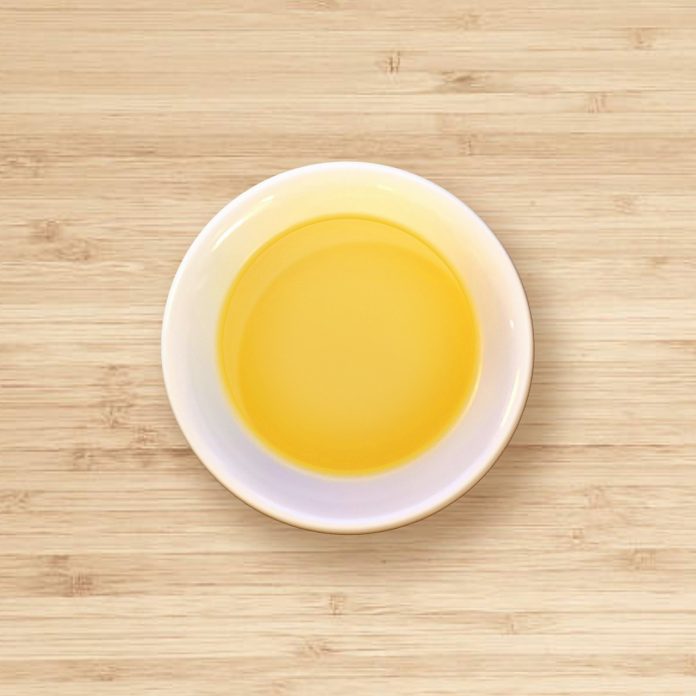 Although soups are sometimes ignored in summertime, they can be refreshingly effective in dealing with sizzling temperatures. And, as a “starter” or first course, they are useful in taking the edge off the appetite for dieters. Soups can also function as a light summer meal, served with a salad and bread and, from a health perspective, offer an interesting and easy way to increase daily servings of vegetables.

The American Institute for Cancer Research (AICR) has developed soups of three distinctly different ethnic styles, based on a basic chicken broth. The broth as well as the soups are easy to make yet rich in flavor, and healthful and light enough to enjoy throughout the summer.

Both hot and very spicy dishes are often used in other culinary cultures to counter hot summer weather, on the theory that the accompanying sweating produces a cooling effect. But, according to Karen Collins, AICR’s Nutrition Adviser, whether or not you use soups for this purpose they are an excellent way to start a meal.

“Soups are a smart and easy strategy to take in a few extra servings of vegetables and other foods that contain health-protective phytochemicals,” she says, “and they help many dieters take the edge off their appetites before the higher-calorie dishes that follow.”

Although most people think making a basic chicken soup from scratch is time-consuming, Collins asserts that it is possible to make one that is low in fat and sodium but still richly flavored, without a lot of time or work on the part of the cook.

Homemade soups that include a variety of vegetables, herbs and spices offer enough flavor to more than compensate for the absence of the unhealthful fats and excess sodium that are found in most processed soups, Collins states.

“Most people recognize that vegetables are rich in nutrients and phytochemicals, but many don’t appreciate how effective herbs are in protecting our health,” she says. In addition to enlivening the flavor of soups and other dishes, their cancer-protective antioxidant activity is often as great as that of produce. Some herbs also offer anti-viral and anti-inflammatory protection as well.

Chicken parts provide a key flavor component in a homemade chicken soup a vast improvement in both flavor and health features over commercial bouillon cubes, which are high in sodium. A few cooking techniques can help eliminate unhealthful saturated fat when using chicken. Advance planning as well as cooking techniques can also reduce the time usually associated with making chicken soup.

The chicken broth recipe below is used to make three soups distinctly different in their ethnic flavors Mediterranean, Caribbean and Asian by using a different “flavor mix” of seasonings for each. The basic broth requires relatively little of the cook’s time or attention only an occasional skimming in the early stages of cooking. And, with advance planning, the broth can be made ahead and frozen in small containers for future meals.

In this recipe, the chicken is gently simmered, a technique that is especially useful with breasts, which can easily dry out in the cooking process. However, for maximum flavor, thighs or other parts of the chicken are recommended.

In some Asian households, a small amount of Mirin, a cooking rice wine, is used in making mild broths in order to impart a delicate flavor and “umami,” or mouth feel, to substitute for unhealthful fats. This custom has been adapted and also adopted for use with the Mediterranean and Caribbean versions, but in each case, the alcohol-based flavoring can be omitted.

To a large pot, add the water and chicken. Add desired Flavor Mix (see below).

Heat the pot, uncovered, over high heat until the water comes to a boil. Immediately reduce heat until the liquid is simmering gently. Continue simmering, occasionally skimming the froth that forms on the surface, for 35 to 40 minutes, or until the meat is thoroughly cooked. To prevent overcooking, a thermometer can be used; the chicken is done when it reaches 165 degrees.

For greater convenience and less time required of the cook, a slow cooker or “crock pot” can be used. When the liquid comes to a boil, carefully transfer first the solid ingredients and then the liquid to an electric cooker that has been preheated at the low temperature. (The cooker should be large enough so that the contents fill no more than two-thirds of the pot.) Cover and cook 8 to 10 hours, according to instructions that come with the cooker. (Instructions can vary according to brand and size.)

Remove the chicken from the pot and set aside until cool enough to handle. Wrap tightly in plastic wrap and refrigerate until ready to use, 1-2 days. Using a large colander or sieve to strain out the other ingredients, transfer the broth to a large container. Discard strained ingredients.

Chill broth in the refrigerator or freezer until the fat has hardened at the top of the broth. Remove the fat and discard. Use the broth to make soup or transfer into small containers suitable for personal use and freeze for future use.

* To maximize the health-protective benefits in garlic, mash the cloves with the flat side of a large knife. Let garlic stand about 15 minutes before using. Remove from soup after cooking.

*Kombu is a dried Japanese seaweed used to impart a delicate flavor and, as with Mirin, the mouth feel (called “umami” in Japanese) normally associated with fats. Rich in nutrients and phytochemicals, kombu can be found in the Asian food section of some large supermarkets or in Asian markets.

** Mirin is a cooking rice wine made from sake. It is found in the Asian food section of some large supermarkets or in Asian markets. Sake, which is less sweet than Mirin, can also be used.

* To maximize the health-protective benefits in garlic, mash the cloves with the flat side of a large knife. Let garlic stand about 15 minutes before using.

The following three soups are made with the chicken broth prepared with one of the three flavor mixes.

Place broth in a large pot. Add the herbs, celery and carrots. Bring soup to a boil, immediately reduce heat to a simmer and cook at a gentle simmer until carrots and celery are almost tender. Add tomatoes and peas. Simmer until all vegetables are tender. Season to taste with salt and pepper. Add cooked chicken (if using) and heat until chicken is hot. Serve immediately.

Place mushrooms in a small bowl and add 1 cup hot water, or enough to cover. Soak until mushrooms are soft. Drain mushrooms, reserving water. Remove stems from mushrooms and cut any large mushrooms into bite-sized pieces.

Using a fine sieve or cloth, strain water used to soak mushrooms and place in a large pot. Add the broth, bok choy, mushrooms and coriander leaves. Bring soup to a boil, immediately reduce heat to a simmer and cook, gently simmering, until bok choy is crisp-tender. Add snow peas and simmer gently until crisp-tender. Add tofu and chicken (if using) and heat until tofu and meat are hot. Season to taste with salt and pepper, using white pepper if a pale-colored broth is desired. Serve immediately.

Place broth in a large pot. Add the garlic, parsley or coriander leaves, bell peppers, squash or zucchini and chile or red pepper (if using.) Bring soup to a boil, immediately reduce heat to a simmer and cook, gently simmering, until vegetables are tender but not soft.

Season to taste with salt and pepper. Add cooked chicken (if using) and heat until chicken is hot. Serve immediately.

*To maximize the health-protective benefits in garlic, mash the cloves with the flat side of a large knife. Let garlic stand about 15 minutes before using. Remove cloves from soup before serving.

AICR offers a Nutrition Hotline (1-800-843-8114) Monday-Friday, 9 a.m. to 5 p.m. ET, a free service that allows you to ask a registered dietitian questions about diet, nutrition and cancer. The American Institute for Cancer Research is the only major cancer charity focusing exclusively on the link between diet, nutrition and cancer. The Institute provides a range of education programs that help millions of Americans learn to make changes for lower cancer risk. AICR also supports innovative research in cancer prevention and treatment at universities, hospitals and research centers across the U.S. The Institute has provided more than $78 million in funding for research in diet, nutrition and cancer. AICR’s Web address is www.aicr.org. AICR is a member of the World Cancer Research Fund International.