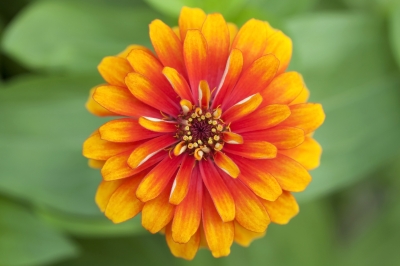 I want to make this as simple as possible for you so I am breaking plant propagation into two seasons.

If you can’t do one, you can do the other no matter what season it is. This article is about summer time plant propagation.

In order to successfully propagate your favorite flowering shrubs at home it’s important that you understand how important timing is so you know exactly when to start propagating at home. Spring is not a good time to propagate plants.

In the early spring plants are getting ready to grow, getting ready to burst into bloom and flush out with that sudden surge of new growth. Plants don’t propagate well at all in the spring because they already have too much going on. You have to let them do what they are wired to do naturally, then you can move in and propagate them to your heart’s content.

When to Start Summertime Plant Propagation

Here in zone 5, north eastern, Ohio plants first start to leaf out usually around the second or third week of April. If you are in a warmer climate, or even a colder climate, all you have to do is adjust your “leaf out” date accordingly.

As soon as your plants start producing leaves in the spring go to your calendar and put a big X on that day and write below it, “first leaves”. Then from that day count forward six weeks. So for me here in Ohio I might mark April 23rd as my “leaf out” day. Counting forward six weeks from that day puts me at June 4th. That would most likely be the earliest that I could start rooting cuttings here in Ohio, if my plants made their first leaves on April 23 rd. That’s the six week rule.

Think about this as reverse spaghetti cooking.

Huh? Stick with me, I’ll make this make sense for you. When you pull spaghetti out of the box the only way to describe it would be “Rigid”. Very stiff, brittle, can’t bend it without breaking it. But as you drop it into boiling water it begins to soften, becomes more pliable and in a matter of minutes it’s completely limp and can no longer be held out straight if you grab it by the end.

When they first start to put on new growth in the spring that new growth is very soft, extremely pliable and not rigid at all. But as the growing season goes on, that growth begins to harden off and goes through four different stages between spring and winter.

During the 6 weeks while you are waiting, the new growth is limp. So limp in fact that you can’t work with it at all.

Softwood is exactly what you are waiting for. Softwood is just hard enough that you can work with it, but still so soft that it has to be handled carefully and placed in a protective environment while the cuttings make roots. After waiting the six weeks you can take “softwood cuttings”.

As the growing season progresses the new growth continues to harden off and by mid summer the new growth is harder, more rigid and considered semi hard. The harder the new growth gets the more durable it is, but at the same time it’s take longer for it to root.

As fall begins to set in the plants begin to protect themselves for the up coming, bitter cold winter air. They stop growing so all of the new growth produced during the current growing season has a chance to “harden off”. By winter the growth from the current season is very hard and rigid, not very flexible at all. Just like spaghetti right out of the box.

There are a number of different ways to root softwood cuttings. They all work, some are much more predictable than others. Here in the nursery we use an automated system that works like magic. In the video below I show you how to do softwood cuttings with some basic household items that you probably already have around the house.

Typically softwood cuttings will start to root in 3 to 6 weeks. Some things are pretty well rooted in four weeks, other things take 8 weeks or longer. Once the cuttings are rooted you can gently remove from the rooting medium and either pot them up or plant them out in your garden.

How Do You Know when they are Rooted?

Just pull on the cutting to see if it will come out of the rooting medium. Don’t be afraid, you aren’t going to hurt them. If they are not yet rooted, or just starting to root they’ll slide out of rooting medium easily. If you feel resistance, they are rooted or starting to root, don’t disturb them unless you think it’s time to pot them. But… there’s no point in being in a big hurry to get them potted. They are happy where they are.

Cuttings often produce some callous before rooting, so don’t be alarmed if you see white bumps on the end of the cutting. That’s a good sign!

Once potted it helps to keep them in a shaded area if you are potting during the summer. We often leave our cuttings in our propagation beds from June until at least April of the following year. Mostly because we don’t have room for them in the nursery until we sell some of what we have on hand.

Not enough fertilizer is always better than too much.

Miracle Gro Water Soluble All Purpose Plant Food is a good choice because it’s safe to use. Miracle Gro products are specially formulated so home gardeners can use them safely.

Learn more on how to start your own Backyard Nursery http://backyardgrowers.com/ultimate-growers-shortcut

Camping for Beginners – The Complete Checklist