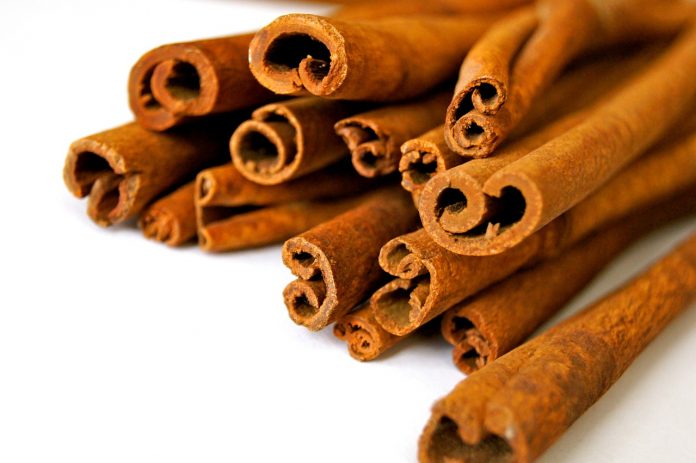 Fat loss and optimum health are much easier and long lasting when you add some of natures gift to your daily diet. Herbs and spices are not only tasty but they offer many body and life enhancing benefits that often go ignored.

Potent plant compounds in herbs like nutmeg, cinnamon, turmeric and rosemary have powerful antioxidant, anti-inflammatory and antibacterial properties that scientists suggest might help do everything from stabilize blood sugar levels and protect your heart to improve mood and enhance brain function … and even fight cancer cells.

Although most of the ‘official’ research is preliminary, and in mice & rats, it expands our thinking of what most people see as ‘flavoring meals’ can do.

Though it seems odd that capsaicin, the substance that gives chili peppers and chili powder their fiery heat, would act as a pain reliever, it has indeed been used for years as a topical cream to help people with arthritis, shingles and psoriasis. Experts suspect capsaicin works by first stimulating pain receptors via the skin and then shutting them down.

Now, scientists think this principle can help inside the body too. By combining the anesthetic agent, viscous lidocaine, with capsaicin, Harvard researchers were able to block pain receptors, yet leave touch and motor sensors perfectly intact and functional, resulting in controlled numbness. Though tested only on rats so far, researchers are confident the finding could eventually transform the way surgery is performed.

In lab studies, capsaicin has also been shown to kill prostate cancer cells. One BIG reason for men to keep chili powder on hand at all times… in the kitchen, that is.

One of my daily favorites… In addition to antioxidant and antimicrobial activity, cinnamon is now hailed for its power to improve insulin sensitivity and reduce blood glucose levels. It’s also been shown to lower cholesterol and triglyceride blood levels.

Even meager amounts of cinnamon may be highly effective. One study showed that the equivalent of just one-half teaspoon of cinnamon powder twice daily before meals lowered glucose and cholesterol levels. Another found that the equivalent of a teaspoon a day lowered fasting glucose in people with diabetes. HINT: put it in your oatmeal with a tablespoon of ground organic flax seeds.

The excitement behind curry centers on its primary ingredient, turmeric, which contains curcumin, a powerful polyphenol with antioxidant properties. Curcumin gives this amazing spice its distinctive flavor and vivid yellow color.

More exciting studies target heart disease and cancer. Canadian scientists gave curcumin to mice with enlarged hearts. Not only did it lower the incidence of heart failure (a common outcome of an enlarged heart), but it reversed the condition, restoring heart function. Curcumin also has the ability to stop tumor growth and promote tumor cell breakdown, particularly in colorectal cancer cells.

Now, scientists are analyzing curcumin and how it may affect Alzheimer’s disease. In India — where people eat two to four grams (about one teaspoon) of turmeric daily—Alzheimer rates are one-quarter what they are in the U.S. All of these little tidbits of evidence are why you may want to add a some curry powder to your sauteed veggies or your stir fried chicken or fish.

It may be a stretch going from mice to men, of course, but it makes all the sense in the world – when you realize that most medications are created from various plants around the world. Currently, ten studies are underway in humans.

Rosemary is a robust herb that adds oomph to dishes, but may also smother cancer? Scientists think it does… at least a concentrated extract of the herb might. Some researchers believe rosemary can block dangerous carcinogenic compounds called heterocyclic amines (HCA) from forming during cooking.

A Kansas State University food scientist, motivated by a study showing that marinades made with rosemary, thyme and other spices could cut HCA in grilled steak by 87%, tried rosemary extract alone… And what would you know? The rosemary cleared out any trace of HCA in the grilled hamburgers, and without imparting an overpowering rosemary taste.

This spice is what turns rice yellow in the Spanish dish, ‘paella’. Both the petal and sought-after stamen of saffron have shown potent antidepressant effects in several studies. In fact, a few studies found that 30 milligrams of saffron was just as effective as commonly prescribed fluoxetine (Prozac, Sarafem) and imipramine (Tofranil) for treating mild-to-moderate depression. Other research suggests saffron has anticarcinogenic properties. You can even add this to stir fried vegetables and various meats.

Ancient societies have been using herbs and spices to prevent and treat ailments for thousands of years, but only recently have Western scientists begun to test, validate and substantiate some of these claims, as well as discover new benefits, uses and applications.

Although much of the research has been in animals so far, and many studies use extracts, concentrates and supplements in amounts which may be challenging to consume, fresh or dried – researchers feel the need to study these herbs and spices in humans in everyday amounts before ‘formal’ recommendations can be made regarding the prevention or treatment of various conditions and illnesses.

With that being stated… There’s no good reason to wait for a bureaucratic, ‘official statement’ of proof or approval.

Just let your logic and common sense tell you there are unquestionable benefits to be gained by enjoying healthful and flavorful doses of powerful herbs and spices in your daily nutrition.

This is just another health promoting, life enhancing gift from ‘the universe’ – it’s your choice to use it or not.