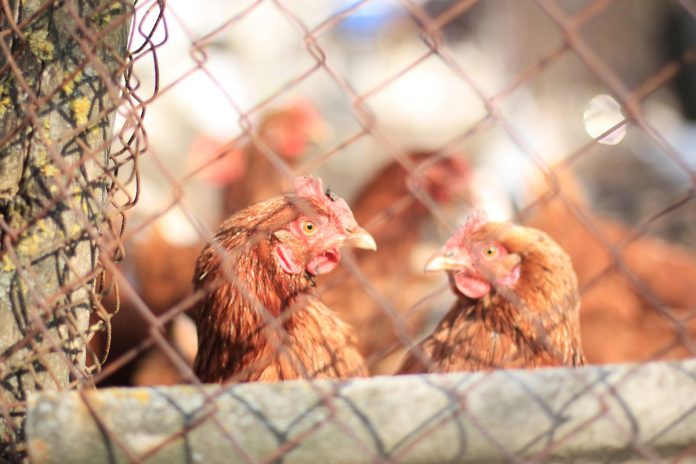 When I bought my first chickens, it never occurred to be look into fencing for chickens because I didn’t have any idea what I was doing. I was going to let my chickens be free range animals so they didn’t need fences. I was very proud of the fact that my chickens were going to be allowed to roam wherever there wanted to with no fencing between them and freedom!

I was so stupid! I had no idea what would happen to my chickens without proper fencing. The first chicks that I bought only had a few survivors due to shipping issues. But, I had a few left and when they were old enough and big enough, I let the chickens roam free without fences. I own about five acres of land that is in the middle of no where and is home to all kinds of wild critters running. Needless to say, it didn’t take long for the predators to find and kill many of my remaining chickens.

So, when I discovered what had happened, I rounded up the few remaining chickens I had and I then started researching fencing for chickens. I visited the local hardware store and bought a bunch of poultry wiring to help keep my chickens safe. I first constructed them a nice chicken run around their chicken coop until I had time to get more fencing around the yard.

After I got my chicken fencing installed, I went to bed that night believing my few remaining hens were safe and sound. But, apparently one layer of poultry fencing was not enough to keep them safe because I lost two more chickens that night. Apparently some of the hens roosted outside and the wild critters were still able to reach them through the single layer of wire that I installed. I still had some chicken fencing left so I installed another layer of the poultry wiring around the run. This helped somewhat but it still wasn’t great.

I went back to the hardware store and invested in even more wiring for the chickens. This time I went with the very small square wiring that is not labeled as fencing for chickens but in my opinion it should be. This wiring was stronger, not as flimsy and the very small square openings were safer. I tore down the second layer of poultry mesh that I just installed and put this up instead. That has really done the trick and I haven’t lost any more chickens through the wired.

When I decided to start raising chickens, I didn’t want my chickens cooped up all day long . So I took the extra step of installing very small mesh wiring that is about four feet tall around about an acre of my property. This did help to reduce deaths somewhat because it does keep out any stray animals that aren’t climbers.

Online I also found electric fencing for chickens that has turned out to be a great help. I use it in addition to the wire fencing that I already have installed. My chickens don’t like to land on it and they tend to stay put better. It also really does discourage predators from coming around my chickens. All it takes is one good shock and most of them give up for good.

Fencing doesn’t stop hawks from taking my hens so I had to get creative. I put in a lot of landscaping to help provide cover for my hens. I planted evergreen spruce type trees strategically around the yard for cover in the winter. I also planted grasses and bushes like forsythias that get big and droopy so they can run under cover when they need to.

I have found that the fencing alone, even types that are rated as “fencing for chickens” doesn’t do a very good job of keeping them safe so I had to look into other methods that would work. You may have to get creative to keep your free ranging chickens alive. There isn’t much you can do if your hens decide that they don’t want to live within the fenced area so any of my chickens that fly well usually don’t survive very long.

I have been raising chickens for quite a few years now and I love them. I have had quit a few disasters, especially when I first got started and I don’t want anyone to go through what I did. You have to do your research and you need to be able to find the right information on how to properly care for these beautiful birds.