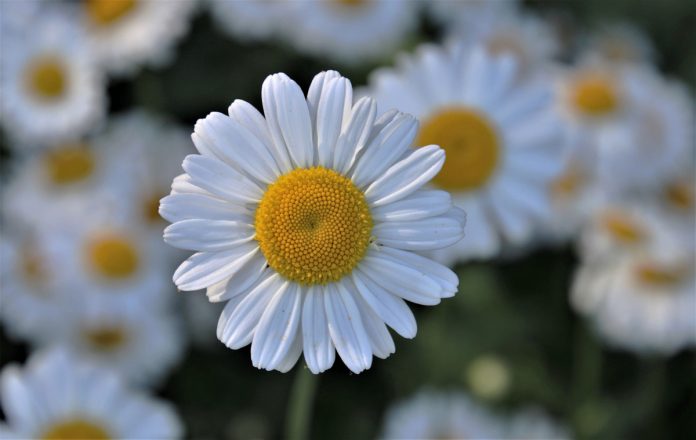 Chamomile is a centuries-old herb. The most common variations used in promoting good health are German and Roman chamomile. The German government has approved its use for skin care (to treat swelling) and as an aide for sleep difficulties.

Chamomile is a common flowering plant native to northwestern Asia, as well as various parts of southern and central Europe. Today, it is widely cultivated all over the world, including in the United States.

Americans are generally most familiar with this herb in the form of tea and for its calming effects that aid in promoting sleep. Although chamomile is most widely known for curing sleep disorders when taken in the form of tea, it boasts a wealth of other healing benefits. There are also various other forms of distribution and ingestion.

Chamomile has been used through the centuries to promote relaxation and stress relief. It contains substances that interact with the brain and central nervous system in a fashion similar to anti-anxiety drugs. It is also widely known to control insomnia. It has mildly sedating and muscle-relaxing properties that help insomnia sufferers fall asleep easier.

In order to be effective, it is not required that chamomile be used on a regular basis. It provides immediate relief for restlessness and sleeplessness. Ingested in the form of tea, which is made from the dried flowers, it is best when steeped for about five minutes in boiling water, then sipped 30-45 minutes before retiring to bed.

The dried flowers and leaves are most often packaged as tea. It can be bought both as bags of tea and in bulk packages. Grocery stores commonly carry chamomile tea in boxes containing a number of individual bags.

Natural Vitamin and Herb Stores and Some Whole Food Stores May Offer Chamomile in a Number of Forms Such As:

In some people who are allergic to ragweed pollen, chamomile may cause an allergic reaction. Chamomile may also interfere with anticoagulants (blood thinners). If you suffer from either of these symptoms, consult your physician before using chamomile in any form. Aside from these warnings, chamomile is considered one of the safest herbs in existence for regular use.

Other Uses for Chamomile

Chamomile has many uses that are not as widely known as its sleep-aiding power. It works well for babies who are teething and for those who have been in a nervous state over a period of time.

Infusions and essential oils from the flowers of the chamomile plant are used in shampoos and perfumes. It is most common in shampoos made for fair-haired individuals. The flowers may also be added to certain cosmetic products as an anti-allergenic ingredient.

In its dried form, it is used in potpourris, herb pillows and incense, and burned for aromatherapy. As a compress or wash, it can help ease sunburn, skin inflammation and other burns. Infuse the essential oils into a bath for tired and aching muscles, sore feet, dry or rough skin and to relax in general. Outdoors, you can use it in liquid form to help feed and care for other plants or as an insect repellent.

In The Form of an Infusion, Bath or Tincture Use it to Treat:

In the form of a tea, use it to treat:

Chamomile has also been found to reduce the histamine-based swelling of allergies, as well as rheumatism and arthritis. This is due to its anti-inflammatory properties.

If you suffer from insomnia, have trouble getting to sleep or sleep restlessly, you may consider using chamomile in some form to aid in promoting faster, deeper and longer sleep patterns. When sleeplessness comes with allergies and congestion, chamomile can aid both symptoms. As you can see, chamomile offers many botanical benefits, including a restful night’s sleep, to health-conscious individuals who prefer to use natural herbs.