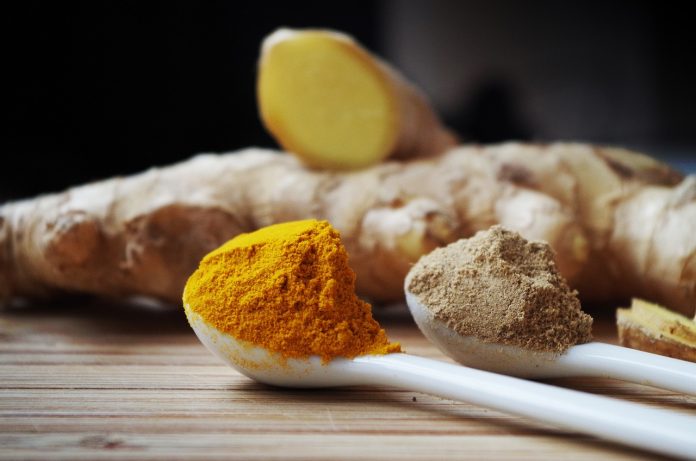 Ginger is a calming and soothing flavor with a touch of a bite to it that helps to keep you alert and calm. Ginger is commonly used to help an upset stomach, motion or travel sickness or general low-grade fevers. It is also excellent for nausea and for warming you up when you feel cold. Ginger is reputed to help ward off colds or improve your recovery time.

Ginger is a popular addition to energy drinks with good reason. But you can get the energy and health benefits of ginger tea without purchasing these expensive and sugar laden drinks.

One of the main benefits of the herbal ginger remedy is its ability to stimulate the circulatory system. The herb also helps in bringing an increased flow of blood to the surface of the skin; this singular property makes the ginger a very important herbal remedy for the treatment of conditions such as chilblains and to treat impaired circulation along the hands and feet of patients. The herb also effectively helps in controlling elevated or high blood pressure as it directly affects the circulation of blood.

Following is a brief review of ginger’s health benefits and uses as understood today:

It is often used to ease nausea during traveling or early pregnancy as well as that due to other causes. The anti-nausea and anti-vomiting qualities of ginger appear to surpass that of drug therapies (e.g., Dramamine) used for the same purpose.

It has the ability to calm the stomach, promote the flow of bile, and improve the appetite.

It can relieve this symptom, often quicker than any other herbal medicine.

The travel industry is using ginger more and more to combat nausea caused by motion-sickness. Drink a cup of ginger tea (see below) or ingest 1/4 teaspoon of powdered or 1/2 teaspoon of fresh ginger before a car or boat trip, ideally every 15 minutes for an hour before you travel. Repeat during your travels at the first sign of motion-sickness.

Some studies have shown ginger to perform better than a placebo but not quite as effective as some prescribed medication. However, ginger does not cause the common side effects of these medications: dry mouth and drowsiness.

Ginger has also been used in aromatherapy. An oil present in Ginger has a spicy, woody scent that aids in relaxation and stress release. When you make Ginger tea this oil infuses the tea with the aroma which in turn helps you relax and relieve stress as you sit back and enjoy your cup of tea.

Ginger tea has been used as a remedy against flu and colds for centuries, both in India and China, as well as other countries in the east. According to Chinese culture, its powerful yang energy is what warms the lungs and stomach. Ginger tea has been used in China for 2,500 years to treat sore throat, nasal congestion, and sinus pain.

Double-blind studies have found ginger to be effective in decreasing symptoms of motion sickness, particularly seasickness. More specifically, intake of ginger has been shown to decrease feelings of dizziness, nausea, vomiting, and the production of cold sweats. One study even found ginger to be more effective than Dramamine, a drug that is often used to treat symptoms of motion sickness.