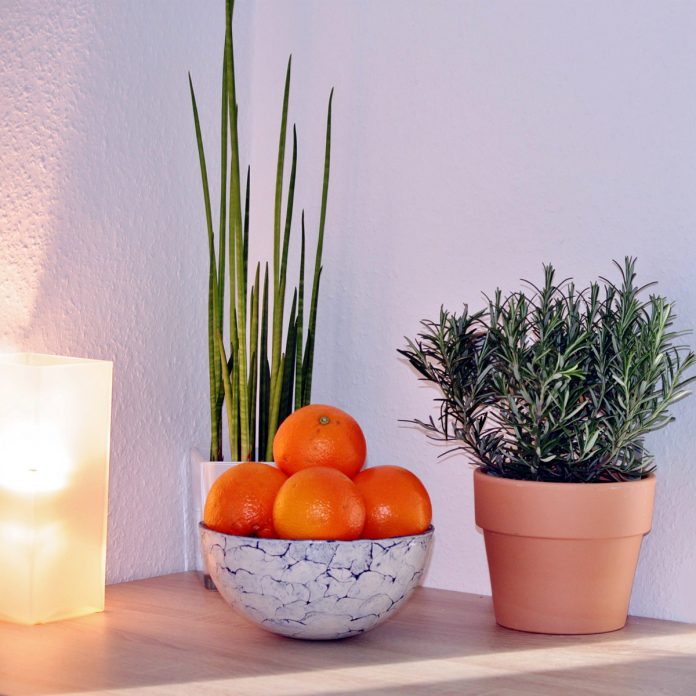 I dug up my Rosemary plant today to pot up and overwinter indoors. Last night was our first frost of the season. I covered the Rosemary last night but don’t want to chance forgetting it when it invariably freezes again in a few nights.

This particular Rosemary is two years old and has doubled in size each year. Last summer it grew in a clay pot sunk into a larger container garden of herbs. This summer I planted it into the ground in a corner of a flower bed whose soil has never been amended. Two years ago the flower bed was a patch of struggling grass overrun with weeds.

This Rosemary grew so much I don’t have a clay pot large enough for it so it’s temporarily in plastic. Rosemary overwinters indoors much more successfully in a clay pot. They don’t like wet feet or soggy soil. At the same time, if they dry out they’re dead.

Last winter I put my then-one-year-old potted Rosemary in a south-facing windowsill with blinds that were pulled up daily. New growth was spindly and weak until late March, when its new growth became more robust as the days lengthened.

To pot up Rosemary for wintering indoors, select a clay pot one to two inches larger than the root ball. Use regular indoor potting soil. The addition of a little sand will be helpful; Rosemary prefers sandy soil.

When transplanting, make sure to fill in all air pockets with soil. The roots will dry out quickly if they are not in contact with the growing medium and the plant will die. Tamp bottom of pot on a hard surface several times firmly to further fill in the air pockets. Gently firm the top of the soil with your hands.

Water thoroughly with tepid water and place in a cool part of the house with good light for a few days. When it looks like it is recovering from transplanting, move it under grow lights or to a south-facing window. Avoid dry, overheated rooms which cause the soil moisture to evaporate quickly and the leaf tips to turn brown. The ideal conditions for Rosemary are cool, sunny and slightly humid.

I’ve kept and lost several Rosemary plants over the years. Invariably the ones I’ve lost have been the ones whose soil dried out too much. Water when soil feels dry to the touch. Remember: If it dries out it’s dead.

Unusual Uses for Your Summer Greenhouse

Five House Plants To Grow in a Sunny Position