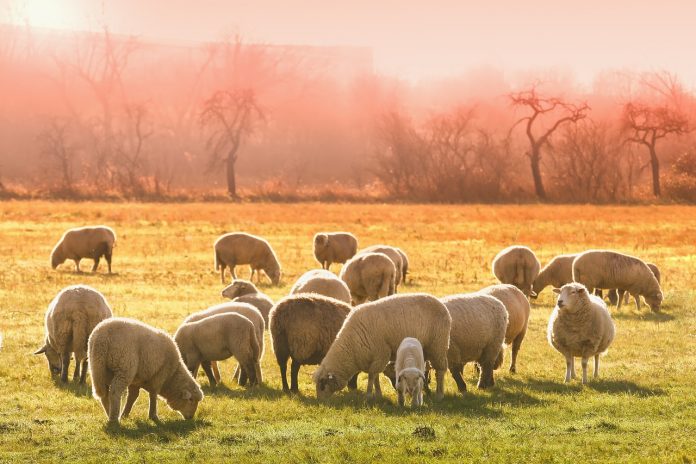 This is a simple and straightforward guide to raising sheep.

Sheep need fresh water, plenty of grass, and lots of open space to move about. Sheep also need to be vaccinated to protect them from diseases. They also need shelter to keep them from getting wet especially in cold and humid weather. They also need protection from natural predators such as foxes and wolves.

For lambing needs, the Corriedale and Columbia breeds are good choices. Dorper and Hampshire breeds are chosen for the best meat. While for wool, Merino is still the breed of choice of producers.

Aside from a guide to raising sheep, a beginning sheep farmer also need equipment and expert help when starting their flock. A list of equipment needed include: shearing, tagging, fencing, and cleaning equipment as well as other barnyard tools.

Styles of managing sheep are also important in a guide to raising sheep:

1) Early lambing – lambing in January to February and selling lambs in early summer.

2) Late lambing – April to May. Production costs are lower but lambs will be sold cheaper.

3) Accelerated lambing – ewes lamb several times a year. Production is increased with this style of lambing. It however needs careful management and the right breed of sheep to pull off.

A farmer also needs to know the most desirable sheep characteristics in a guide to raising sheep:

1) Out-of-season breeding – out of season breeding will increase the value of your product since it generally means you and only a select few will be able to offer the market with the product at that time.

2) Multiple births – ewes that give birth several times a year increases production, and naturally your profit.

4) Desirable carcasses – lambs that give good carcasses when slaughtered are desirable and bought at higher prices.

Last but not the least, a guide to raising sheep also needs a glossary of common terms used:

2) Crimp – the natural wave formation of wool. The closer the crimps, the finer the wool.

3) Micron – used in measuring wool; the equivalent of one millionth of a metre.

4) Ringing – removing a circle of wool around the pizzle of a male sheep.

5) Tupping – mating of sheep; can also be understood as mating season