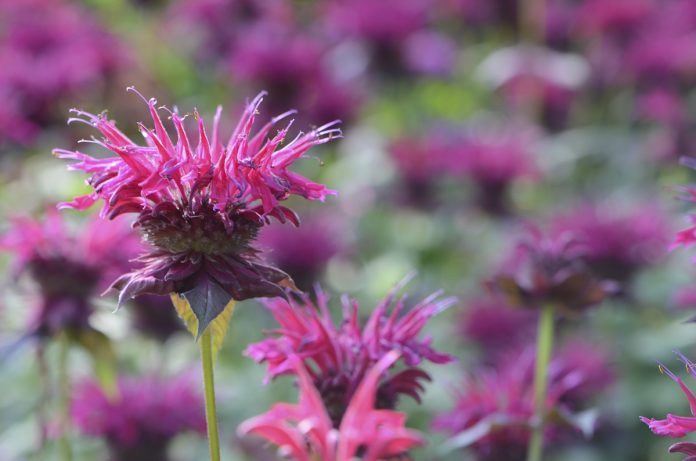 The flowers, trees and shrubs in West Virginia, Tennessee and parts of Virginia have a lot to offer. They are beautiful, but they also offer other uses. Ephemeral plants like jack-in-the-pulpit and trees like witch hazel are commonly found in these mountains.

As the name indicates, bees love this plant. It’s also useful to humans, as food and as an herbal remedy. Food wise, it can be used as a pot herb (like spinach and other greens). In remedies, it can act as an antiseptic, diuretic and stimulant. Nausea, gas and menstrual pains could be helped as well.

While PubMed warns against ever ingesting this plant, a special preparation of the roots has been used for generations of Native Americans. The problem with the plant is the large amount of calcium oxalate found in it. However, when dried for six months, tradition suggests it can be eaten like potato chips or ground and used like a coco flavored breads, cereal and muffins. I don’t recommend trying this on your own.

Do not *ever* eat this plant. One half of a leaf can kill you inside half an hour. The other name is aconite, and it is deadly.

Most of us are familiar with the tall stalks and huge daisylike flowers of this plant, and the flavor of the seeds is a favorite of many…though it’s a lot easier to buy them at the market than it is to beat the birds to the plant. While it is a tasty..and healthy food item, it does have some medicinal uses. One of them is for respiratory complaints like asthma and bronchitis.

In China, the stalks are used to make paper. Scientists find the pith useful in the lab due to its light nature. Due to the large amount of water it draws, it is often planted in soils that are too moist to help dry it out a bit.