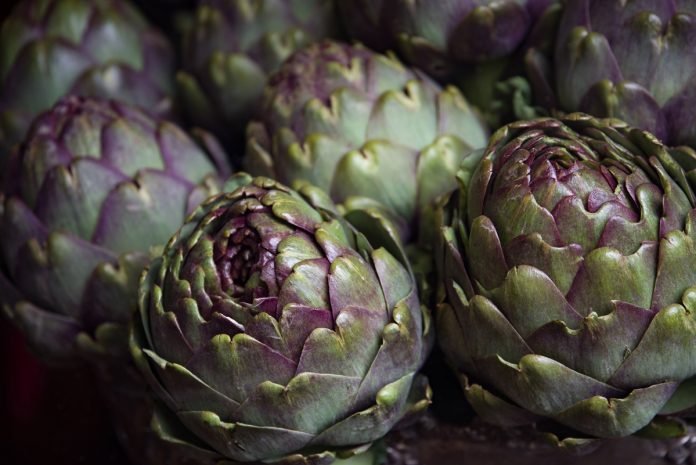 Artichokes (Cynara scolymus), believed to be a native of western and central Mediterranean. It was said that this plant was already grown by the Romans for over 2,000 years ago. They used it as a green and a salad plant.

It is a perennial crop grown for the their buds as the main parts used for food, it’s a large and vigorous plant that grows to a height of about six feet.

Artichokes tolerates in a cool, but not freezing weather and lots of water supply.

It is rich with Vitamins A and C, Thiamine, riboflavin, Niacin, and high in Calcium and Iron. The hearts and leaves are high in alkaline acid and is also good in reducing diet.

Artichokes’ is derived from the Italian words, “ariticiocco” and “articoclos” which means a pine cone, hence its buds resembles the cone of the pine tree.

The best soil for planting artichokes is a rich with plenty of organic matter. A soil with a mix of compost applied into the plots is much better for a vigorous plant growth especially if mixed with NPK fertilizers for good result.

To plant artichokes, you’ve to grow them in mild climate as a perennial plant, and in the second growing period, they produce the first buds in the first year as an annual plant. Once the plant is already exposed to cooler temperature known as vernalization.

After this frost is over, start planting your seedlings in the field. When the condition becomes warm, you’ve to plant the 6 weeks old seedlings at 2 feet distance between rows in the plots.

Maintain the amount of water supply during its growing period coupled with a monthly liquid fertilizer application.

Artichokes is a hardy plant and so, the most common pests that attacks them are the aphids, caterpillars, slugs, and snails. They can easily be controlled by a homemade insecticides to wit: 2 tablespoon vegetable oil, 2 tablespoon baking soda, and 2 tablespoon powdered laundry soap. Mix properly and spray directly to insect pests until totally eradicated.

Harvesting can done after the flower buds starts to open. You can select the best quality when it’s compact, plump and heavy and are large in size. Don’t harvest those that open and spreading, they’re already over mature, and not edible anymore.

Cris Ramasasa is a retired Horticulture teacher for 29 years and Freelance writer.