How to Grow, Harvest and Store Peanuts 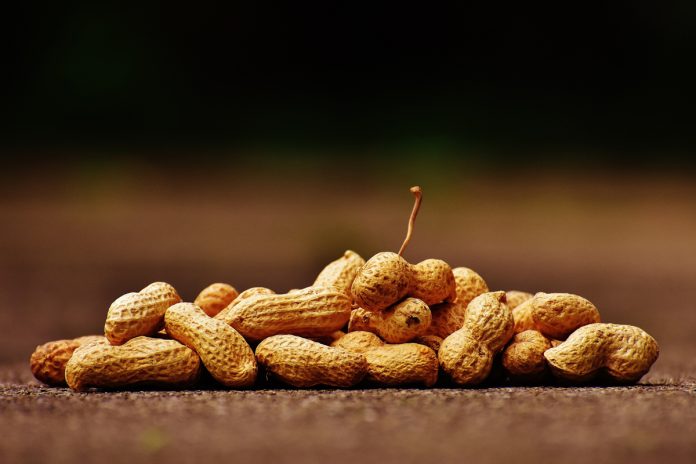 It’s actually more of a pea than a nut. But regardless of how it’s classified, anyone can learn how to grow peanuts. One might even say that it’s simply… peanuts!

There are only three main materials required for the process of how to grow peanuts; compost, fertilizer, and of course, raw peanuts, particularly those which still have their red skins intact. The first step is to plant the peanuts, ideally after the spring season’s last frost and in a spot that has light, sandy soil. The ground is prepared for planting by plowing it no less than 7 inches, and then sowing it in compost.

Prior to planting, the raw peanuts are soaked overnight in order to hasten germination. Once ready, the peanuts should be planted 2 inches deep or less and spaced about 7 inches between each other. One must make sure that the kernels remain intact. The peanuts are then watered after they are covered by the soil, and are not to be watered again until new sprouts start to appear, which should happen within a period of 10 up to 15 days. Afterwards, they may be watered regularly, but one should be careful not to over-water them.

The peanut plantation must always be kept free from harmful weeds, and additional compost and calcium-rich fertilizer should be used in order to enhance the soil. The plants should mature within 4 up to 5 months, and they would be ready for harvesting once their leaves have turned yellow. They are harvested simply by pulling the whole plant out from the ground, and each plant can bear up to 40 peanuts.

After they have been harvested, the peanuts must be dried thoroughly either by leaving them beside the window (provided that the weather is fine) or by placing them in an oven in small numbers. If one chooses the latter method, the peanuts are placed in a tray and left to bake in a pre-heated oven set at a temperature of 130 degrees Fahrenheit. This way, the peanuts would be properly dried while still remaining soft.

If there are some peanuts that appear decaying or rotten, they must be thrown away. These peanuts may have contracted a fungus known as Aflatoxin, which can be harmful to humans when consumed.

After learning how to grow peanuts and how to harvest them, the final step is how to keep them in long-term storage. They should be stored in sealed freeze-safe containers and placed inside the refrigerator. How long they would last depends on whether they are shelled or unshelled. Shelled peanuts can keep for only 3 months in the fridge. On the other hand, the unshelled ones are able to last in the fridge for 4 up to 6 months.

Learning how to grow peanuts is easy and fun to take up, whether one wants to grow them to sell, to eat for themselves or just because they are interested in planting in general as a hobby. And with its popularity as a snack on its own or as an ingredient in dishes, not to mention in peanut butter, candy bars and other varied applications, one couldn’t have chosen a more interesting plant to cultivate than the peanut.