How to Grow Potatoes in a Barrel 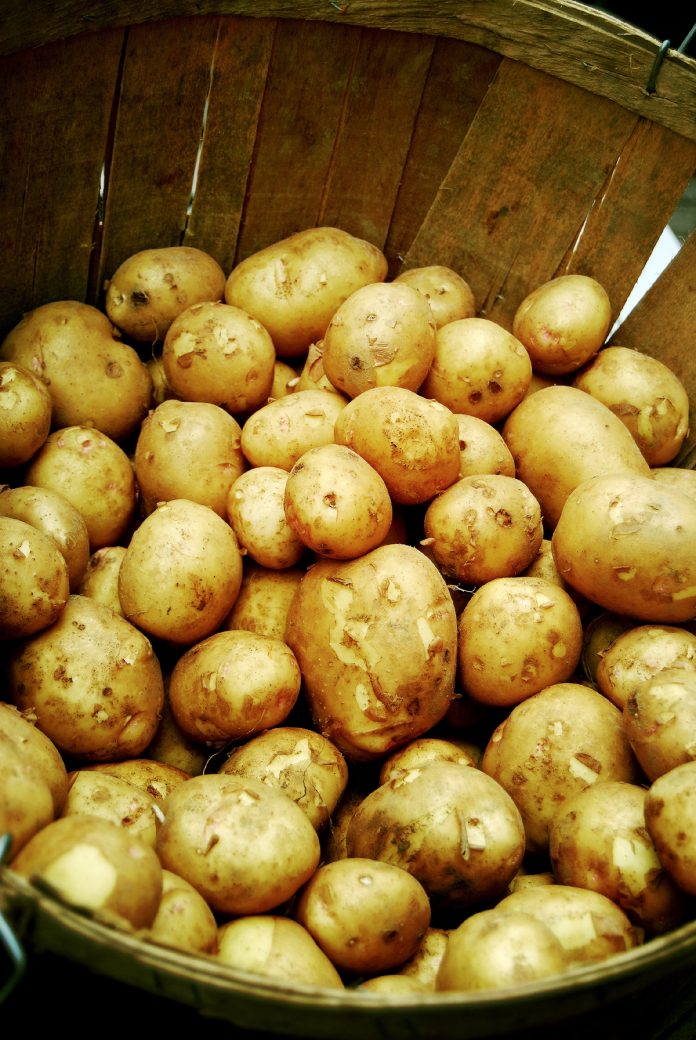 I have been seriously considering whether or not I could effectively grow potatoes in the area I live in; due to the amount of clay in the soil. I referred one of my questions to someone who is quite knowledgeable about growing potatoes. I ended up having the information for a really great alternative for growing potatoes in a barrel.

The idea made me excited, because I don’t have much garden space to begin with and I tend to enjoy container gardening more anyway. Those of you who would like to try the benefits of this cool idea, this is how you can grow potatoes in a barrel.

While most gardeners grow potatoes in open ground, an alternative, (especially for those with limited or no open ground), is to grow first early potatoes in a barrel or similar container.

First early seed potatoes can be grown in barrels from late March (in the south UK) but they will definitely need protection from hard frosts. Planting early should allow the crop to be harvested earlier and a second crop planted in mid summer to provide more new potatoes in the autumn season.

Barrels specifically designed for growing potatoes are available, these have sufficient access holes in the sides, near the base, which can be opened to harvest the potatoes when the crop is ready. Alternatively, any sort of barrel may be employed although be certain that you know what was originally stored in the barrel, definitely avoid barrels which had chemicals etc. unless you are very positive that any residue will be harmless. Ideally the container or barrel should be about 4 feet high although smaller containers (such as plastic dustbins) will suffice but the yield will be limited.

Make sure that the barrel is free draining, add some holes in the bottom if necessary.

1 – Potatoes grow best in cooler temperatures It is best to start planting potatoes when the temperatures is still cool. Early in the spring would do. Around the time of last frost must also be considered.

Secure a 50-gallon barrel or even a half sized barrel. The larger the barrel the more potatoes you will be able to grow. Though a wooden barrel is best, cleaning out and recycling old plastic trash barrels to use as a potato barrel is also welcome.

2 – Begin preparations by turning the potato barrel upside down and drill some needed drainage holes into the bottom of the barrel. Then set the barrel right side up on some strong blocks, so it sets above the ground a bit.

3 – Fill the lower part of the potato barrel with 5 to 6 inches of soil and compost. Add some seed potatoes along the top of that first layer of soil. Seed potatoes can usually be bought from nurseries early in the year. After your first harvest you can save a few good-sized potatoes specifically to be used as seed potatoes for the next year. You can use the whole potato or divide the potato into chunks; as long as each part has a sprout on them. Add an ample amount of water to your barrel to dampen the soil.

4 – When the sprouts grow to about 6-9 inches tall, add another layer of soil and compost until the sprouts are almost covered. Add just enough water to keep the soil moist. Too much water will tend to rot the growing potatoes. Be careful.

Repeat this delicate process of allowing the sprouts to grow and then covering the sprouts and moistening the soil until the barrel is filled to the top. It is important to keep the soil moist during the remainder of the potato growing process.

5 – The plants will flower showing that you have healthy growing potatoes. When the plant becomes yellow and dies back, usually around September, your potatoes are fully grown and prepped up to be harvested. Simply harvest your potatoes by tipping over the barrel and sifting through the soil for your potatoes. Voila!

For more information about how to grow potatoes, please go to this website: