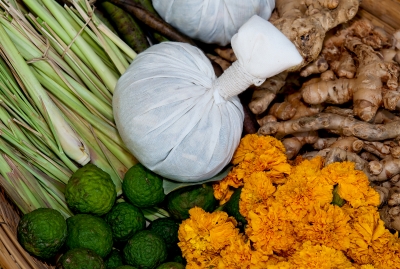 ‘Kill or cure – we use that expression lightly but what if we were really faced with such a choice? At a time when so-called “natural” remedies are coming under increasing scrutiny by the medical profession, it’s worth looking back to times and places where the prescription drugs we take for granted today – antibiotics, blood thinners, tranquilizers, anesthetics, sterilizing agents, pain killers – just weren’t available. To when treatments derived from plants and basic household chemicals were all there were.

In my book A Garden in Africa I studied the diaries of my grandmother and other pioneer farming women in Kenya to see just how they coped when medically-approved drugs suddenly became unavailable in a country cut off from the rest of the world by war. Many of these women were good herbalists, though they probably wouldn’t have described themselves that way. They were responsible for the health of their many African laborers, and their wives and children, and were accustomed to isolation and “making do”. They were also good gardeners.

The main wound disinfectant used on Kenya farms in those days was potassium permanganate and once my grandmother’s store of this ran out, and she couldn’t buy any more, she experimented with herbs – making poultices or infusions with lavender, mint and various lemon-scented plants. These, she had come to realize, contained biocidal properties and could be used for sterilizing instruments and washing skin. Wounds she dressed with the juice of the Sodom apple (Solanum incanum) and honey, either from her own hives or from the fierce native bees. It was difficult, she records, persuading the local tribes people that this precious delicacy should be wasted on sterilizing wounds! “The children lick the honey on their wounds,” she noted,“And I don’t discourage it. After all, animals do it, so saliva must have some cleansing properties.” Today, of course, we know for a fact what the Greeks knew three thousand years ago and what my grandmother came to realize too – honey is a great wound disinfectant.

Burns were treated with Aloe vera and other native aloes, as well as the exotic agave that grew in thick clumps around many farm buildings. Aloe juice, extracted by crushing the fleshy leaves,was used to treat ringworm, and to bathe infected eyes, common problems with the squatter children, while agave was used as a disinfectant, diuretic and laxative. Some believed agave juice was able to alleviate the symptoms of gonorrhea and syphilis which, like eye infections, were all too common among the squatters and the labor force. My grandmother, however, had been a trained nurse in her youth and was skeptical about this.

Children were dosed with treacle and sulfur to prevent boils; when this didn’t work the boils themselves were drawn with poultices of mashed carbolic soap and sugar, or mashed papaya. These poultices were also used for drawing thorns and mashed papaya flesh was mixed with eucalyptus oil (also distilled on the farm, from Australian eucalyptus trees) to alleviate sprains and bruises. Eucalyptus, either the distilled oil or dried leaves, equally popular for treating coughs and colds and burning the leaves was considered a good protection against chest infections. Other cough and cold cures were made from horehound, horseradish, hyssop, thyme and rosemary. Fevers were reduced with effusions of borage, basil, catnip and the roots of the Colombo vine (Cocculus palmatus). This useful vine was also used to treat vomiting and diarrhea, as were amaranth, thyme, peppermint, sage, ginger and cardamom.

For worms, my grandmother used oil from the African lilac or chinaberry tree (Melia azederach) or else a potent mix of her own devising made from aloe, garlic and papaya. It was disgusting, I know, because she was still dishing it out long after the war; the whole household had to be wormed with it regularly. Constipation was treated by the all-efficacious Aloe vera, chicory, feverfew, rhubarb, mulberry and the pods of The Golden Shower (Cassia fistula), which was one of the few medicinal plants to have aesthetic value as well.

Balm (Melissa officinalis) was a great favourite and used for just about everything; externally in poultices, internally to relieve headaches, soothe women in childbirth and get children to sleep. My grandmother even gave it to the dogs, and considered putting it in the feed of a particularly nervous and temperamental mare. Parsley, too, was used for most internal problems; these farm wife herbalists believed it acted as a tonic for the whole system, brightening the eyes and clearing the skin, preventing minor illnesses from taking hold. My grandmother and other women also used it as a breath-sweetener. I find myself, today, still picking sprigs of parsley to chew as I potter about in my own herb garden. My grandmother was a great believer in the benefits of basil while not claiming for it any particular medicinal advantages beyond a belief that it aided the digestive system. She drank a tea of basil leaves picked fresh every day, and attributed her own good health and digestion to it.

Some settler women turned to plants native to Kenya for their medicinal properties; these were used carefully at first, and then with more confidence when their effectiveness was proved to someone’s satisfaction. Two I particularly remember were a thorny species of Zanthoxylum and Miraa (Catha edulis), both of which produced bark containing a powerful stimulant. Miraa became quite popular with young people of my own generation who lived in Kenya; we emulated the Africans and took to chewing the bitter bark to keep us awake, on long drives or simply to keep on partying for days at a time, without sleep.

Many of the farm women wrote down their wartime remedies in special notebooks which make fascinating reading today. From my grandmother’s notebook I have extracted, for this article, a recipe for her all-purpose liniment, of three parts eucalyptus oil, three parts oregano oil and two parts oil of cloves mixed with five parts of camphor oil and added to “a quantity” (unspecified) of lard. For the relief of dysentery she made up a mixture of one part of black pepper, two of coriander and 40 parts of powdered arrowroot, boiled in water and strained, and taken one teaspoon at a time, three times a day. During the war, as in the early days on the farm, substitutes were found for common household necessities. My grandmother notes here that pawpaw leaves contain saponins and can be used as a soap or shampoo. The bark of the baobab tree is used for tanning; its flesh as a souring agent or in place of cream of tartar for cooking. Coconut oil, readily available even in wartime, and cheap, could be used not only in cooking but also for polishing furniture and even for burning in lamps, should the power generator fail or the oil to run it be unavailable. Feverfew, the pyrethrum daisy and wormwood were used as insecticides.

Did these remedies work? Those who used them were emphatic that they did – at least to a degree that helped alleviate the more common complaints. My grandmother recorded that she sometimes had her heart in her mouth, wondering whether one of her remedies might not prove more fatal than the condition she was attempting to treat! Yet despite some horrendous injuries suffered by farm laborers in the course of their work, none of those on my grandmother’s farm died of gangrene or blood poisoning, or had to have limbs amputated, thanks to her herbal treatments. And I know for a fact that her diuretics and constipation/diarrhea remedies worked very well indeed, despite their generally disgusting taste. I myself continue to use papaya flesh as a drawing agent for boils, or to remove thorns and splinters. The enzymes it contains are beneficial to stomach and duodenal ulcers.

I think we are fortunate to live in an age where so many marvelous drugs are available to treat our ailments that some diseases and conditions have become pretty well extinct – at least in the First World. Who wants to chew willow bark when you can buy aspirin in a packet, or an even better and more up-to-date painkiller, and have it work faster and more effectively than any “natural” remedy can do? Nonetheless, it’s worth keeping these old herbal remedies alive, and recorded somewhere, for some future time and place when and where the marvels of modern medicine might just not be there when we need them. Which, now I come to think of it, is still the case in some parts of the world today.

Julie Lake is a horticulturist and gardening writer with many years experience in creating great gardens and helping other people to do so. She is founder of the GardenEzi easy gardening concept, www.gardenezi.com