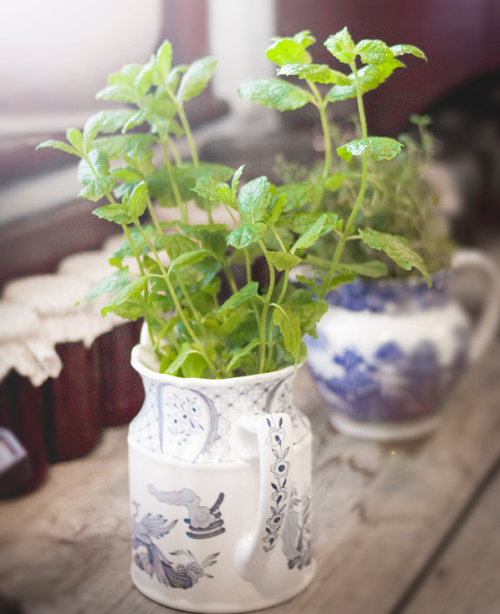 Oregano seems to have become popular in the U.S. after World War II when the soldiers who came home from being stationed in Italy had cravings for pizza.

Oregano (origanum vulgare) is a member of the mint family and has been used for centuries for such things as nausea, pain and digestive treatment.

Oregano has 2 main components, thymol and carvacol which are its healing properties. Thymol is a decongestant and is used in such over-the-counter drugs as Vicks menthol cough drops and Vicks Vaporub. These two together used as an oil seem to have anti-fungal action for athlete’s foot and for foot fungus also.

Tea made from 1 to 2 teaspoons of dried Oregano in a cup of boiling water and steeped for 20 minutes, can soothe coughs and help unknot muscles in the digestive tract.

It is the antispasmodic action in oregano that eases nausea, motion sickness, vertigo and aids digestion. Maybe that is why so many people swear that pizza is great for a hangover. It isn’t the pizza, but the oregano in the sauce.

Oregano is even safe for pregnant women in culinary doses.

Coughs, colds, flu and chest congestion are helped by the expectorant action that clears the airways of mucus. When you make tea, inhale the aroma for its nasal clearing power.

As a pain killer it has a mild tranquilizer action that helps ease the ache of osteoarthritis. You can also use as an oil to ease bursitis.

To make oregano oil: fill a mason jar 1/2 full of the herb and fill with olive oil. Shake the jar daily for 2 to 4 weeks, the longer you wait, the stronger the oil. Strain the herb from the oil and use.

Depression may also be helped with oregano. The mild tranquilizing action can relieve stress and anxiety which can cause depression.

So next time you are enjoying a pizza, or spaghetti you will also be healing your body. Oregano is much more than a delicious seasoning.