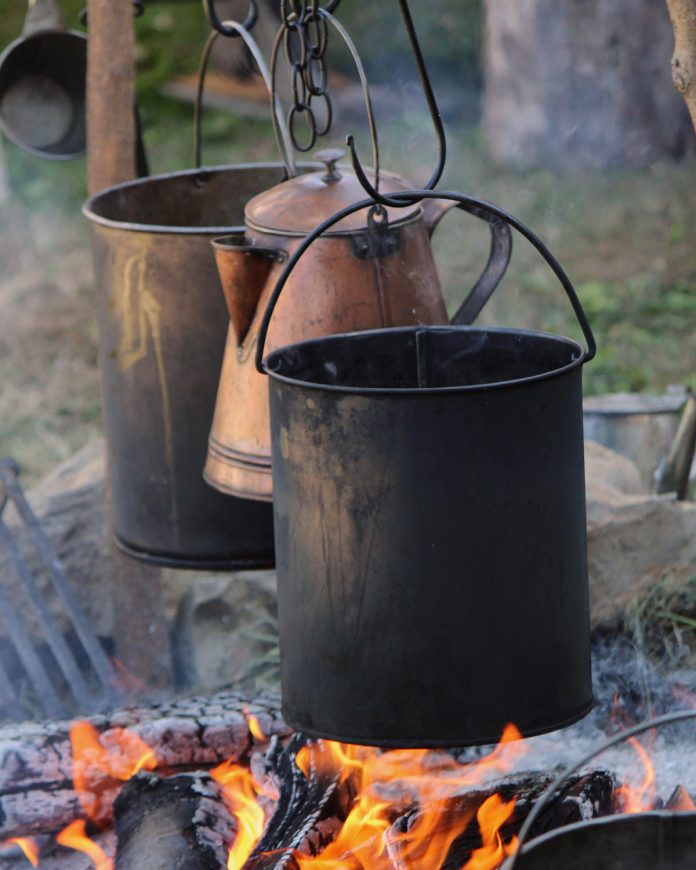 Often we confuse self sufficiency with self reliance. The two are related but they’re very different.

Think back to the days of the pioneers heading west. They were very self reliant, but they also worked in teams and small communities in support of one another. By definition, they lived off the land, largely because they had to. So, how is it that people could live off the land and make a living in an environment devoid of roads, shopping malls, convenience stores and home improvement centers? It seems odd doesn’t it?

From my perspective, the answer comes in five parts. Here is my view of the self sufficiency and self reliance of our pioneer ancestors. Perhaps we can learn something from them.

They were skilled in survival because they knew the risks and the hardships that they were facing. Their skills included building shelters, vegetable gardening, hunting, fishing, raising animals and self defense.

Many had an independent spirit and were motivated to succeed. There was plenty of opportunity for prospectors and investors and adventurers. Many were focused on bettering their lives through hard work. They could imagine the “pot of gold” at the end of their rainbow. They were settlers to be certain, but they weren’t going to “settle” for just an ordinary life.

Unlike today, these people had to survive on their own. Self reliance wasn’t an option. It wasn’t a luxury. It was literally “do or die.” And indeed, many died along the way.

They worked at life full time in order to succeed. Their job was living and surviving and working hard to enable their families to thrive. Many had to be self sufficient and everyone had to be self reliant to a great extent. These people had to create their own marketplace alternatives because a traditional marketplace just wasn’t anywhere to be found.

The life of the pioneers was very different from anything that most of us have ever known. The main lesson for us is simply that self reliance is a wise and useful mindset for many tasks in life, but self sufficiency is a full time adventure much like that faced by our pioneering ancestors. If you’re thinking about a lifestyle of complete self sufficiency, you might consider the level of effort required. Even if you build a network of friends to support you, it’s still going to be a lot of work. It’s certainly achievable in many areas, but very difficult to do for every aspect of your life.

For me, I’m plenty satisfied with being self reliant in many aspects of my life. I don’t need a full time adventure. It’s a bit too much “trail dust” for me.

Clair Schwan is a seasoned player in the frugal living and self reliance arenas. He would much rather do things himself than hire someone to do them for him. Nevertheless, he’s aware when his money is better spent hiring some help for tasks that require specialized skill, equipment and experience. He recognizes that self reliance is reasonably achievable, but complete self sufficiency for many is just too hard.