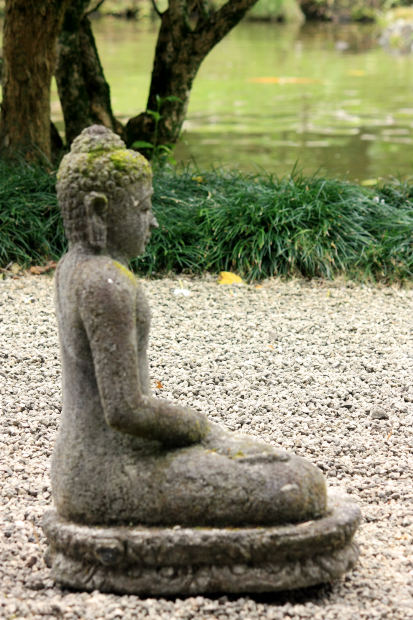 The Circle – lacking a beginning or end, represents infinity, perfection and the eternal. Often a symbol in our lives and our various cultures, the circle is articulated in many symbolic ways:

For Native Americans and tribes of Lower Canada, the circle of the Universe provided the sacred model for all human activities. All of life was given ritual meaning by incorporating the circle into everyday tasks and behavior. Gatherings for ceremonies, eating, dancing and their living quarters in the form of a tipi (Plains Indians) were circular.

Native Americans believed the circle to be a symbol for not just a representation of the cosmos, but to represent the cycles of growth, death, and rebirth in the suns and moon’s rising and setting, the planting and harvesting of the crops, and the birth and death of each individual.

Thus, the medicine wheel became a tool to focus the honoring and celebration of the cycles of nature through ritual, song, dance, and the making of offerings.

Native American culture was imbued with ceremony in all aspects of life. The ordinary acts of daily living were in some ways, performed in a ritualized fashion, to honor the cycles of nature.

Everyday living became a sacred act as each inhabitant of Mother Earth cherished that which it was provided by plentiful food, crops, water and co-existence with Nature.

Their connection to the Earth was that of a human being having a spiritual experience with the Earth itself and therefore, everywhere they walked, ate and slept, became sacred space for which they developed ceremonies and ritual to honor and respect.

The sacred circle was used as a stylized template to illustrate the cosmos and how various components were interrelated including the four cardinal directions and the corresponding elements. Animal totems serve as guardians for each of the four directions.

Since the ancient medicine wheels left no clear purpose of their use, archaeologists and historians have speculated widely as to the ritualistic and ceremonial use of medicine wheels, especially the designated locations of the animal totems.

This illuminating guide to the Native American ritual of the Medicine Wheel makes an ancient spiritual practice available to everyone.

The Four Pathways are used to experience the God within. It is important to note that all Pathways go through the Creator, which includes the Creator in the center, surrounded by seven Spirit Messengers: Cougar, Hawk, Coyote, Wolf, Bear, Raven, and Owl; the four Gatekeepers: Buffalo in the East, Bear in the South; Eagle in the West; and Cougar in the North; the twelve Spirit Helpers: Turkey, Turtle, and Owl on the East Pathway; Beaver, Ant, and Squirrel on the South Pathway; Butterfly, Bat, and Grouse on the West Pathway; and, Hawk, Goose, and Wolf on the North Pathway.”

West also represents the final life stage in the wheel, being an elder and passing on knowledge to the next generation so that the wheel may start again just like the circle it takes after.

The circle with its four directions, corresponding to four elements of nature and the Four Original Tribes were all given by the Creator to all peoples originating from the four different directions.

Each culture developed their own rituals and methods for representing the circle as an expression of how they viewed their relationship with the Universe. They used Medicine Wheels, Mandalas, Sacred Circle Teachings, Labyrinths, stone megaliths, etc. to learn about and express their relationship and connect them with the cosmos or their Creator.

Gardening relates to this concept of the sacred circle beyond the physical shape. The circle represents a cycle of life. Just as the directions correspond with birth, adolescence, adulthood and death, plants and flowers experience the same cycle.

From the seeds come germination, then growth, blooming/flowering, seed development and eventually plant mortality. Of course, some plants live very long lives, but the cycle of nature is seen more apparent in annual flowers which last only a season.

The Medicine Wheel can be adapted for garden use without all the traditional and sacred ritual and ceremony. To call your garden a “Medicine Wheel Garden” implies you are adhering to sacred traditions. Doing so can only make the process of design and utilization much more complicated.

A garden that is designed with a strong circular shape so that the cardinal directions can be honored, so that animal totems in the form of stones or boulders resembling animals can be used and that has four basic spokes intersecting through the center to reinforce movement of the spirit of that which you are embodying can serve to create a unique, personal sacred garden space.

Customizing it to fit your needs and belief systems will make it sacred. Sharing the vision of the sacred form of the circle and incorporating the four quadrants will form the basic structure upon which you can add other elements that make it powerful.

So I am suggesting that we try not to emulate or recreate traditional medicine wheels and call them so, but rather, take the Universal Sacred Form of the circle and embellish it with meaning using the earth, the elements of nature and other symbols to design a sacred spot.

This can be done by accessorizing your sacred circle by using such items as crystals, feathers, flowers, spheres, garden art, etc. Further, you can design a sacred circle so that it fits the space of your garden, thus you don’t have to walk through it or across it, violating its sacredness. You create the rules!

John Stuart Leslie is creator and founder of My Sacred Garden. A website that blends the mind, body & spiritual lifestyle of the conscious consumer with the pursuit of gardens, gardening, design and art.  I invite you to visit http://mysacredgarden.com