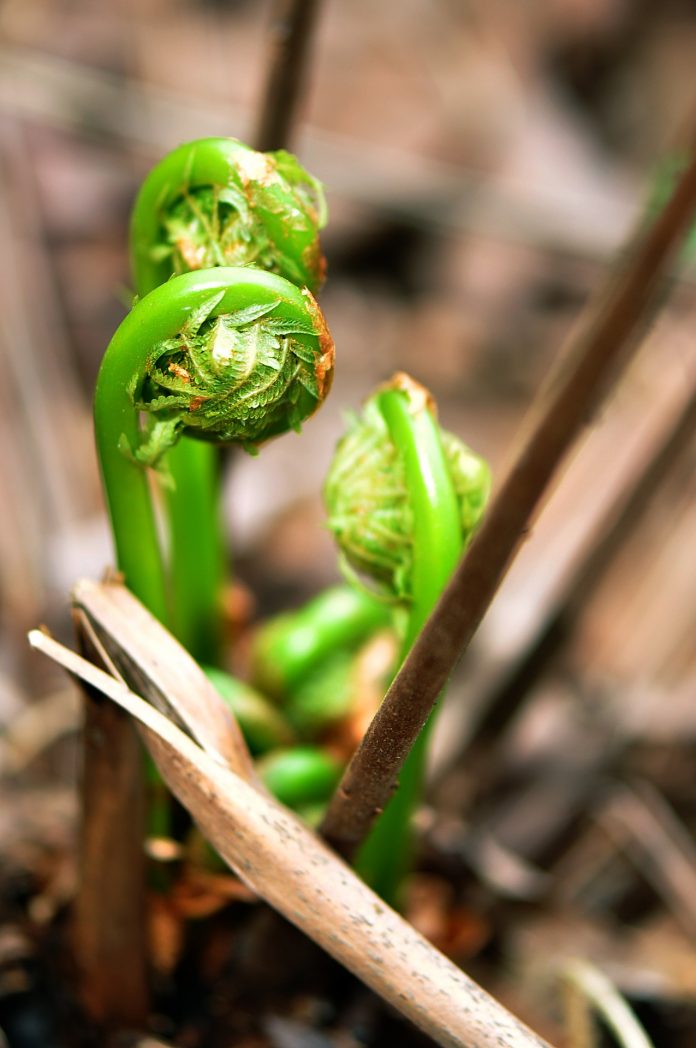 Few people may know what a fiddlehead is, however if you do not, you should make it a point to find out because you are missing a very delightful treat. Fiddleheads are young fern leaves which grow in a coil. They are approximately one inch in diameter. They originate from the ostrich fern. Keep in mind that all ferns develop fiddleheads however the best and safest are those from the ostrich fern.

During the springtime months of April through May Fiddleheads become a local delicacy in the state of Maine. Generally these tender rolls of fern will be harvested as soon as they start to appear. At this time they are usually small and are merely one or two inches of the ground. When you harvest the little things you should carefully remove the brown scale by brushing it. Then wash and properly cook the “heads” with a small quantity of salted boiling water. Cook for another ten minutes. Perhaps you would want to try them steamed. In that case they would be steamed for 20 minutes. They should be served immediately with a small dab of melted butter. Actually the faster you can eat them when they are cooked the better the flavor of the food. When preparing the Fiddleheads when chilled can be served similar to that of a salad with a slice of onion and a small quantity of vinegar dressing.

Since the Fiddleheads have a very short season most people who consume them like to preserve them for future meals. In order to freeze your fiddleheads you must prepare them in a similar manner as you would for eating them at the table. You should blanch only a small portion for 2 minutes at a time. Next cool and drain them well. Finally pack them into moisture proof containers and place them in your freezer.

If you are thinking of pickling your fiddleheads then you must proceed very carefully or you will lose much of its flavor. I have enclosed a sample recipe that you may find interesting in preparing your Fiddleheads.

Start my cutting off the ends of the fiddleheads. Remove the scales and wash very well. Place in a saucepan of water and bring the water to a quick boil. Next add the shrimp and continue to cook for another five minutes. Drain the shrimp well and set them aside. Now cook the fiddleheads in boiling water for approximately ten minutes. Drain these also. Coat a large skillet with one of the popular cooking sprays and add your butter. Continue to heat the butter until it melts at which time you should add the onion and green peppers. Sauté this mixture until it is tender. Finally stir in the fiddleheads. While the fiddleheads are simmering cook the pasta as normal without any oil or salt added. When finished drain them well and set them aside.

Add the mushrooms, pepper, thyme, salt and the celery seeds to your vegetable mix being sure to stir it well. Cook over a medium heat for another four minutes stirring often. Mix in the shrimp and the lemon juice and cook until the combination is heated complete3tly. Stir the mixture often.

Place the pasta on a large platter and spoon the shrimp mixture on the top of the pasta. Serve it immediately.