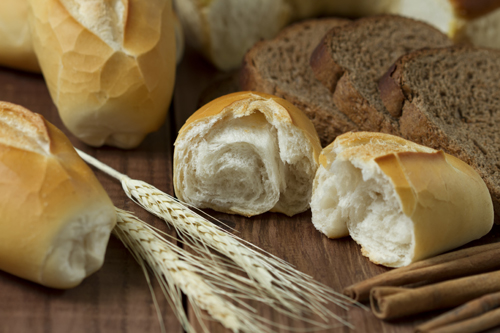 Have you ever encountered those moments when you have spent the better part of a day making an array of homemade breads only to discover that after a mere day or two they either turn moldy or become hard? Have you had to resort to freezing your bread in order to prevent these occurrences from happening? Well you may be surprised to learn that these events do not need to happen at all.

There are several things that you as a baker can do in order to try and correct these matters. First, you should always use one of the wire racks similar to those employed by the cake makers to allow their cakes to cool down naturally. Placing bread directly upon a counter is not a wise decision. Anywhere that you sit a loaf of homemade bread including a kitchens laminated counter is sure to ruin it. The basis for this is that possibly the moisture within the bread starts to evaporate and manages to wick its way up through the bread itself. Don’t be surprised if your fresh bread goes hard merely sitting on a wooden shelf, or a metal or plastic rack. What you are effectively doing is drying your bread from the bottom to the top.

The previous editions of food science books failed to address this problem primarily because at the time when they were written the scientists did not fully understand the complex procedures involved in bread going stale. Even today they fail to completely understand the mechanics of such natural actions. Obviously, if the scientists understood why these events occur they could relate to us how to prevent it from happening. It is however possible that the process of staling can be effectively reversed by heating the bread to between 135 to 140 degrees F however, please keep in mind that if this is done too many time your bread will dry out entirely too much and you will not be able to reverse the process any further. Freezing may help delay staling, so perhaps your best course of action would be to freeze a portion of the loaf and simply not leave the complete loaf out in the air.

Some homemakers will swear that the problem can be eliminated by placing the loaf of bread in a wicker basket of some sort. They claim that by storing your bread in this manner you will not have a problem with the bottom side of the bread getting hard. They have further stated that they have had two week old store bought bread on the kitchen counter in a basket and remain fresh and soft. Now, homemade bread on the other hand will become moldy within a couple of days since they usually contain no preservatives. When kept in the refrigerator they are also likely to go stale.

While researching I encountered some older cookbooks, in particular a few from Germany which state that if bread is placed in earthenware crocks along with an apple the bread will remain moist. I personally would think that due to the lack of proper air circulation within the earthenware container the bread would quickly dry out. A simpler alternative would be to only bake half the bread you usually do. Put the extra in a freezer bag and then immediately into your freezer. Take out only what you need.

Several chefs hold strongly to the premises that by including vinegar in your bread recipe it will act as a dough conditioner and prevent mold growth. As a general rule of thumb they recommend adding the vinegar in the same quantity as you do the yeast. Ascorbic acid is universally used by the commercial bakers for this very same purpose. I myself use a bit of lemon juice in my bread. Surprisingly you can not even taste the vinegar used in the bread since it is in such small quantities.

At least now you have some idea of how to handle the problems associated with fresh made bread. Hope you invite me to taste your next batch.

3 Recipes for Summer On The Go