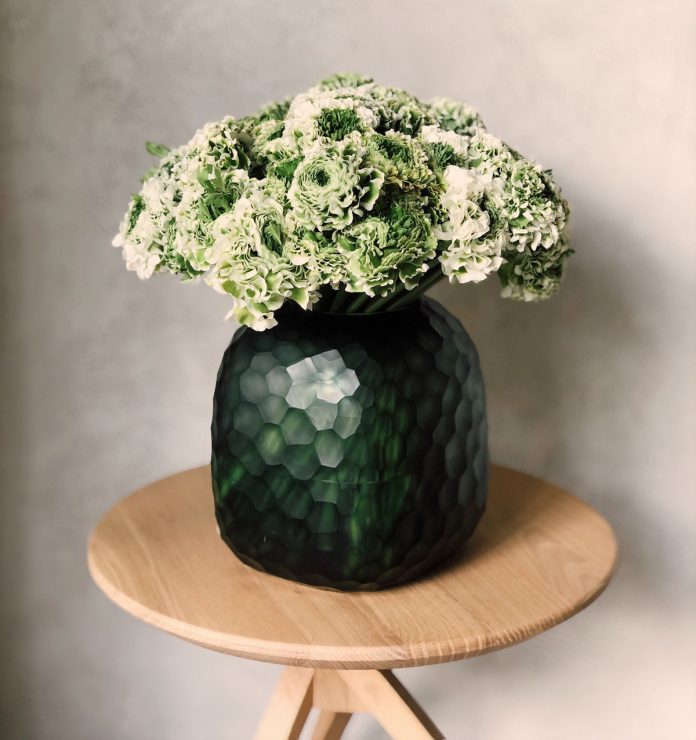 Until recently I had always chosen to display fresh flowers in a clear glass vase or one of clear, cut crystal. Then, after receiving a long-stemmed bouquet as a gift, and not having anything suitable to put them in, a neighbor kindly lent me a dark green, tall glass vase that had belonged to her mother. It was large and heavy and frankly, not something that I would have chosen myself. Still, I was grateful for it.

It was pleasantly surprising to see how beautiful the flowers looked once they were displayed. They were lilies — some were white, others were the beautifully scented, pink stargazer variety.

It seems that the dark green vase imitates nature in that most flowers grow up from and through green foliage and it was as if the green was acting as a replacement for their foliage. In this way the colour of the vase really enhanced the flowers. Their rich colours stood out more. The result is that this writer is now a firm convert for all future floral arrangements.

Later, trying some other flowers in a recently purchased biscuit-colored vase produced a disappointing result. That colour took something away from the colour of the blooms.

So, what other flowers would be seen at their best in a tall green vase? Perhaps almost any of them would. Certainly, roses, gerberas, and orchids and even Dutch irises would all benefit. In fact, the lighter the colour of the blooms the better, as they contrast more effectively with the dark-green. Orange would look pretty too. A note of caution however, bluish-green does not have the same effect but then that is not surprising as it is a colour not seen as frequently in natural foliage. Carnations, however, would look well with bluish-green as it would match the colour of their leaves.

When it’s realized how effective it is to use green as a foil for a floral display, it seems surprising that vases of this type are not more popular than they are. If you haven’t tried this colour before, why not use it as the perfect base for your next floral arrangement? Hopefully, you will be as pleasantly surprised at the effect as this writer was.