Some Interesting Foods of Early Homesteaders 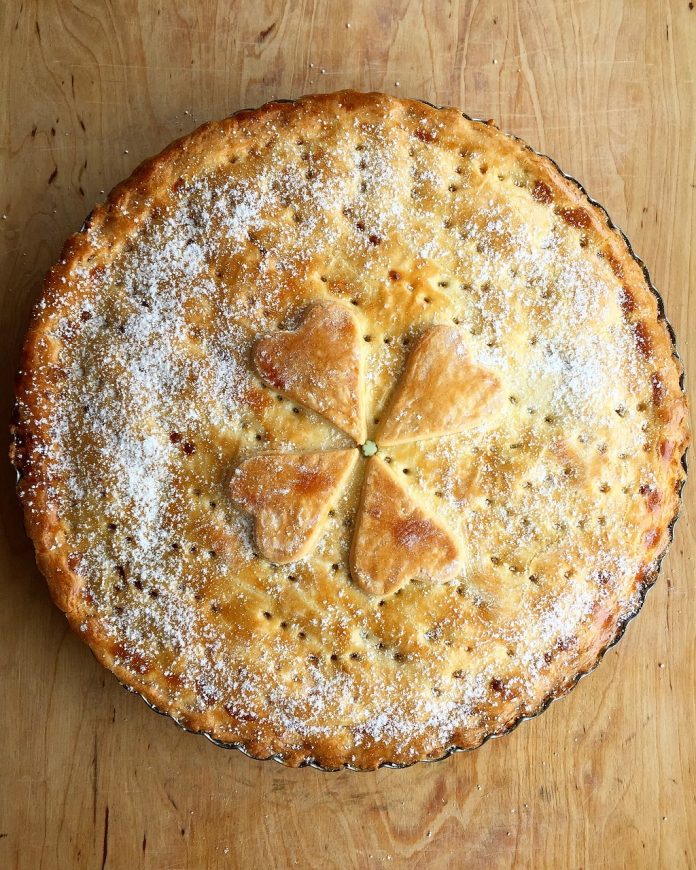 Early Homesteaders’ foods were not always the healthiest fare, but those farmers worked so hard that they burned up any extra calories. Although, one of their foods was handmade butter and recent studies have shown that it’s much healthier than margarine.

Some farm wives had butter churns, but most didn’t. They usually made butter by hand-shaking a half-full jar of cream until the rich liquid turned to butter.

They also baked pies in a wood stove, and canned fruits, vegetables, jellies, and jams.

One such homestead wife, my grandmother Pearl, was quite frugal when it came to using the available ingredients.

One of the family’s favorite jellies was actually made from corn cobs. After the ears of corn had been boiled and the kernels sliced off for canning, there were always remnants of corn left on the cob. Pearl and her daughter boiled the cobs and reduced the liquid. Pectin and sugar were added to the mixture and then it was simmered for a while, and the result was a delicious, light-pink tinted, transparent jelly.

Another favorite that led to some playful joking was Pearl’s buckshot pie. Wild elderberry bushes grew along most of the streams, creeks, rivers, and lakes. The berries grew in bunches and were available throughout most of the year except deep winter. When Pearl didn’t have her own gooseberries or raspberries, she prompted her sons to pick the wild elderberries for her pies. These berries had hard seeds that slightly softened up when cooked. Nevertheless, there were always a few hard seeds in every pie. Those brothers loved their mother and sister’s wild elderberry pies but learned to eat them very carefully. Consequently, the term buckshot pie was an inside joke the boys laughed about for decades to come.

Headcheese was an additional popular food on the homestead. After putting it down, gutting, boiling, and scraping the hair from a butchered hog, the head was taken to Pearl. She burned off any remaining fine hairs, further boiled the head, and sliced off a few slabs of meat from the jowls. This would be used for sandwiches or sliced into a potato or sauerkraut dish. Then she took the remaining head to the cool cellar and placed it in a covered crock pot. Each day she sliced off pieces from the head, including snout, jowl, ear, tongue, cartilage, fat, and meat. This was added to boiling water and well salted. The rendered mixture was poured into a pan and placed in the ice box. The next morning she had a congealed slab of headcheese. Neither the process nor the finished product sound appetizing, but, like most farm kids, Pearls sons said that headcheese was one of the finest tasting foods they’d ever eaten.

Christopher E Gregory has authored and published the non-fiction story of five brothers growing up in farm country. His book highlights the brothers’ contributions and sacrifices during World War II. Chris’ book is entitled Buckshot Pie, and subtitled A Family’s Struggle through Homesteading, the Great Depression, and World War II. Buckshot Pie is available in hardcover, paperback, and Kindle edition format through Amazon.