Spices for The Sick: Ginger and Cinnamon 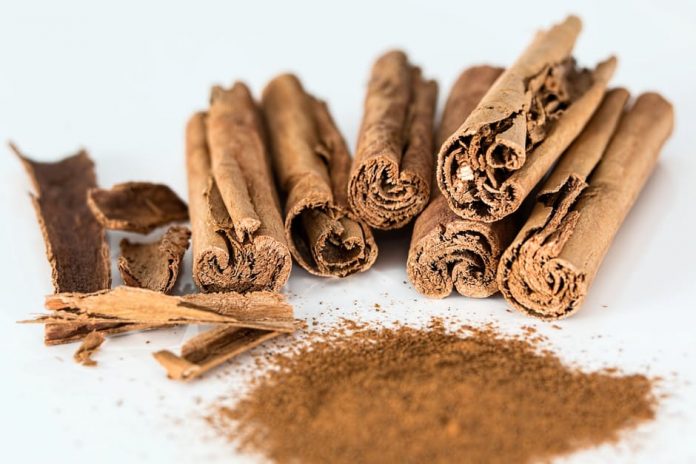 Ginger and Cinnamon are most often found on the spice racks in the kitchen. For most people, they are merely spices used to add flavor and fragrance to our food and drinks. What most people ignore is the fact that these spices are well-known for their medicinal properties.

Ginger has many surprising applications outside the kitchen. Its medicinal prowess extends from the treatment of common ailments to the remedy of frigidity in women and is even a rather potent aphrodisiac. The ginger root was used in Chinese medicine that dates as far back as two thousand years. It was only in the 1600s that it arrived in Europe. Originally, ginger wasn’t taken internally as a cure, but instead as a paste made with water. The ginger paste was applied onto the forehead of the patient and this was thought to lower blood pressure. Later on, ginger was taken internally to relieve high blood pressure.

Even before, ginger is famous for its benefits to the circulatory system because it stimulates the heart and assists in circulation. Aside from lowering blood pressure, it has also been known to prevent excessive blood clotting in the system which could lead to stroke. In cases of menstrual problems like a delayed period, ginger is said to promote menstrual flow. In this area, ginger is also thought to aid in fertility in women and impotence in men.

Ginger paste and ginger that is taken internally relieves the discomforts caused by respiratory problems such as colds and flu by acting as an expectorant. It can also break fevers by promoting perspiration. Ginger is particularly popular in the remedy of certain symptoms of digestive disorders. It is used in the prevention of nausea, the relief of diarrhea and flatulence and helps in the general digestive process.

Ginger is also said to have the ability to hinder the ageing process. When ginger is applied externally, as in liniments, it is able to ease the pain in joints and of lumbago and also in neuralgia. The pain from toothache is also said to be relieved by chewing a piece of ginger.

Cinnamon is known for its unique flavor and aroma. We usually use cinnamon in small amounts as an added flavor in our food and drinks. Unknown to most people is the fact that cinnamon can help relieve the discomforts that come with common conditions such as wounds and muscle pain.

Cinnamon is a good treatment from the ordinary coughs and colds to catarrh and respiratory infections, especially in cases where there is fever present. Cinnamon is also used to remedy muscle and joint pains such as arthritis. A lot of common digestive annoyances are relieved by cinnamon, including colic, nausea, flatulence and diarrhea. It is also believed to be able to control heavy menstrual bleeding, nose bleeding and other forms of slight to moderate bleeding in the body.

When applied externally, cinnamon is used as an antiseptic to treat and prevent infection in stings, wounds, abrasions and other skin problems. Another common external application is in the treatment of head lice infestation.

Michael Russell has been involved in online business since early 2001, and whilst spending countless hours each month running his business still finds time for various hobbies and interests.