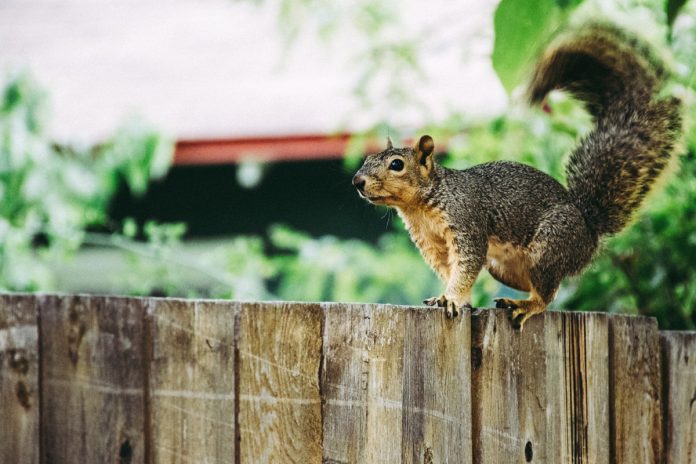 When we think about the dangerous animals faced by our pioneer ancestors, what comes to mind? Probably we would imagine wolves, bears, panthers, and poisonous reptiles. Few would consider the lowly squirrel! But for the early Ohio settlers, the squirrel was the cause of famine and suffering.

As pioneers moved into the Valley of the Paint in southern Ohio in the early 1800s, they immediately began to radically change the area’s landscape. Cabins had to be built, fireplaces stoked, and fields cleared for planting. As a result, the great oak, beech, chestnut, and black walnut trees were cut down far and wide. Trees not needed for building were rolled to the vast fires and destroyed.

These trees, especially the nut-bearing ones, were the habitat and food source for the hundreds, perhaps thousands, of squirrels in the area. In short order, the squirrels were desperate for food. They turned to the easiest and most abundant food source-the pioneers’ crops.

Seemingly overnight, hordes of the furry thieves stripped the fields of the young corn, wheat, and rye plants. The settlers and their families were now facing a winter of starvation. There were no general stores in this wilderness; the only food was what the pioneers grew for themselves. Many of the settlers hastily planted kitchen gardens of cabbages and turnips in order to have some provender for the harsh winter to come, while others, who had seed corn still, replanted their corn crop quickly, hoping for a small harvest before the snow came.

In addition to the squirrels’ depredations, blight struck the remaining corn crop at the same time. Many suffered despite the assistance offered by those residents fortunate enough to have a little to spare. American pioneers always supported each other through extended family groups or as neighbors. This was the way before government stepped in to solve the country’s problems. We took care of ourselves.

Highland County, in response to the settlers’ complaints, put through a county levy in 1806. This levy required residents to turn in a specified number of squirrel scalps under penalty of law. Open warfare had been declared against the pests. Men headed into the remaining woods with muskets loaded and ready, along with bags to carry the small, furry bodies. Back at the cabins, the tiny scalps were carefully stored to meet the levy. No doubt, the carcasses ended up in the stew-pot hung over the fireplace. Squirrel was a popular meat among the pioneers.

The harsh winter of 1807-08 nearly eliminated squirrels as a species in the Valley, and the levy was allowed to expire. The pioneers continued to subdue the wilderness and open the land to agriculture. The days of the great forests blanketing Appalachian Ohio were coming to an end. In their place now stood row upon row of tall corn plants and waving wheat. Civilization was on the march.

Although most people would name wolves or rattlesnakes as the worst danger to early Ohio pioneers, it was the squirrel that caused the most suffering. Man’s effect on the rodents’ food source led to crop loss and famine. The county act that required the killing of the squirrels, along with the settlers’ sharing with their neighbors in need, helped the new community make it through the long, cold winter to come.

Donna Gruber Adair is a former teacher of high school English and creative writing with a degree in history. Her newest book, An American Odyssey, follows a real-life pioneer family in their journeys through Ohio, Indiana, and Kansas, finding adventure on the Santa Fe Trail, the Colorado Gold Rush, and the Civil War.

Kirkus Reviews: “A captivating generational tale of one family’s pioneering travels during America’s 19th-century. Adair masterfully weaves pivotal events of the 1800s such as slavery, Bleeding Kansas and the Pike’s Peak gold rush into the lives of this family, crafting a perfect mix of action, tragedy, and romance.”