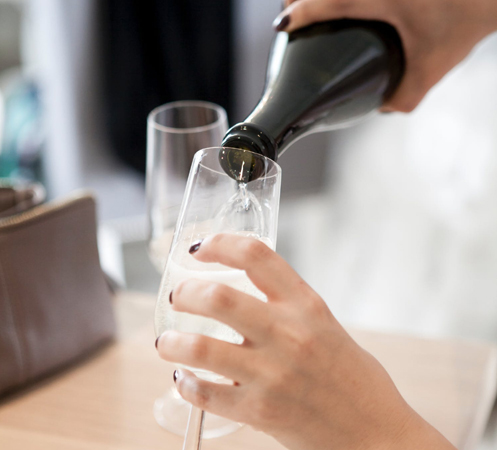 Alcohol abuse is known to be one of the worst self destructive behaviors. Consumption of alcohol is broadly divided into two categories, namely social drinking and addiction.

Social drinking is limited and occasional consumption of alcohol. Alcoholism simply put is over drinking on a regular basis. Alcohol becomes the prime focus of a person’s life. The person’s family, friends and even food assume secondary importance. This over-dependence on alcohol makes the person lose his/her mental and physical balance and may turn violent. Unlimited consumption of alcohol has disastrous effects on the body, especially the nervous system. It also hampers the absorption of antibiotics and other medications in the body and can prove fatal at times.

A study in the US claims that approximately 30 percent of college students are under the lingering influence of alcohol. There seems to be a massive craze among the youth for alcohol beverages, and this can later result in alcohol abuse or alcohol addiction. This alarming tendency calls for a close vigil by parents on their wards and their friends’ circle.

People of an older age who have lost their partners, have been removed from their jobs or have retired tend to take refuge and find solace in alcohol. Though alcohol addiction has no definite symptoms there are a few tell-tale signs which may indicate alcohol abuse.

The symptoms of alcohol abuse can be divided into physical and mental symptoms.

• Over sleeping or insomnia
• Unable to quit despite all efforts (just one more glass syndrome)
• Irritability and uncontrolled anger
• Avoiding places that do not allow alcohol consumption
• Drunken driving
• Emotional outbursts, such as weeping, abusing and unbridled anger
• Difficulty in maintaining punctuality and honoring social commitments

Alcohol abuse also has several near fatal effects on health. It gives rise to many diseases, important of which are inflammation of the liver, erectile dysfunction, higher possibility of occurrence of different types of cancer, brain stroke and heart problems. Birth defects have also been reported among children of alcohol addicts.

After a certain level, an addict’s need and desire for alcohol becomes insatiable. Any attempt at this stage to give up alcohol may lead to traumatic withdrawal symptoms.