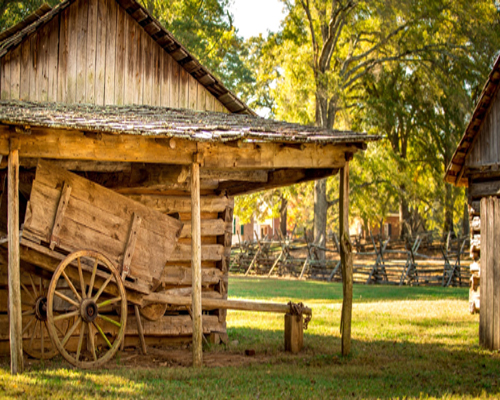 Today, we have all the modern equipment to make farming an easier task. However, this was not the case when the Puritans and Pilgrims made their way to the New World to start a new life. They were going to a strange country and had no clue about the weather and the dangers that awaited them. However, once the colonies were set up, the colonists had to turn to farming to provide food for themselves.

Farming in the 13 colonies was not considered a job. It was a way to provide for the family. All family members had to do chores everyday. In smaller farms and plantations, around nine adults used to grow and harvest crops, while in the bigger farms and plantations, there were many indentured workers and slaves that used to work everyday from sun rise to sunset.

The farming practices were quite different in the colonial times compared to the practices today. The practices adopted were dependent on the weather and soil. However, it was never taken lightly, as farming assured the colonists of food, especially during the harsh winter months. It is important to remember that farming was not just about growing crops in the fields. It also encompassed cooking, cleaning and mending tools and fences. There was always work that had to be done and finished.

The most difficulties were faced by the New England colonies, as the soil was not fertile and the winters were extremely harsh. Nonetheless, the farmers grew crops to feed their families and sometimes even their neighbors. In addition, they also used to fish to supplement their food and income.

In the Middle colonies, the soil was extremely fertile, so the colonists could grow a whole range of crops, such as wheat, barley, corn, oats and rye. The wheat was ground into flour and this was sold to other colonies.

The Southern colonies also grew a wide variety of crops, but they mostly concentrated on growing tobacco, which was a cash crop. Tobacco was cultivated in Virginia and North Carolina. However, the colonies in Georgia and South Carolina grew mostly rice and indigo.

In a typical farm, the whole family used to help out. As the children became older, the sons were helped to set up their own farms; and when these sons got married, they were presented with livestock and farming equipment. On the other hand, when the grown daughters got married, it was common for the family to present the husband with livestock and other farm animals.

However, most of the hard work in a farm was done by the slaves. The slave trade started in the middle of the 1500s, and the slaves were brought from Africa. They received no money for their work. All they got was some food and a small unhygienic place to live in.

In the 13 colonies, there were no large farm equipment. Instead, the farms used animals and manpower to till the soil and sow the seeds. Animals, such as oxen and horses, were responsible for pulling the plows, while harvesting was done by hand. It was only in the 1700s that scythes and sickles were used for harvesting.

Kum Martin is an online leading expert in history and education.