The 8 Most Surprising Methods to Stop Snoring 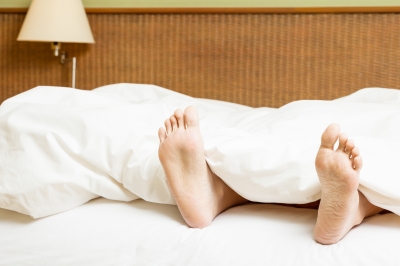 Although snoring is considered to be something normal, it’s not. It is a health issue that people should be concerned about because it could be a symptom of a serious health condition, like sleep apnea, and it could induce other health issues, such as heart disease. This is why it is important for you to stop snoring. If you think you already tried everything, there are some (seemingly crazy) ideas that you should give a shot to.

You Will Need Tennis Balls

As strange as this may sound, a lot of professionals suggest people to put tennis balls in the back of their pajama shirt. This solution could work because you will have something that would prevent you from sleeping on your back. According to the studies conducted in the field 30%-40% of all people snore and most people do so only when they’re sleeping on their back. If the tennis ball idea doesn’t seem to be appealing to you, you should know that there are some special belts especially designed for such purposes.

Specialists claim that playing the didgeridoo has beneficial effects in case of habitual snorers. It reduces daytime sleepiness and it can help with snoring in case of snorers with moderate sleep apnea. This is because it strengthens the muscles of the airways, thus decreasing the chances of the muscles going floppy during the night. Playing the tuba, clarinet and trumpet has the same positive effects.

Most probably this device will remind you of the braces you had as a child. In order to use the device, you will have to boil it and bite on it to create a mold. They work by pulling the back of the tongue and the jaw to the front, opening up the airways and making breathing easier for you. This way the air will have enough space to flow through the airways and it won’t make the soft tissue vibrate.

You Will Have to Exercise… Your Tongue

You know how silly it looks when children stick their tongue out? Well, you should do the same according to some specialists. They claim that by exercising the muscles in the tongue, you can reduce snoring.

Snoring can be the result of the fact that during your sleep the tongue relaxes and the base of the tongue falls back into the throat, narrowing the airways. You can avoid this by exercising the muscles. You should make the sound “t” repeatedly, as if you were scolding someone. Another exercise is to stick your tongue out and let it hang. After a few seconds tense it and hold it straight.

This is also known as coblation and it is medical procedure that is meant to reduce the soft tissue of the throat. During the procedure the doctor will push a thin needle into the soft palate and use radio frequency energy to heat and destroy a part of the soft palate to reduce its volume and to stiffen it, thus enlarging the airways. There is little pain and a short recovery time involved. Some of the patients reported that they dreamed more after the procedure, which means that they had deep and uninterrupted sleep.

The most people never think about this, but yeast overgrowth can lead to sinusitis and nasal congestion. Since these narrow the airways, they often result in snoring. A nose spray could take care of the problem, but you have to be careful about the type you choose. This is something that you should discuss with your doctor.

You may get a CPAP mask (or continuous positive airway pressure) which is used to treat moderate sleep apnea. You will have to wear a mask which is connected to a pump, pushing air through your airways and keeping them open. Although this is an effective solution, not all people can sleep while wearing a mask. Even if the instructions seem pretty straightforward, only about half of the people manage to use the machine correctly. This is why it is crucial to follow your doctor’s indications.

In case you are allergic to something, you might find that your nose is congested. In such situations you are more likely to snore. In order to take care of the problem, you might think about Chinese medicine. It is common for people to opt for acupuncture and Chinese herbs to help them stop snoring.

Even if some of these ideas may seem crazy to you, don’t judge them until you try them.

If you would like to find out more about snoring and ways to stop snoring, you can find more information at