The Best Methods of Food Preservation 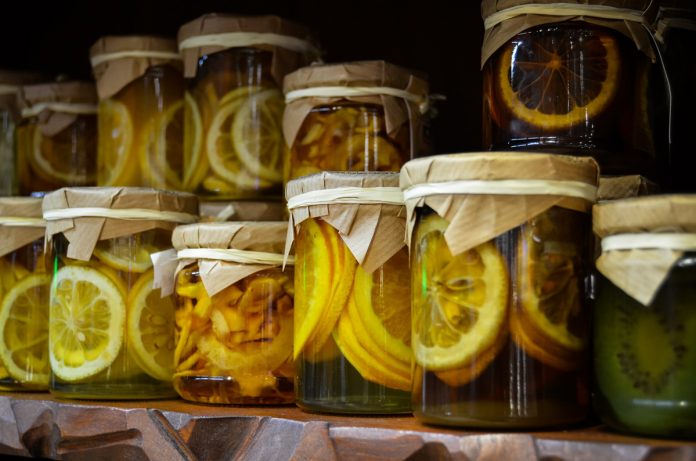 Food preservation is one of the oldest technologies that humans use, and people will always disagree on which are the best methods of food preservation. In general people want safe, nutritious foods that are considered good quality, taking into account freshness, wholesomeness, nutritional value, aroma, color, texture and flavor. Generally, food is considered safe if there is no danger from naturally occurring toxins, pathogenic microorganisms, or other potentially harmful chemicals. Food that is sterile contains no bacteria; if it is not sterilized and sealed it does contain bacteria. Milk, for instance has bacteria naturally living in it and will spoil in two or three hours if left out at room temperature. However, by putting it in the refrigerator bacteria is slowed down to such an extent that it will stay fresh for a week or two, even though bacteria are still present.

Food preservation involves treating and handling food to either greatly slow down or stop spoilage that caused or accelerated by micro-organisms. Preservation normally involves preventing the growth of fungi, bacteria and other micro-organisms, as well as the oxidation of fats which the cause rancidity. However, some methods of preservation actually use benign fungi, yeasts or bacteria to preserve food and add specific qualities, for example wines or cheeses. It may also include processes which inhibit aging and discoloration that occur during food preparation, like the enzymatic browning (oxidation) in apples when they are cut. Some food has to be sealed after treatment to prevent recontamination with microbes while others, such as drying, mean food can be stored without special containment. There are many methods of preserving food including freezing, freeze drying, spray drying, food irradiation, sugar crystallization, adding preservatives, preserving in syrup, canning and vacuum-packing.

The following are all methods of food preservation:

Salting, also known as curing, removes moisture from meats through osmosis. Meat is cured with sugar or salt, or perhaps both. Nitrites and nitrates are also used to cure meat and inhibit Clostridium botulinum.

Freezing is commonly used domestically and commercially for preserving a wide range of food.

Exposure to ionizing radiation is known as irradiation or cold pasteurization. It has a large range of effects including killing molds, insects and bacteria, and reducing the ripening and spoiling of fruits.

Extremely high pressure is sometimes used to preserve food. Pressure as high as 70,000 psi or more is used, resulting in food that retains its nutrients, appearance, texture and flavor whilst presenting spoilage.

Vacuum-packing stores food in an airless environment, like an air-tight bag or bottle. This environment leaves bacteria without oxygen, slowing spoiling.

Pickling is a method of food preservation leaving the food in an edible, anti-microbial liquid. Fermentation pickling uses food itself to produce preservation agents, usually in a process that produces lactic acid. Chemical pickling inhibits or kills bacteria and other micro-organisms in a liquid.

Burying food preserves it by providing much lower levels of oxygen, light and pH level, as well as providing natural desiccants in the soil and cooler temperatures.

Fish, meat and other foods may be flavored as well as preserved with the use of smoke. The combination of heat and the aromatic (phenolic) hydrocarbons from the smoke preserve the food.

The process of canning involves cooking food, then sealing it in sterile jars or cans and boiling the containers to weaken or kill any remaining bacteria. Foods have varying degrees of natural protection against spoilage so some may require a pressure cooker as the final step. Foods low in acid, like meats and vegetables require what is known as pressure canning.

Controlled Use of Micro-Organism

Products like wines, beers and cheeses keep for a long time because the production process uses micro-organisms to combat spoilage.

Some food can be preserved by cooking in a material that solidifies and forms a gel, including maize flour, arrowroot flour and gelatin. Certain foods form a natural protein gel when they are cooked. Using jellying to preserve fruit produces marmalade, fruit preserves and jelly.

This is a way to preserve food by altering the atmosphere surrounding it. For example, salad is extremely hard to keep fresh and is now being packaged in sealed bags with a modified atmosphere which reduces oxygen and increases carbon dioxide.

This is one of the oldest methods, it reduces water activity enough to prevent or delay bacterial growth. Most meats can be dried, along with many fruits. Cereal grains including rice, rye, barley, oats, maize, wheat and millet are also dried, as are grapes like sultanas, raisins and currants.

Sugaring is used to preserve fruits such as apricots, pears, apples, plums and peaches, either in syrup or in crystallized form.