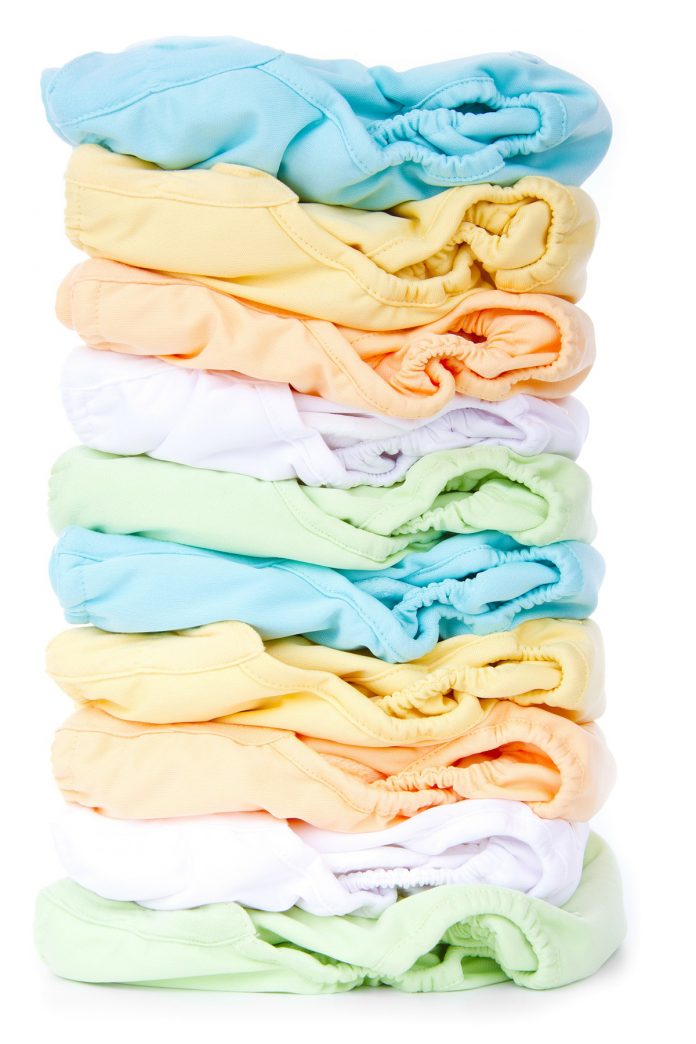 For thousands of years parents have struggled with the diaper debacle. How to contain, manage, and dispose of the bodily excretions of their little bundles of joy until they are old enough to manage the issue themselves.

In ancient times, natural resources such as leaf wraps, grasses, animals hides, and moss were used to make primitive diapers. Some native American tribes would pack grass into a rabbit skin cover. At the same time in Europe people would wrap their babies in linen or wool swaddling bands.

Cultures in warmer climates would just allow their children to wander naked while closely watching mothers tried to anticipate bowel movements and hopefully avoid messes near their living areas and cooking areas. This method has recently resurfaced as the elimination communication method which has received some media attention.

In many cultures, soiled diapers were rarely changed or washed. Babies might wear the same diaper for several days. Soiled diapers might be dried but never really washed. So skin irritations, rashes, and infections were common. No wonder many didnt survive infancy.

During the age of the industrial revolution parents when people started to appreciate and understand the need for cleaner living parents began to make more of an effort to contain their babys waste more carefully&and more comfortably for the child. As doctors and the general public gained an awareness of bacteria, viruses, etc, mothers began washing their babies’ diapers in boiling water which in turn reduced diaper rash.

In the nineteenth century, the modern diaper was born. Children in Europe and North America were being diapered using cotton material, held in place by the first safety pin. Cloth diapers began to be mass produced around 1887 in the United States. The disposable diaper is a 20th century invention which over time. In 1942, a Swedish paper company created disposable diapers using sheets of tissue placed inside rubber pants. Several years later, an American woman fashioned a waterproof diaper cover out of a sheet of plastic from a shower curtain; she was granted four patents for her invention. In 1947, George M. Schroder invented the first ever diaper with disposable non-woven fabric.

In the late 1950s Procter and Gamble began researching disposable diapers. Pampers were launched in 1961. Since that time disposable diapers have evolved to become more and more absorbent, to eliminate the need for diapers pins, to be more comfortable for children to wear, and they have even become more and more fashionable with the addition of graphics and cartoon characters.

By the 1980s the majority of American children were raised using disposable diapers. But in the 1990s the cloth diaper renaissance has breathed new life into cloth diaper businesses across the country. And many mothers are even washing their own diapers.

There are so many diaper choices available to modern moms and dads. Take the time to search the web and search your heart to make the right decision for your family.

Mischelle Weedman-Davis lives with her husband and son in Seattle, WA. She recently she left a 15-year high-tech career to be a stay-at-home mom and to use her talents to support her husband’s law career. Learn more at WashingtonAccidentBook.com