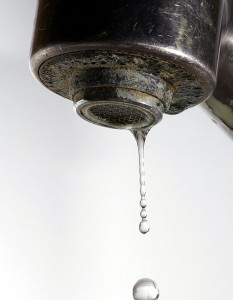 The World Health Organization says, “There does not appear to be any convincing evidence that water hardness causes adverse health effects in humans.”

Some studies have shown a weak inverse relationship between water hardness and cardiovascular disease in men, up to a level of 170 mg calcium carbonate per liter of water. Other studies have shown weak correlations between cardiovascular health and water hardness. The World Health Organization has reviewed the evidence and concluded the data were inadequate to allow for a recommendation for a level of hardness.

In a review by Frantisek Kozisek, M.D., Ph.D. National Institute of Public Health, Czech Republic gives a good overview of the topic, and unlike the WHO, sets some recommendations for the maximum and minimum levels of calcium (40-80 mg/L) and magnesium (20-30 mg/L) in drinking water, and a total hardness expressed as the sum of the calcium and magnesium concentrations of 2-4 mmol/L.

Hard Water in The US

According to the United States Geological Survey, 89.3% of US homes have hard water. The softest waters occur in parts of the New England, South Atlantic-Gulf, Pacific Northwest, and Hawaii regions. Moderately hard waters are common in many of the rivers of the Tennessee, Great Lakes, Pacific Northwest, and Alaska regions. Hard and very hard waters are found in some of the streams in most of the regions throughout the country. Hardest waters (greater than 1,000 mg/L) are in streams in Texas, New Mexico, Kansas, Arizona, and southern California which can also cause very stubborn hard water stains.

Prairie provinces (mainly Saskatchewan and Manitoba) contain high quantities of calcium and magnesium, often as dolomite, which are readily soluble in the groundwater that contains high concentrations of trapped carbon dioxide from the last glaciation. In these parts of Canada, the total hardness in mg/L calcium carbonate equivalent frequently exceeds 200 mg/L, if groundwater is the only source of potable water. Some typical values are: Calgary 165 mg/L, Saskatoon

Hard Water in England and Wales

Information from the British Drinking Water Inspectorate shows that drinking water in England is generally considered to be ‘very hard’, with most areas of England, particularly the East, exhibiting above 200 mg/L as calcium carbonate equivalent. Wales, Devon, Cornwall and parts of North-West England are softer water areas, and range from 0 to 200 mg/L. In the brewing industry in England and Wales, water is often deliberately hardened with gypsum in the process of Burtonisation.

Patrick Henry BEng (Hons), is a recognized industry expert in removing hard water stains. With an honors degree in Chemical Engineering, he teaches people how to remove stubborn hard water stains and limescale using a step by step guide. He is author of the ebook “Hard Water Stain Removal Secrets Revealed”. Complete information on his popular ebook is available from his web site. And while your there, don’t forget to subscribe to his FREE report on the reasons why hard water is such a problem in so many areas of the world. HardWaterStainsTips – Visit our popular website at http://www.hardwaterstainstips.com