The History of Candles from Prehistoric Times until Now 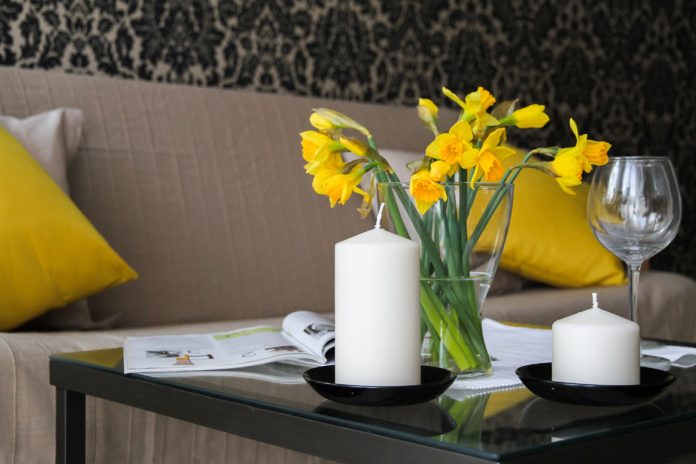 “Now, as to the light of the candle. We will light one or two, and set them at work in the performance of their proper functions”. – Michael Faraday, The Chemical History of a Candle, London 1908.

The history of candle making began with the discovery of fire. That makes it approximately 790,000 years old, based on evidence found in 2008 at the Gesher Benot Ya’aqov site in northern Israel. It is widely accepted that the first candles were actually torches that were used to transport fire.

The next crude candle that we know about was made by the ancient Egyptians by soaking straw or reed in naturally occurring resin or melted animal fat (called tallow). There is also evidence that the ancient Romans rolled papyrus and dipped it repeatedly in tallow or beeswax. This may have been the first instance of a true candle as we think of it today.

It is believed that candle making technology was developed simultaneously by many primitive cultures. There is strong evidence for this because most religions use candles; and candles are often mentioned in historical religious texts. For example, Hanukkah, the Jewish Festival of Lights, which centers on lighting candles, dates back to 165 B.C. In China and Japan, early candles were molded inside paper tubes, with wicks made from rolled rice paper, and the wax came from seeds and an insect called a “Cocus.” In India, candle wax was made from the fruit of the cinnamon tree.

As early as the 7th century in the Byzantine Empire, the first professional candle makers, called chandlers, may have originated. In the Book of Eparch, which provided regulations for economic trade in the Empire, there are rules forbidding the use of beef or sheep tallow in candle making. According to Marcus Rautman in Daily Life in the Byzantine Empire, “Candle makers were required to work out of shops and not sell their goods in the street or market. They often sold their wares by weight and with separate holders; broken candles might also be brought to them for repair.”

As you might imagine, tallow produced an awful stench. In the Middle Ages, in Europe, beeswax candles were introduced. These not only emitted a pleasant smell, but they weren’t nearly as smoky. Very desirable, indeed, but very expensive. Beeswax candles were used in churches and in the homes of the very rich. The rest of the population continued to use the stinky tallow.

In approximately the year 1300, British oynters (people who melted tallow) formed a religious fraternity in honor of Our Lady and Saint John the Baptist. By 1456, this fraternity was granted a coat of arms, and it 1462 it was allowed to call itself a “livery,” which meant that it was considered a formal trade association in the City of London. It regulated oils, ointments, lubricants, fat-based preservatives, and it managed candle making using tallow. It played a key role in lighting the streets of London after dark. Today it is called The Worshipful Company of Tallow Chandlers, and it maintains a hall near the Dowgate Hill exit of the Cannon Street Underground station.

Today, there are more than 400 candle manufacturers in the United States. In Europe, seventeen candle companies form the European Candle Association. Smaller companies or individuals may be members of the International Guild of Candle Artisans.

Today’s commercial candles are usually made of paraffin, and are produced by pressing, drawing, casting, or dipping.

Mary Martha Deane is the Queen of Candle Making. She knows more about making candles than most people can imagine. She thinks that Candle Making is a fantastic hobby, both for those who consider themselves creative, as well as for those folks who don’t yet know how creative they are.