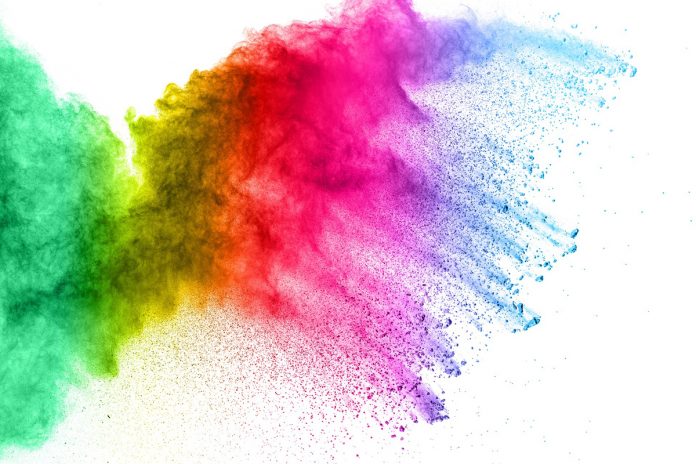 Tie dye – the history of dye…People have practiced the art of tie dye for as long as they have been adding color to cloth. In ancient times, natural dye stuffs were used such as beetroot and lichen, but colors were variable and colors faded over many washes.

Large quantities of natural material are needed to generate a small quantity of color. For example, it takes approximately 3kg of lichen to make enough dye to color a T-shirt. Considering it takes lichen years to grow just a few centimeters, the cost to the environment is fairly high, even though the by-products are bio-degradable.

Modern reactive dyes were developed and refined in the 1950’s. These took over from the natural dyes for a range of reasons. It is now possible to reliably produce every shade of the rainbow. The random element has been removed from the process and it now becomes possible to mass produce garments in the same colors, again and again.

These new dyes are also very robust and color fast over many washes. They are able to withstand modern detergents and washing machines for longer periods than natural dye stuffs.

While the American hippies of the 1970’s made the rainbow spiral famous, the art of resist dyeing goes back much further than that. Resist dyeing is a recognized national art form in Japan, dating back many centuries and an industry that attracts thousands of visitors to its International Shibori Exhibition.

The fibre arts are much respected in Europe, India, North and Central Africa, UK, Japan and America. Dye will be a global phenomenon as long as people wear clothing.

Try it for yourself today and share the intrigue of The Wow Moment!