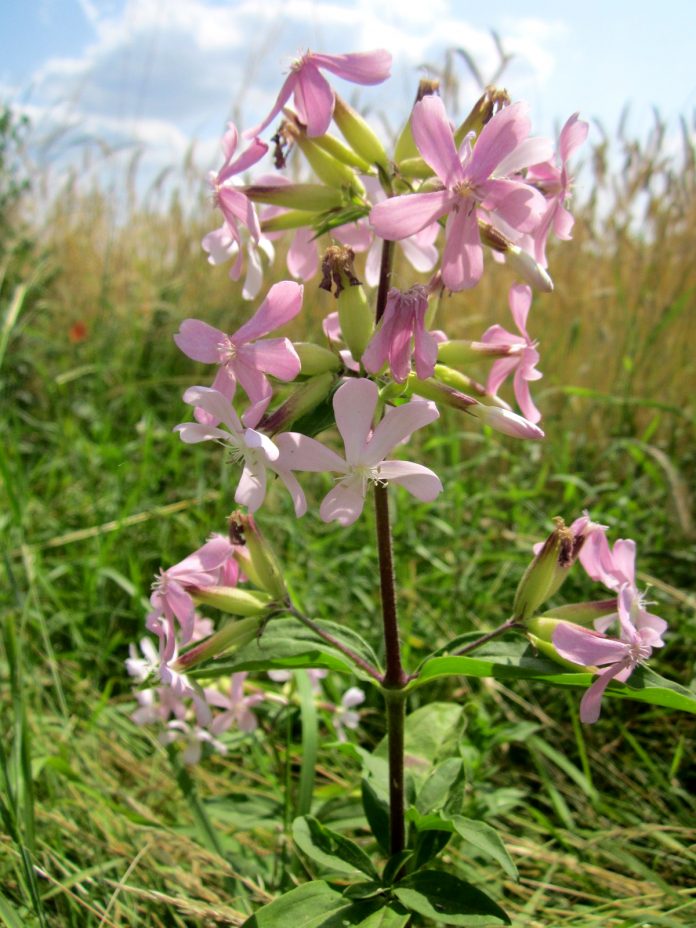 In our country’s early formative years the West was being claimed by the “Easterners” and the trail from East to West Coast could take many a month and sometimes years to complete.

The winter months were especially harsh as one approached the mountainous areas so most groups would settle in and make a permanent camp to spend the winter or actually in some cases a couple of years. This break became a time to plant crops, resupply and get ready for the next leg of the journey.

One of the customs was to leave behind something useful for the next wagon train of pioneers coming after you. You might call it a useful welcoming gift.

One of the early pioneers started a trend and her name was Betty. She knew the ladies had to find a way to clean the clothes etc. so she would take some cuttings from her Soapwort plant and plant several soapworts for the next group coming after her. Betty started a new chapter of herbal lore and legend.

Soapwort was used as a laundry powder/cleaner in pioneer days. It actually creates a cleansing soap and when the ladies were washing the clothes they would go break a branch of soapwort to use to clean the clothing.

Everywhere Betty camped she left an abundance of new soapwort plants. Over time the plant became known as the “Bouncing Betty” plant in her honor for planting everywhere she camped before bouncing to a new location.