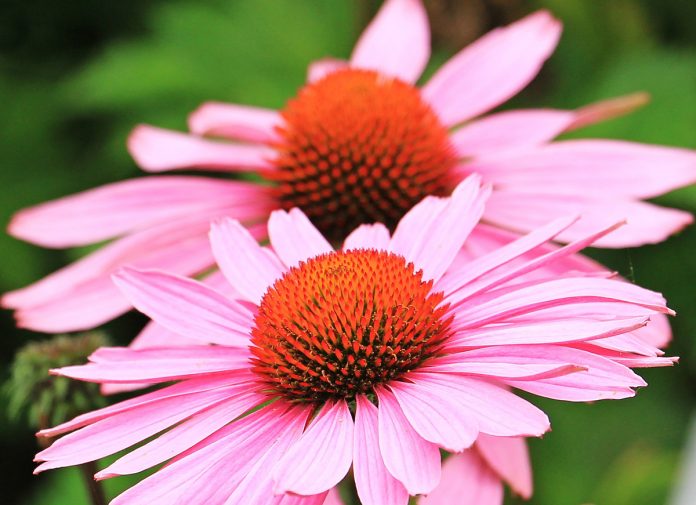 The use of herbal remedies to cure various ailments or otherwise promote general health and well-being goes back thousands of years and even in this day and age of pharmaceuticals, herbalism continues to grow in popularity because various herbs have been shown to be effective. If you are battling uterine fibroids and are looking for effective fibroids natural treatment methods, you may want to consider herbs. With that in mind, here are some of the most popular herbs to cure fibroids naturally.

While the exact causes of uterine fibroids remain unknown, there are many factors that can increase your chance of developing these fibroid tumors such as an estrogen dominant state, being overweight, poor diet and other poor lifestyle choices, not giving birth to children, etc. There are many ways to treat bothersome fibroid tumors such as hormone therapy, surgery, various natural methods including herbalism and so on and so forth.

Many sufferers usually like to start with natural methods before resorting to surgical procedures which are not only expensive but also come with various side effects.

Herbs as mentioned earlier have been used quite effectively to treat various ailments and/or promote general health and well-being. Using the healing properties of various flowers, weeds, roots, berries, leaves, seeds, stems and plants have been shown to heal and prevent various conditions without the side effects and other harmful effects associated with using pharmaceuticals or surgical procedures.

There are literally hundreds of herbs than can be beneficial for fibroid treatment. Some of these herbs work by reducing or eliminating some of the symptoms of uterine fibroids such as heavy bleeding due to having certain types of fibroid tumors. Some herbs can actually cure fibroids naturally by helping to shrink the tumors.

But the best way to cure fibroids naturally is to prevent them from developing in the first place and there are some herbs that can cleanse your system through the removal of disease causing toxins and promoting hormonal balance so that the uterus becomes an environment that is not conducive for fibroid development.

These herbs that are recommended for fibroids are usually administered in the form of teas, capsules or tinctures. Patience and consistency is key when you turn to herbalism to cure fibroids naturally.

If you know what you are doing, you can create your own herbal remedies to cure fibroids naturally but otherwise, it may be wise to seek guidance from an experienced herbalist who may create a mixture of herbs to meet your needs and you need to follow all the instructions on usage and monitor your symptoms while on this regimen.

While herbs are less potent than pharmaceuticals and with less side effects, they are still a type of medicine because they contain naturally occurring chemicals that in many cases have not been fully studied which can be harmful or cause allergies so it is important to exercise caution when using herbs. While herbs may be effective for fibroid natural treatment, they are not as potent as pharmaceuticals and it may take several weeks or months of consistent use before you are able to see any results.

While it may be tempting to experiment with various herbs including the ones discussed in this article later on, most people lack the knowledge on the impact that the herbs that they decide on will have on their fibroids, what to take, how much to take for effectiveness, when or if to stop, etc, and may become frustrated when they see no results or at worst create a toxic combination that can cause fibroids to continue to grow or otherwise negatively affect their health and well-being.

In much the same way as you would not just randomly mix and match pharmaceuticals to treat a condition, you should not seek to do the same with herbs just because they are natural and therefore assumed to be safe. Poison ivy is natural too as well as so many other plants and herbs.

With that being said, here are some of the herbs that are usually recommended to treat fibroids and in a few cases may actually cure fibroids naturally by causing the tumors to shrink.

Herbs to Reduce Symptoms such as Heavy Bleeding

The location of certain fibroids may lead to increased blood flow during the menstrual cycle and some of the herbs that are usually recommended to reduce heavy bleeding associated with fibroid tumors include but are not limited to;

Research has shown that the chaste tree can promote hormone balance. While the cause of fibroids is still unknown, many doctors believe that the development of fibroid tumors results from an estrogen dominant state which feeds fibroids. Maintaining hormonal balance is thought to help prevent and eliminate uterine fibroids and chaste tree is thought to help reduce estrogen levels while increasing the levels of progesterone which is another hormone in order to create a state of balance.

The hormonal balance provided by chaste tree is why it is also recommended for premenstrual syndrome (PMS), breast pain that is related to the menstrual cycle and can also help reduce heavy bleeding that is caused by uterine fibroids. It also helps prevent spotting between periods.

While chaste tree is usually recommended for the treatment of heavy bleeding, it is important to be cautious with this herb since it may in some cases actually cause fibroids to grow. It can also render birth control to be ineffective and is not recommended for pregnant women.

This herb helps to regulate and relax the uterus and ovaries which helps to ease cramps as well as pains in the uterus. The properties of cramp bark also help to reduce and regulate the blood loss during heavy menstrual cycles including heavy bleeding resulting from the presence of uterine fibroids.

This is a great herb to help promote gynecological health because it helps to tone and strengthen the uterus. While it can help with many feminine issues, it can also help to reduce heavy blood loss during the menstrual cycle.

There are also many other herbs that can help reduce heavy bleeding caused by fibroids such as cinnamon, lady’s mantle, shepherd’s purse, yarrow, wild yam, etc.

Some of the common herbs to cure fibroids naturally by shrinking these tumors include but are not limited to;

This very beneficial herb is good for treating various issues including many gynecological problems such as fibroid tumors. This North American wild flower which looks like a daisy is a known immune system booster which helps to improve general health and well-being in addition to helping the body eliminate disease causing toxins. Research has also shown that the healing properties of Echinacea can help cure fibroids naturally by shrinking the tumors and helping to rid the body of the dissolving matter from these dying tumors.

This is not called nature’s penicillin for nothing. While it can help with various health issues without the side effects of antibiotics, it can also help promote gynecological health by detoxifying, regulating blood pressure, improving circulation, etc.

Garlic is one of the best natural cures for fibroids because it helps stop fibroid growth by preventing fibroids from having access to a robust blood supply and nutrients. These tumors will then shrink the longer that they are without what they need to grow.

Another great herb to shrink fibroids naturally is yarrow. Its anti-spasmodics help to relax the smooth muscles of various organs in the body including the uterus which can also help to treat menstrual cramps and control heavy bleeding as well as shrink tumors.

As mentioned previously, the best way to cure fibroids naturally is to prevent them from occurring in the first place as they can affect up to 70 percent of women whether they produce symptoms of uterine fibroids or not.

Prevention is achieved through hormonal balance and ensuring that an estrogen dominant state does not occur in the body. By also eliminating disease causing toxins from the body including those in the pelvic region as well as boosting the immune system in order to help it effectively eliminate buildup of waste caused by various factors including fibroids, these tumors can be preventing from developing in the first place.

The herbs that can perform these functions and so much more are usually the safest and can be taken on a long term basis. Many of these herbs have already been discussed above such as Echinacea and garlic. Other herbs to strengthen and tone the various organs and cleanse the system include borage, black cohosh (not blue cohosh), dong quai, evening primrose, ginger, red clover, etc.

These are some of the herbs that you can use to cure fibroids naturally, eliminate symptoms of uterine fibroids or for fibroid prevention. For step by step guidance on what herbs will be suitable for your fibroid eliminating goals as well as many other effective natural fibroid treatment methods, visit http://fibroidnaturaltreatment.com/fibroids-miracle-book-review/.