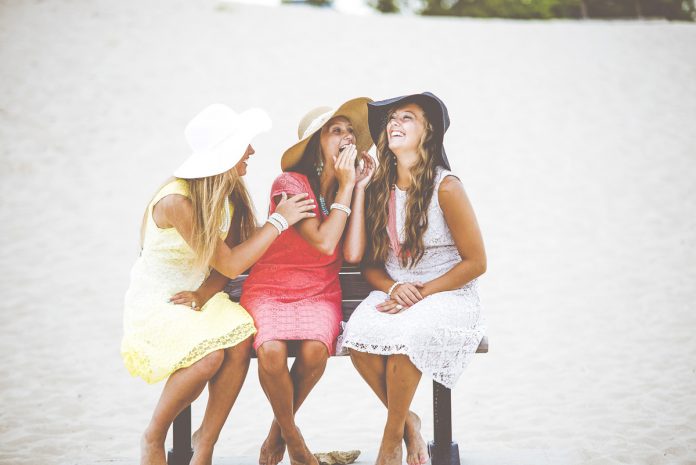 On the perspectives of laughter, why humans laugh and how laughter creates healthy optimism.

Laughter is an essential aspect of human life. A psychological theory of laughter will consider the biology or brain activity involved in laughter and the associated emotions or expressions that accompany laughter. Why do some people laugh more often than others? Why do some people only giggle whereas some others will laugh loudly or heartily? Some people with more active self-control may find it difficult or even odd to laugh too loudly. Some people may find it very enjoyable to make others laugh whereas some others like to laugh themselves and like it when others make them laugh

Laughter is essentially healthy and health experts recommend laughing exercises because when facial muscles are exercised, the respiratory system gets a boost, the brain and heart also benefit from the exercise and the level of optimism created in your mind is essentially translated into physical well-being. So, when you laugh it creates optimism and you feel happy and emotionally healthy. When you are emotionally healthy and optimistic, you are able to laugh and this creates a healthy cycle of emotions

When babies cry, you tickle them or dangle toys so that they immediately forget the negative emotion and start laughing and feel good. So, happiness being so important in life, laughter is equally important as we express our happiness with laughter. Babies are more innocent and will express their happiness quickly after bouts of crying. Adults are a bit more controlled and calculating, they may not express their happiness or positive emotions by laughing after depressive bouts or periods of sadness.

Some of the questions (and answers) psychologists must develop are:

Why do people laugh?

What are the brain mechanisms or brain activities involved in laughter?

Why do some people laugh out loud and others are more controlled?

What are the health benefits of laughter?

How does the body respond to laughing?

Why do some people like to make others laugh whereas some others are happy when others make them laugh?

Laughter has a complex psychological dynamic. You may love to laugh or make others laugh and comedians are people who like to keep their audience in control, so they enthrall and enliven people around them with jokes. When you can make other people laugh, you have power and control over their emotions, so laughter is not as simple as it seems. It involves a significantly complex psychological dynamic.

Think of comedians like Charlie Chaplin or Seinfeld. They have intense psychological control over their audience and that kind of control is power. Making others laugh will ultimately give you a sense of power, although comedians make others laugh because they release their energetic wits through their jokes. Energetic wit is creative expression and some people are compelled to create jokes and engage their audience in laughing fits.

Laughter is not just about biology but psychological expression as well so a study of laughter or even s strange study on the history of laughter could help psychologists to understand how laughter developed in humans, and how psychological expressions of laughter helped develop positive emotions,creative expressions and brought together societies and communities. In ancient times, street performers made people laugh and this type of vocation exists even today. Street performers crack jokes and make a living by making people laugh and it is part of entertainment.

Read my psychology of entertainment to understand how entertainment has a positive effect on society. Laughter is also fundamentally essential for human health, well-being and longevity. The happier you are, the longer you will live.

The Biological Basis of Laughter

There isn’t much history of laughter before the 1960s when researchers started studying the benefits of laughter. Laughter releases endorphins, which are natural pain relievers or analgesics and laughter helps in killing pain inside the body. Laughter triggers positive emotions and stimulation of the hypothalamus and amygdala and researchers have pointed out that these positive emotions have beneficial effects on the body. Psychology must continue to conduct longitudinal studies to find the long-term effects of laughter on human health. The medicinal effects of laughter must also be studied more thoroughly. If you laugh three hours a day for a year, will that relieve arthritis or other kind of physical pain? What impact does laughter have on facial muscles? Do you experience accelerated ageing or wrinkles when you laugh?

The Psychological Basis of Laughter

Laughter creates positive emotions and aids in health, longevity and long-term well-being. Some psychologists and therapists have come up with innovative ideas such as laughter therapy, laughing club, etc. Laughter may have physical respiratory benefits but finally it is the psychological benefits that will matter. The positive emotions created by laughter is contagious and laughter among team members can aid in increase of energy and accomplishments within a team.

The Philosophical Basis of Laughter

There isn’t much philosophical analysis on laughter. Early Stoic and even Greek philosophers considered public laughter as unnecessary or avoidable. Although in ancient times court jesters regularly performed to make people laugh and ancient kings had jesters or comedians to entertain the people. Laughter in early days was primarily a form of entertainment rather than psychological therapy. But entertainment does have its psychological value, so an activity that was only entertainment is now known for its therapeutic attributes. This change in our perspective on laughter is interesting and the value of laughter will only increase with more discovery.

The Literary Basis of Laughter

The literary or historical basis of Laughter shows that laughter, humor and satire were interrelated and early satirists and humorists, for instance Voltaire used laughter to influence people’s political motives and decisions. Humor and satire were political tools and laughter has always motivated people in specific directions.So laughter has been used for different purposes in history from entertainment, political or social motivation of masses to therapeutic and health reasons in contemporary times.

There are also many types of laughter, which I will not elaborate here, but types of laughter depends on the expressions, emotions involved, the social or cultural customs and individual personality. Mental illness also affects the type of laughter and some mentally ill people will have unusual laughter.

Students and researchers of psychology must ideally study the types of laughter prevalent in cultures, among certain personalities and how expressions through laughter have changed over time. Researchers must also study the history of laughter, the social customs associated with laughter, connections between humor, satire and laughter from a literary and historical perspective and the transformation of laughter from a purely entertainment based activity to a therapeutic tool with significant health benefits.