Things We Never Throw Away 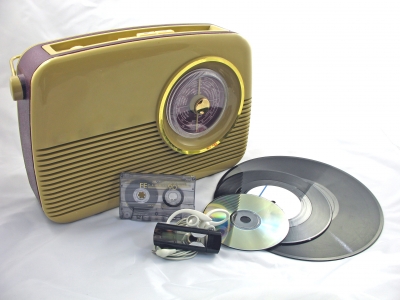 It’s interesting the types of objects we collect and never seem to throw away. I’m not talking about sentimental things like photographs, just the general brik a brak we are more inclined to keep instead of discarding.

With me, its cigar boxes and coffee cans. I’ve used them to store everything from nails and other hardware, to tickets, baseball cards, and other trinkets. I think of them as handy storage units and, as such, hate to throw them away, even if I have an ample supply of them. Most of the time I’ll ask friends and colleagues if they want them, but most decline. Inevitably, it is with deep regret that I finally decide to throw them in the garbage. What a waste.

There are other miscellaneous items we do not like to dispose of:

Shipping boxes are typically collected with the thought they can be used to mail something to a family member or friend. They are particularly handy for birthdays and the Christmas holidays, but we tend to collect too many of them. I’ve also seen boxes that have been reused many times over the years. I think some were made back in the 60’s.

Towels and cloths have a long life expectancy. Even after we have stopped using them in the bathroom they end up in a rag bag for outdoor use, such as washing cars. Have you noticed the rag bag only gets bigger, never smaller?

Just about every household has some sort of container to collect spare change. We used an old wine jug for years to collect spare change. When we finally “cashed out,” I was amazed how much we had collected. It was easily over $100. I have seen several households though where they are never emptied and sent to the bank. I don’t think a lot of people want to waste their time with pennies, nickels, and dimes.

A lot of homes seem to collect an inordinate amount of refrigerator magnets, some with such an extensive array of pictures it is difficult to see the refrigerator behind them. Every now and then you should clean those out.

Records, CD’s, DVD’s, and VHS tapes abound in a lot of homes. I still have quite an impressive collection of 33 LP’s from my youth, as well as 45’s. Fortunately, I still have a decent turntable and will occasionally play an “oldie.” However, I know a lot of people who have maintained their record collections but have nothing to play them on. I also do not use CD’s much anymore. My kids collected a mountain of them which were quickly abandoned when the iPod was introduced. I am reluctant to dispose of them as I realize it was a substantial investment.

There are people who have collected magazines over the years, even though this is something that has essentially evaporated over time. I have some copies of “LIFE” from the 60’s featuring the space race and other newsworthy events from that decade. I also have some “TV Guides” from back then as well. People also like to keep their old “Playboys,” which I’m told are now worth a lot of money. The one magazine though that most people are hesitant to dispose of is “National Geographic.” I know of dozens of homes with extensive “NATGEO” collections, some weighing so much they bend the shelves they sit upon. My parents kept their copies for years until I finally helped clean them out. Your first inclination is to give them to the local library. If you want to see horror in the eyes of someone, bring your copies of “NATGEO” to your librarian. They will only throw them away.

People also like to keep the cheap plastic pots that plants come in. I’m not sure why. They are cleaned out, dutifully stacked, and tucked away in a garage or shed where they do nothing more than take up space and collect dust. I guess this is one of those “You never know…” type of items.

Parents like to keep old board games their offspring played with during their youth. I think it’s a law that every household must have a copy of “Monopoly” tucked away in a closet somewhere. My mom also has an old “Parcheesi” set, as well as checkers and chess which nobody has used in several decades, and an old Erector Set. By the way, does anybody remember Chinese Checkers?

There are lots of other items people collect, such as old cameras, spices in the kitchen, even paper sales receipts for insignificant items.

I’m sure there are many more items I’m overlooking but these are the things that come to mind. Some we collect due to sentimental value or we perceive them as investments, others we believe will have some practical use sometime in the future. The reality though is that most of it just belongs in the garbage.

With that said, does anyone need a coffee can or cigar box?