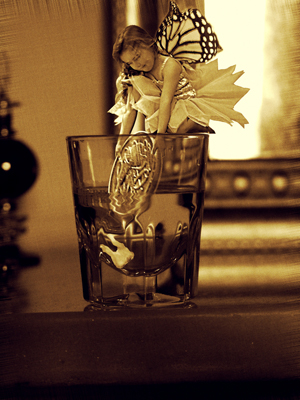 The legend and myth of the Tooth Fairy is a delightful part of our modern family culture. Kids dream about receiving a special gift or money from this charming, magical fairy.

Adults fondly remember the Tooth Fairy as a wonderful childhood fantasy of their youth, and they pass on the mystery and charm to their own young children.

In most households, the Tooth Fairy operates under cover of darkness, coming to visit after a child loses what are commonly called baby teeth. Parents help perpetuate the fantasy by showing their children how to place the lost tooth under their sleeping pillow or in a special holder or pillow made just for the Tooth Fairy. Then, the Tooth Fairy herself visits during the middle of the night, exchanging the tooth for a gift or monetary reward.

The Tooth Fairy is a lovely fantasy, but how exactly did she originate?

The beginnings of the Tooth Fairy probably began many centuries ago in a culture that encouraged folklore, legend, literature and the arts. Historians believe that this would have been a culture where the concept and myth of fairies was widely accepted — possibly in Ireland or England.

We do know that the word fairy is derived from the French spelling of faery. In a general sense, the mythical fairy dates back to medieval days and was quite widespread, especially among the Celtic peoples. References about magical fairies — both good and evil — can be found in numerous paintings and literature that predates Christianity.

Centuries later, the concept of the fairy became popular during Shakespeare’s day, as he and other writers of that time period gave them prominent roles in their plays, poems and other writings.

A Magical Myth Begins to Evolve

So how did the Tooth Fairy as we know it today begin to take root? There are several theories.

Among the Nordic people, it is widely believed that the Vikings had a “tooth fee,” that was paid to children when they lost a tooth. Once paid for, these teeth were probably strung together to make a necklace or some other type of adornment that the Viking warriors wore into battle.

In Medieval Europe, it was common to bury a child’s tooth in the ground, usually in a garden or a field close to home. Supposedly, the tooth was buried so that a new one would be free to grow in its place, and it discouraged the evil witches from finding the tooth and putting a curse on the child.

When Europeans and others began migrating to the New World in great numbers during the 17th century, they brought their superstitious beliefs with them. But as towns and cities took shape, people found that they sometimes didn’t have a place to bury the teeth. Instead, the lost tooth was often placed in a small planter, perhaps on a window sill or just outside a door.

No one really knows what prompted parents to begin putting the tooth under a child’s pillow or when the practice of leaving a gift became widespread. However, it probably began to be part of our American folklore sometime during the late 19th century.

You’ve Got Questions, The Tooth Fairy Has Answers

While everyone seems to know about the Tooth Fairy, not everyone celebrates in exactly the same manner. And, parents often have questions. Following are some common questions concerning this fantasy fairy who visits in the night and leaves presents and money.

Why did a fairy become associated with losing a baby tooth?

Many old cultures marked the loss of a child’s baby or milk teeth. Some ancient cultures placed the lost tooth in a tree or threw it to the sun. Other rituals involved having an adult swallow the tooth or burn it.

Why is the Tooth Fairy so popular?

The Tooth Fairy is a whimsical concept that helps both parent and child mark the transition from infancy to childhood. It’s a rite of passage that is not attached to any religion or holiday, which accounts for its widespread celebration.

When does the Tooth Fairy come to visit?

Although it varies, children generally lose their first baby tooth between the ages of 5 and 7 years.

Why is the Tooth Fairy traditionally female?

As a popular culture figure of relatively modern times, the Tooth Fairy is usually depicted as a woman. However, some companies are now offering Tooth Fairy “Prince” style gifts for the boys to enjoy.

What does the Tooth Fairy exchange for the child’s tooth?

A generation ago, the Tooth Fairy brought only a modest gift, perhaps a dime or a quarter. In very recent years, that amount has increased dramatically and children now receive Tooth Fairy gifts ranging from a dollar to five dollars to much more. Sometimes the monetary amount is considerably higher for the first tooth lost. Instead of cash, some parents opt for a gift. But money remains the most popular choice.

Is the Tooth Fairy celebrated around the world?

Throughout English-speaking and many European countries, the Tooth Fairy tradition is widely known and practiced. Although in many cultures, the first lost tooth is the only one recognized by the Tooth Fairy.

The End of a Magical Childhood Experience

Alas, a child’s belief in the Tooth Fairy is all too fleeting. By the age of nine or ten, most children have stopped believing in the Tooth Fairy. Many kids, however, continue to play along with their parents because they enjoy the tradition and they like collecting the money! The last baby teeth are usually gone by age 12, and the Tooth Fairy ceases her visits.

What happens to all the teeth collected over the years by the Tooth Fairy?

Some parents tell their children that the teeth become the countless shimmering stars in the sky. Others say that the Tooth Fairy is building a fabulous castle for herself using all of the “donated” teeth. Today, there are numerous books available about the Tooth Fairy that offer their own version of what happens to the countless lost teeth.

How to Make a Rustic Tooth Fairy Pillow

Nancy Wurtzel is the founder and owner of All About Baby. Copyright 2004 Nancy Wurtzel. All Rights Reserved.