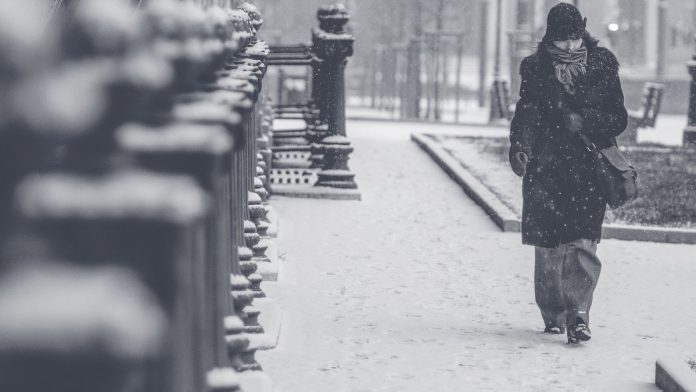 After the heat of the summer and the rainy fall we all look forward to winter – it’s cool weather, warm clothes and holiday cheer…but as the holiday season winds down and we have months to go in the winter season, we become sluggish and dread the dark days and cold weather. Waking in the dark and coming home from work in the dark hinders our exercise routines: causing fatigue and sluggishness – which leads to too much sleep and ultimately weight gain for a lot of us — paired with low moods and symptoms that mimic depression. It is well known that those suffering from depression have a worsening of symptoms in the winter and while roughly 3% of the population has been diagnosed with seasonal affective disorder (SAD), countless others have what is termed the “winter blues.”

So while any depression symptoms or SAD should be handled by your clinical physician, those of us who tend to experience more mild symptoms related to the darkening winter season there are some natural ways we can try and enhance our mood and energy while we await the spring sunshine.

Vitamins & Supplements to Help with Your Winter Blues

Vitamin D – the sunshine vitamin! The best source of vitamin D is sun exposure, which is needed for the body to synthesize vitamin D and though very little exposure is needed for this conversion, even that is hard to obtain in the winter months in most parts of the country. The fact that vitamin D deficiency is widespread (over 70% of the US population is thought to be vitamin D deficient) the need to utilize supplements to obtain adequate vitamin D levels seems like a necessity. These low levels may also underlie the winter blues. The Third National Health and Nutrition Examination Survey found that likelihood of having depression in people with vitamin D deficiency is significantly higher compared to those whose levels are sufficient.

Fish Oil – provides a good source of omega-3 fatty acids, which are known to play an important role in brain function and countless studies have suggested many other benefits for these ever important omega-3 fatty acids. Some scientists and researchers also believe that an imbalance between omega 3 and omega 6 fatty acids contributes to depression, violent behavior and many other health issues.

B Vitamins: are essential for cell metabolism, central nervous system maintenance and they also help to increase energy levels. Vitamin B12, Vitamin B6 and Folate in particular have been found to be associated with a lower prevalence of depressive symptoms.

SAM-e- (S-adenosylmethionine) is made from the amino acid methionine and ATP and is a naturally occurring compound in human cells. SAM-e is used as a mood booster by influencing brain chemicals like serotonin and dopamine. SAM-e has been widely prescribed in Europe for years.

Herbs to Enhance Your Mood When You Have The Winter Blues

St. John’s Wort: has long been used in Europe for mood disorders and an anti-depressant. St. John’s Wort boosts serotonin levels and promotes emotional well-being and balance, which may help with symptoms of SAD and winter blues.

Chamomile: Getting a good night sleep will help combat those winter blues, however, in the winter there is said to be a delay in circadian rhythms with respect to the sleep/wake cycle. Many studies have shown chamomile’s calming effect and most recently a University of Pennsylvania study revealed that chamomile reduced the symptoms of anxiety and depression. Chamomile has also been found to be effective in helping with insomnia.

Ginseng: is a powerful adaptogen that strengthens and stimulates the immune system. An adaptogen is a substance that helps the body adjust to environmental stress of all kinds. Ginseng is also known to increases energy and vitality and builds resistance to stress.

Other Natural Ways to Protect You From The Winter Blues

Exercise – Get some fresh air! Exercise is one the most effective ways to combat depression and fatigue. 30 minutes a day will do wonders for your body and your mind!

Aromatherapy Lavender – releases serotonin to produce a calming influence in the body and help combat stress and induce a feeling of relaxation.

Always be sure to discuss your health concerns and dietary supplement intake with your physician. During the cold winter months it is also important to keep your immunity levels up by: getting plenty of rest, drinking lots of water, eating a well-balanced diet and taking a multivitamin/mineral…so you can beat the winter blues… naturally.