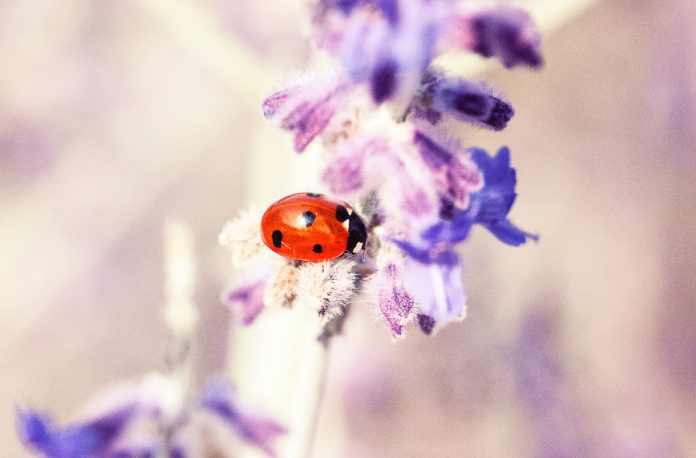 Human beings are superstitious by nature and they belief that there are certain things and objects that can either bring them good luck or bad luck. One such thing that people claim to be lucky is the ladybug. The question remains do ladybugs bring good luck or is this just an old wives tale.

In order to answer this question, we will have to delve into history and religion. The Christians associate the ladybug with the Virgin Mary. In the Middle Ages, the farms in Europe were infested with insects, who were destroying all the crops. So, the farmers requested the Virgin Mary to help them out and no sooner had they done this, ladybugs began to appear across the affected farms. These bugs ate up all the marauding insects and helped the farmers to protect their crops. The farmers named these bugs The Beetles of Our Lady and as time went by, the named changed to Lady Beetles and thereafter to ladybugs. So, ever since farmers believe that ladybugs bring luck and good fortune.

In England, the ladybug is believed to be harbinger of good luck. The farmers believe that they are a sign of bountiful harvest. Whereas, the French think that ladybugs are a sign of good wine. Finding a ladybug in a vineyard means that good weather will prevail and this means that the grapes will ripen without any problems and the resulting wine will be tasty with a fine bouquet.

In Sweden, if a ladybug crawls on a young woman’s hand, it is believed that she will get married soon as the bug is measuring the woman’s hand for her wedding gloves. This same belief is prevalent across Central Europe too. Another belief about the direction that the ladybug flies in after crawling on a person’s hand is believed to give the direction from where the person’s true love will come.

Nearly all cultures, believe that ladybug is a bringer of good luck and that is why there is superstition among people that having or seeing a ladybug means good fortune and luck. Whether this is true or not is debatable, but usually what the majority believes is always believed to be true!

How to Control Earwigs Naturally