Does Eating Raw Foods Make Sense in The North? 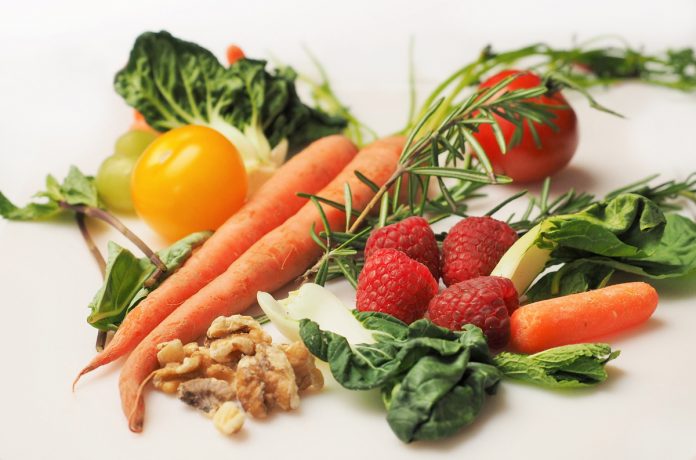 Have you bought the idea that a completely raw food diet is the ultimate, most logical, best diet for all humankind, no matter where they live in the world? (Like Inuit eating watermelon…)

It seems to me that it’s the implied idea transmitted by many raw-foodists, raw food website, books and seminars.

Raw Food is Good, Cooked Food is Evil, and the World Would Be a Better Place If Everyone Ate Only Raw Foods

OK, I may be exaggerating, but often that’s the general tone of many of the raw food gurus’ message.

Is it actually true?

Would it be possible that the resources required to transport those foods would actually make the raw food diet fairly unecological, considering the fact that eating a diet of bananas and mangoes in Northern Canada isn’t the most natural choice?

It’s fairly well-known that anyone deciding to eat only raw foods in a sustainable way (for health) needs to eat a tremendous quantity of fresh fruits and vegetables.

In order to get enough calories from fruits and vegetables, without using too much raw fat (which would be detrimental for health), here’s the average amount of food that’s necessary:

I based those numbers on average consumption most 100% raw foodists go through in a typical day (those who are not on a detox program!).

Where does your food come from?

If we would want to get a more accurate picture on the ecological impact that eating a large quantity of imported fruits would have versus a smaller quantity of local cooked, animal or grain foods, we would need to analyze a lot of variables. I haven’t been able to get an accurate estimate from the data that’s available.

But just knowing that most imported fruits come from fairly far away, and that large quantities are necessary on a completely raw food diet, I can draw the obvious conclusion that eating this way is not necessarily the most logical, natural and ecological choice.

All of the fossil fuels used to transport all of these foods leave an impact, which may offset or even counter-balance the possible environmental benefits of choosing a raw vegan diet (which requires less resources when produced locally), versus a local diet that would contain both raw, cooked, plant and possibly even animal foods.

It’s always been obvious to me that a diet of all raw foods in Canada makes less sense on many levels that one that includes some cooked foods, more local foods and fewer imported fruits.

There’s also the fact that these fruits are picked unripe in many cases, the acidity level is too high and the nutrient level too low.

So is the solution for all raw-food enthusiasts to move to the tropics? Certainly not!

– There’s no need to demonize cooked food – A diet that includes both raw and cooked food makes a lot of sense on many levels. You don’t have to eat 100% raw. This is really an individual choice based on your health, your location, and your preference.

– A raw food diet can be unnatural – Eating 100% raw foods in the north can be unnatural and unsustainable. And for many more reasons that I can expand on in future articles, it’s certainly not a solution that can be proposed to the entire world!

– If you live in the north, follow the seasons – Many people, as summer approaches, have the desire to include more raw food in their diet. But in the winter, instead of freezing to death, they choose to incorporate more raw, cooked foods. That is perfectly fine, natural and even desirable for most people.

Here’s a list of some additional tips to enable you to eat more ecologically and sustainably, while incorporating more raw fruits and vegetables in your diet, no matter where you live:

1- Freeze Berries and Other Fruits in Season

Berries are some of the most nutritious and antioxidant-packed foods you can eat. To avoid the consumption of too much imported foods in the winter, I encourage you to freeze a huge quantity of ripe, local, organically grown (or wild) fresh berries when they are in season. I personally freeze a lot of wild blueberries, which are local. Then, use them throughout the winter in your recipes. You can thaw them in advance to avoid the negative effect of consuming cold foods.

Grow some fresh, toxin-free sprouts such as clover and sunflower greens, to get a supply of cheap, fresh, local vegetables in the winter!

3- Avoid Out of Season Fruits

Some fruits may be available in your store, but may actually be out of season in your hemisphere of the world. If you live in North America, the season for grapes usually ends in September or October. Grapes during the winter are imported from countries situated in the opposite hemisphere, such as Chile, where the seasons are reversed. Avoid that! Learn the seasons of different fruits and vegetables and choose to avoid foods imported from such far-away places.

4- Make Different Salads and Vegetable Dishes in The Winter

In one of my recipe books, I give different kinds of salads and dressings depending on the season. In the winter, I recommend salads made with cabbage, carrots and other root vegetables. In the summer, I incorporate more lettuce, tomatoes and fresh vegetables. You should do the same.

Exotic fruits such as durian, Thai coconuts and litchis can be great to try, but they inevitably come from faraway countries such as Thailand. In addition to leaving a huge ecological impact for being imported from so far, they are also heavily sprayed with toxic chemicals. Durians are particularly notorious for that. Try them for fun, but stick to fruits and vegetables as local as possible – at least from somewhere you could drive to.

Finally, I would like to encourage you to continue making the best choices for your health. Sometimes, that may sometimes mean:

Look at true consequences of your own choices, and realize that there’s not one size that fits all.

Frederic Patenaude is the author of the book “The Raw Secrets” and offers a free subscription to his ezine “Outrageous Health & Success” – available at http://www.FredericPatenaude.com