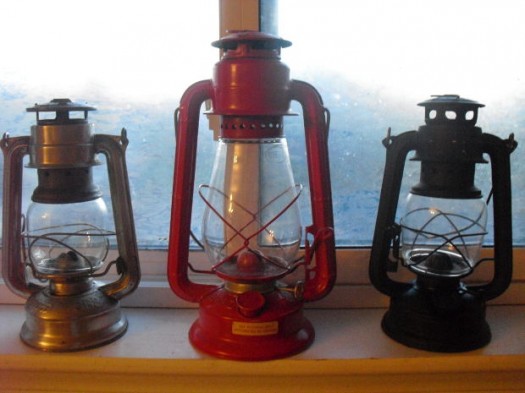 The history of oil lamps is fascinating, for without the ability to provide light after dusk, our ancestors’ progress would have been slowed immensely. Let’s shed some light on the history; shall we?

For prehistoric man, discovering light by rubbing two stones together, to create a spark of light, has gone down in history as the key pioneering moment for human civilization. This was followed by use of oil which greatly supported combustion and helped in lighting torches for prolonged durations. The humble oil lamp has been around for ages. The word lamp is derived from a Greek word lampas which means torch. Gradually these long torches gave way to a bow shaped container with a spout and a wick which is the portion that casts light.

Oil lamps in the Greek-Roman era were made of clay and terracotta. Animal fat or olive oil was used for lighting these lamps. Over time, these first oil lamps, were eventually made of bronze, stone, alabaster and other materials.

By the 1700’s the original oil lamp got its first substantial makeover. Swiss chemist, Aime Argand, invented a circular burner with a circular wick and used glass chimney to protect the flame from extinguishing. Gradually, the lamp fuel also evolved. As you may know, early lamps used animal fats, olive oil, beeswax or whale oil. The newer lamps ultimately used kerosene. However, kerosene, or coal oil, gave off an unpleasant odor and smoke. By the 1800’s, paraffin oil, which is inexpensive and smokeless became the lamp oil of choice.

With the invention of electricity in late 1800 by Benjamin Franklin and Thomas Edison, use of these lamps got scaled back. These humble oil lamps add drama to any indoor space and are widely used by hotels and restaurants to provide nice and warm ambiance. Oil lamps are still used in some parts of the world as the main source of light where electricity is still a luxury.

In southern Asia, especially India, the festival of lights Diwali is celebrated with a lot of pomp and show. In this festival, oil lamps play a significant role and traditionally people use mustard oil to light lamps. These particular oil lamps are lighted in humble terracotta containers called diyas.

Today various oil lamps are used in high ticket spas and restaurants as they instantly create instant ambiance and a sense of relaxation. Old oil lamps bring a nostalgic feel to any indoor space and are very popular these days. The history of oil lamps will always expand as long as we incorporate their use into our modern settings over time.