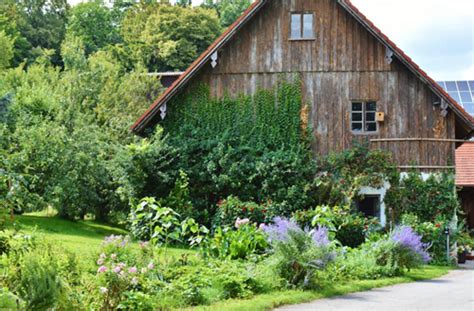 Summertime brings back memories of the smoky smell of coal oil lighting, the feel of cool dank air rising from the well with the scent of the wet hemp rope, and the warmth of sun and family love.

Mother and Dad were teachers eight months a year in the small town of Jonesboro in Southern Illinois. In addition to the financial necessity of moving to the farm during their salary-less summers, they wanted to teach their three children by providing living history lessons. They day dreamed of opening a summer camp so more children could experience the old ways. After we children grew up, my father took many other youth “down to the farm” for Saturday adventures at his old home place in rural Johnson County near the village of Goreville. An almost faded way of life existed there for me and others to enjoy.

Living on the farm those four months each summer brought the challenge of being self sustaining. Mother gardened to feed us. Dad milked cows and taught me and Jim, my brother, to do so. We had mushrooms to hunt, poke salad to cut, and blackberries to pick and feast on. We had no water, electricity, or heating bills. Mother and Daddy rented our home in Jonesboro. That rent with a few dollars from eggs and cream that Mother sold at General Vaughn’s store was most of our summer income. How rich we were, however!

How to Freeze Blackberries

Mother lit two kerosene lamps each night. Afraid of an explosion, she did not trust me to light them nor to slowly turn down the wick and blow out the lamps for many years. However, because my hand was small enough to fit inside the sooty globes, I usually washed them in the hot soapy water left from doing breakfast dishes. Mother taught me to be very careful as I did this task, and I felt important. I was given a small kerosene lamp for the upstairs attic bedroom the first summer in that room without my older sister, Rosemary. The upstairs was dark and shadowy at night, but my little lamp helped build confidence as I climbed the steep stairs.

Rosemary had decorated our half of that long narrow room with slanted ceilings. To an old white woven bedspread, Rose added bright red print in a ruffle that fell to the floor, thus covering the feather bed, which was laid on a straw tick on an old rusty bedstead. For a dressing table, an orange crate was nailed horizontally to the wall to make two storage shelves and then skirted with the same red print. Rose also skirted a wooden keg and padded the top for a seat. In my childish opinion, our more formal bedroom with real furniture left behind in Jonesboro did not compare in beauty.

Mother led us on blackberry expeditions in July. We ate the fragrant juicy jewels three times a day during season–on cereal at breakfast, in pies and cobblers at noon, and with sugar and cream at supper. Mother made wonderful blackberry cream pies that I have never had the privilege to eat again. I figure she made up that recipe to add variety in our menus.

How to Make an Old Fashioned Buttermilk Blackberry Cake from Scratch

We put buckets of rich milk down in the well to keep it cool, and we drank milk to our heart’s content. Mother made butter and cottage cheese. She and my brother loved to drink buttermilk although it made me make faces.

Mother and Aunt Grace competed and cooperated in helping their families live well on little money. Grace was her sister-in-law who lived on the edge of Goreville year around. Both women were intelligent, well read, and industrious, and they succeeded very well in their thrift.

One summer they came up with a recipe for using all that excess milk and cream to make real cheese. Mother was never satisfied, for the cheese lacked firmness and had the consistency of a spread. It tasted wonderful, and I considered the enterprise a great success. I also adored the homemade root beer Aunt Grace made and served as refreshment on a hot summer night.

The Saturday night or Sunday afternoon ice cream was a treat to remember. Ice would be bought in town and carried to the farm in a gunny sack. Then Daddy crushed it with the side of the axe that we used to chop our firewood for the wood stove. Mother discovered she could buy broken peppermint sticks in great quantity for almost nothing from the wonderful old-fashioned candy case at Vaughn’s store. She would crush the peppermint with her big wooden rolling pin, and by adding it to the junket mixture, she created a dessert to be cherished. Daddy and Jim were the ones who turned the crank until the liquid solidified in the shiny tin cylinder sitting in the middle of the salty ice collar. Mother saw the men struggle to turn those final cranks to make the cream hard, and she suffered watching me stir my ice cream until I got it back to liquid to drink from my bowl! Ice cream making was a tiring task for her at the end of a full day. Yet she was conscientious to wash that tin cylinder, never letting it wait until the next day. The salty water on the sides would cause it to rust, she explained

We sat outside in the evenings, for there was always a wonderful breeze at Mt. Airy Farm on our hillside. When East St. Louis cousins came down for a week or so to stay with us, we would even sleep on blankets in the front yard. The cousins were Boy Scouts and eventually brought a tent, and we really thought we were spiffy when we camped in a tent.

We kept meat grease handy for spreading on the many chigger bites that came with camping outside. One of our great excitements was thinking we had a thief when our meat grease kept disappearing. Then we found that Lucky was licking it up. He assumed it was a doggie treat for him.

Daddy was a fanatic about washing before meals. We dipped the water into the metal wash pan on the water bucket table. Daddy taught us to roll up our sleeves and wash those arms up past the elbows when we washed our hands and faces for mealtime. There were no dusty people at Mother’s table. Armed with soap and towels, we were sometimes allowed to take a bath in the mud-bottomed pond just over a hill in the cow pasture and clean up for church the next day. We still had to wash our mud-entombed feet when we got out.

Other times we took that bath in one of the wash tubs that Mother used for doing the laundry, which she scrubbed on a washboard using the lye soap she had made from the abundant meat grease from the farm raised pork. It was good to help her hang up the clothes on the line and feel the cool dampness flap in my face on a hot summer day. Air conditioning never feels better than those cool tappings of wet laundry.

Through the Rural Electrical Association, we finally got electricity at the farm, but we no longer summered there. As a teenager, I loved summers in Jonesboro with my friends and the opportunity to participate in summer band. And I may have been the reason my parents decided to stop moving to the farm each summer. But probably not. Although they were always concerned for our welfare, my parents modeled living their own lives and not living through their children. Daddy continued making a weekly farm trek to take care of things. When possible, I went with him.

This particular Saturday trip was on a cold winter day, but we were full of the warmth and anticipation of meeting a man and his wife who were going to wire the small farm house, which was not rented this particular winter. We built a fire in the heating stove, and I was fascinated watching the couple install the magical wiring. The lady, who was very kind to me, grew thirsty, and I was with her when she went to the well to draw herself a drink of water. I was appalled to see her suddenly pour water into a metal cup on the well curb there. Before the words formed to stop her, she had drunk from the cup! I was old enough to know not to tell her that she had just drunk from Lucky’s cup, which we kept on the concrete slab so when we drew up a bucket of water, we could pour a fresh drink for our beloved dog.

Sue Glasco has written a book about the 1960s called Down on the Farm: One American Family’s Dream. http://sueglasco.tripod.com