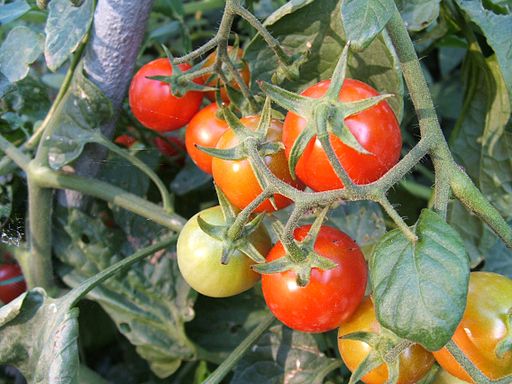 If you have old car tires hanging around in the garage put them to work growing vegetables. Remove the center hub and just use the rubber tire itself. The tires make handy plant containers when set in the garden. They are also useful stacked. The tires will last quite a few seasons and can be used year after year.

Lay a tire horizontally on the top of the ground. It’s not necessary to cultivate the ground. If grass is growing where you lay the tire, cover the grass with a one inch thick layer of newspaper.

Mix garden soil with equal amounts compost or organic material. Fill the centers of the car tire with the mixture. It’s not necessary to pack the insides of the tire tubes with soil. Enough should spread out from the center of the tire to do the job.

Plant three seed potatoes in the soil about an inch under the soil in the center of the tire. Water until the soil is completely wet.

Add another tire on top of the first one when the potato has sprouted and is 8 inches tall. Fill that tire with additional soil mixture. Potatoes form on the stem area that is underground. Burying the stem by adding a tire and filling it with soil means more potatoes will be formed. Continue adding additional tires as the potato grows until the stack is four or five tires high.

Water if there is less than an inch of rainfall per week.

Harvest the potatoes when the plant has blossomed, the leaves turn yellow and starts to wither. That’s when the potatoes are ready. Remove the tires one by one and search through the soil with a hand shovel.

Place three tires horizontally on the ground. Fill with composting materials. One third green matter such as grass clippings, one third brown matter such as dead leaves and one third kitchen refuse like vegetable peelings, coffee grinds and tea bags. Water so the ingredients are lightly moistened.

Add two more tires on top of the first three when the first three have been filled with compost material. It may take several weeks to get enough composting material to do that. Fill the top two tires with the mixture of garden soil and compost.

Plant vegetables that demand rich soil and that vine or trail such as cucumbers, melons and tomatoes. The stack of tires gives the vines room to grow down instead of spreading out on the ground. The compost in the bottom adds lots of organic material.

Dee Power is the author of several nonfiction books. Her hobbies include gardening and cooking. She likes to share her gardening tips and how to grow vegetables.