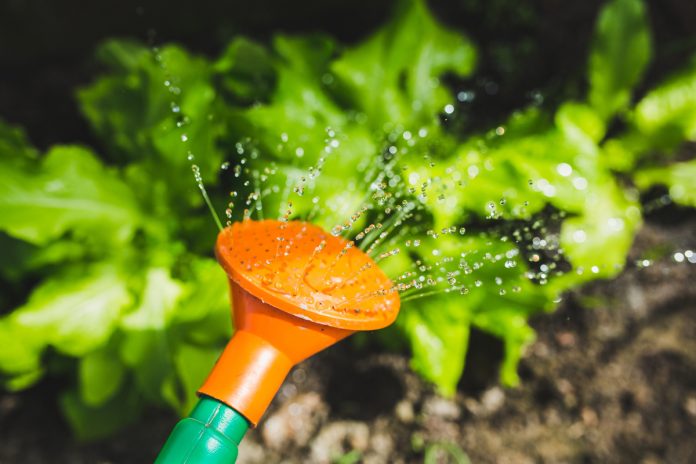 For any gardener who still hasn’t been convinced about the need to garden organically, here are some statistics that may help change your mind. In March of 2001, the American Cancer Society published a report linking the use of the herbicide glyphosate (commonly sold as Round-up) with a 27% increased likelihood of contracting Non-Hodgkins Lymphoma. John Hopkins University also revealed that home gardeners use almost 10 times more pesticide per acre than the average farmer and that diseases caused by environmental illness, exposure to chemicals etc., is now the number one cause of death in the U.S.

With the EPA’s recent phasing out of common pesticides such as Dursban and Diazinon, we are now realizing that many of the chemicals that we thought were “safe” were never actually tested to see what their affect on children, women, and the elderly could be. The time has come to reassess our dependence on pesticides.

For anyone contemplating the switch to organic gardening, here are a few ingredients that should be in every gardener’s toolkit:

Many cultures around the world have used garlic as a natural antibiotic and antifungal remedy. When garlic is combined with mineral oil and soap, it becomes a very effective pest control product. However, when it is sprayed, it is not a selective insecticide. It can be used to control cabbageworm, leafhoppers, squash bugs, whitefly, but will also affect beneficial insects so be careful where and when you apply this product.

Recipe: Allow 3 ounces of finely chopped garlic to soak in 2 teaspoons of mineral oil for 24 hours. Add 1 pint of water and ¼ ounce of liquid dish soap. Stir well and strain into a glass jar for storage. This is your concentrate.

To use: Combine 1-2 tablespoons of concentrate in 1 pint of water to make the spray. Do be careful not to make the solution too strong. While garlic is safe for humans, when combined with oil & soap, the mixture can cause leaf injury on sensitive plants. Always test the lower leaves of plants first to make sure they aren’t affected.

Fungal diseases can be a serious problem for gardeners, especially in the heat of the summer. Powdery mildew and black spot seem to be the most common diseases that cause gardeners to reach for the spray bottle. Now, instead of reaching for a chemical fungicide, gardeners can open the fridge for an excellent fungal control – milk!

In 1999, a Brazilian scientist found that milk helped control powdery mildew on cucumbers just as effectively as a synthetic fungicide. Since the study was published, the news has traveled around the world and encouraged gardeners and farmers alike to try milk as a fungal control for a variety of diseases. So far, there has been success reported on the use of milk to control powdery mildew on a variety of different plants. In addition, it has also been found to be an effective control of black spot on roses.

Any type of milk can be used from full milk to skim to powder. However, the low fat milks have less of a chance of giving off any odor. The recipe calls for milk to be mixed with water at a ratio of 1 part milk to 9 parts water and applied every 5-7 days for 3 applications.

Slugs are attracted to chemicals given off by the fermentation process. The most popular bait has been beer. However, not all beers are created equal. In 1987, a study at Colorado State University Entomology Professor Whitney found that Kingsbury Malt Beverage, Michelob, and Budweiser attracted slugs far better than other brands.

Whatever the type of beer you use, you can create your own slug trap. Use cottage cheese, margarine, or similar size plastic containers. Put between 1/2 and 2 inches of beer in each container and place the containers around your garden, especially around plants prone to slug damage. Never, sink the containers with their rims flush with the soil level or you run the risk of drowning ground beetles, important slug controllers. The rims should be 1″ above the soil’s surface. You will probably need to empty the container of drowned slugs every other night. The range of slug traps is only a few feet so you need to supply a few traps throughout your garden.

The easiest method of pest control is to prevent damage in the first place. Using a physical barrier like a floating row cover will prevent insect pests from reaching your plants and chewing them or laying their eggs on them. I find floating row covers a must when growing carrots to prevent carrot rust fly damage and when draped over my broccoli, I prevent imported cabbage-worm from defoliating my plants.

Floating row cover is a fabric made of spun polypropelene fibres. The fabric itself is very lightweight and will sit on top of your plants without causing any damage. The fabric allows both light and water to penetrate it but prevents even the smallest insects like flea beetles from getting to your plants.

The fabric is sold at most garden centers under many names like Reemay, Agrofabric and Agribon and comes in a variety of different weights. The lighter weight fabrics are best for use during the summer. The heavier fabrics do hold in some heat and are best used in the early spring or late fall. The added bonus is that they can also help extend the gardening season by a few weeks!

Weeds are some of the hardest pests to control organically without resorting to physically pulling each one out. If your weeds are coming up in small clusters, it is easy to deal with them by pouring boiling water over them. However, if you’ve got a large area, the best way to control them is to smother them, also known as sheet mulching.

I prefer to use either newspaper or cardboard to smother my weeds instead of plastic. Both newspaper and cardboard degrade naturally and will, over time, add carbon into my soil, helping provide organic material. In addition, most newspapers are now printed with soy-based inks, which will also degrade in the garden.

If you decide to use newspaper, make sure you place it at least 4-6 sheets thick over your weeds. One layer of cardboard is usually sufficient to get the same effect. It takes at least a month to kill most weeds so I find the best way to use this method is to place the newspaper or cardboard over the weeds in the fall. Come springtime, the weeds are dead, the mulch has degraded, and I’ve got wonderful soil to work with.

For anyone who is concerned about the aesthetics of newspaper or cardboard, you can also cover the mulch with grass clippings, compost or bark mulch for a nicer look. Make sure whatever you use is free of weed seeds.

Arzeena Hamir is an agronomist and garden writer.